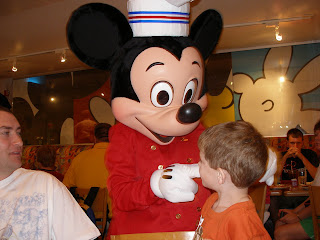 BONUS READING FOR ALL MY EAST COAST FRIENDS GETTING STIR CRAZY ALREADY! STAY SAFE!
Author: Disney Diva
Many people have a miserable time at Disney World because they do not seem to understand that its not what you do, its what ORDER you do things in that makes your trip successful. ”
– Diva husband

Its so absolutely true its ridiculous. We saw people jumping from major ride to major ride and standing in insanely long character lines and just shook our head. At the heart of it, I believe, is that people don’t understand how to use fast-pass to its full advantage. For example, people will get a fast pass for Space Mountain and then foolishly go and wait in Splash mountain for an hour!! NO NO NO, you’re not maximizing your trip people. So let us give you a few hints to help you use those fast passes better and understand what order to do things in to avoid the major Time Pitfalls of WDW.

1) KNOW THY MAP– Before you even leave you should study Disney World maps like you were about to pick a college! Knowing WHERE things are in relativity to one another is KEY to using time wisely. We watch “stinkin’ map readers” (who always seem to stop in the middle of the walkway to read their maps!) waste precious moments of Disney time. Study!!! Buzz Lightyear is no-where near Haunted Mansion. Know this, and know it well. (Ps. my 8 year old son can actually close his eyes and visually walk you around the parks, so I know you can learn it too!) Don’t have a map already? You can get one custom made for your family to study at http://customizedmaps.disney.go.com/

2) WAKE THYSELF EARLY – Prime time is park openings peeps! Be there for park openings and truck it to the rides that get insanely long FIRST (those are listed in another commandment). If you have a brain in your head and take a nap (like the Disney Diva has told you half a million times) in the middle of the day then it will be significantly easier to drag yourself up and out in time. Getting there early and staying late is the BEST way to do Disney. Get out during the time when everybody and their mama’s there (ie. heat of the day). Read more about how to avoid melt-downs and also quite places to rest in the park (if you’re off property). Some with teens say that they NEVER get there early, and that’s cool because YOU are probably staying in the parks late. But if your little one conks out before fireworks even start you need to get there at park opening!!

3) BOOK THYSELF CHARACTER MEALS– Major time pitfall…. standing in character lines. This can be easily avoided by doing 2-3 meals. (two for us because our kids don’t like Pooh characters). All you really need is Chef Mickeys, Akershus, & Crystal Palace. At Chef Mickey’s you will get the “Fab 5” Mickey, Minnie, Pluto, Donald, and Goofy. At Akershus you get Belle, Ariel, Cinderella, Snow White, or Jasmine. Crystal Palace knocks out Pooh, Piglet, Tigger and  Eeyore. Hello, that’s almost your whole autograph book full already! Schedule these early in your trip so you can just walk by and wave without your kids going into utter melt-down at you not stopping to get MORE of the same. Either way, don’t stand in those crazy long lines unless its your child’s most favorite character in the world.
4) BOOK THY CHARACTER MEALS AT GOOD TIMES– (online and 6 months in advance)We always do Chef Mickey breakfast first full-day 1 (about 7:45 if the magic kingdom opens at 9). This makes it possible to be at Magic Kingdom for park open. Akershus FOR SURE as a breakfast (the rest of the food wont be touched by the majority of Americanized kids) again 7:45am if park opens at 9. Crystal Palace is yummy at lunch and good at breakfast too. Crystal Palace gets you in early if you go for breakfast and there for rope drop (Rope drop makes it possible for you to get in to the actual lands), but I’m telling you that their Ratatouille is sooooo delicious at lunch!

5) DON’T BOOK THY TRIP HOLIDAY WEEKENDS – Yes, you’re off work… but SO IS EVERYBODY ELSE. If you really want shorter lines, less congestion and more fun think about those “random” times to go. For example, SEPTEMBER rocks at Disney, January, February (but not on MLK, Presidents Day, etc) and the first two weeks of May is usually pretty good as well. The months that have “spring break” and “fall break” are also bound to be more crowded. Read our article on Best and Worst times to go to Disney World.

6) USE THY CELL PHONE APPS THAT TELL PARK TIMES– If you have web access on your phone it will be your saving grace!! I have a droid and paid the subscription to the touringplans.com “Lines” app because, in my personal opinion, it is the best. It has it where you can update line waits as you see them and see other peoples wait updates (and how long ago they posted the wait). There are other ones. Droid has a free one that’s done by Undercover tourist called Disney World Times Lite. There are other ones too. Its worth it. USE IT! We even have our own Tips from the Disney Diva app.! Find it on itunes at WDW Diva!!

7) KNOW THY LONG LINED RIDES– There are rides that get crazy lines. CRAZY long lines which (I cannot understand sometimes to be honest) its vitally important that you know WHICH ones those are in each park. You go to those first. What I have noticed is that 1 hour after park opens these lines are going to be LONG for these rides. So if you don’t get them done in that first hour start using fast passes and move on or save them for another morning.
Magic Kingdom – DUMBO, Peter Pan, Splash Mt., Big Thunder Mt., Space Mt., Buzz Lightyear, Pirates can get long (USE LEFT LANE IT IS SHORTER), and Jungle Cruise (Which I cannot understand why the heck it gets long). With the new opening of Fantasyland later this year this may change some, like I’m sure you’ll want to get to Little Mermaid quickly and Storytime with Belle.
Epcot – RUN to Soarin’, Test Track, Mission Space can get long in summer, Spaceship Earth goes through shifts of busy and empty only go when its empty.
Hollywood Studios – Run in a semi-psycho way to Toy Story Mania (get the stroller later, rental/parking only takes time), Rockin’ Roller Coaster, Tower of Terror, Star Wars will get crazy again once it re-opens.
Animal Kingdom – Everest, Kilimanjaro Safaris, Dinosaur (comes and goes in length)

8) DO THY LITTLE RIDES WHILE WAITING FOR FAST PASSES – As I mentioned before you do not go wait in one long line while waiting for a fast pass to come up. You do the smaller rides around it while waiting for your fast passes. Usually fast passes “come due” 1-2 hours after you get the actual ticket. So lets do a little scenario here.
FAST PASS- Splash Mountain.
WHILE WAITING – ride Aladdin’s Magic Carpets, Tiki Room, Pirates (if lines not long), , Country Bear Jamboree, Haunted Mansion, Liberty Bell.
EAT – Pecos Bill if you knock out all those rides quickly.
*If its an insanely long fast pass time (example Soarin’ you pick up fpass at 10:30 and its not coming up till 2) then normally it will give you a TIME when you can get another fp. Send someone to go and get another fp for a “long wait line” as soon as you can. For more help understanding fast passes read THIS post. They are now enforcing this time limit pretty strictly. They will NOT let you in past your expiration time for your fast pass so make sure that you stay in the area of the fast pass you are waiting on.

9) MARK THY STROLLER– I don’t know about you but I’m spoiled now. When I park my car and walk in to a store on my cell phone, paying little to NO attention to where the heck I parked and not realizing it until I come back out, I hit the little button on my car that flashes the lights and makes a noise. Unfortunately your stroller will not come with such a button. And they all look 100% Identical. Let me highly recommend you go and buy some brightly colored ribbon. Think florescent orange or hot pink or lime green and wrap it around your stroller handle each day. Buying a balloon does not work as many other people do that also. People waste A LOT of time hunting for their strollers and some cast members seem to get their jollies by continuously re-arranging “stroller parking lots” so don’t expect it to be the same place you put it originally. Mark your stroller (and a balloon is not a good idea b/c there’s a billion of other people with them).

10) KNOW THY PARKING SPACE – At the end of the evening, lets face it, most people are cranky. Especially the people who stay off property. You’ve not seen people CRAZY though until they cannot find their car. Super easy solution to this… whenever you park, as you are leaving to go to the tram take a picture with either your camera or your cell phone of the parking lot name and number. DO NOT FORGET TO DO THIS. It will save you a lot of drama and meltdowns later on. If you rent a car tie one of those brightly colored ribbons around your antenna (works the same as with your stroller). You might recognize your own car but not a rental car. And pay for the GPS, it will save you major drama! (great present for those of you driving to Disney this year).
*For even more help read my article Planning your WDW vacation*
Share this...