The D Files: Are Those Mickey Costumes Real? 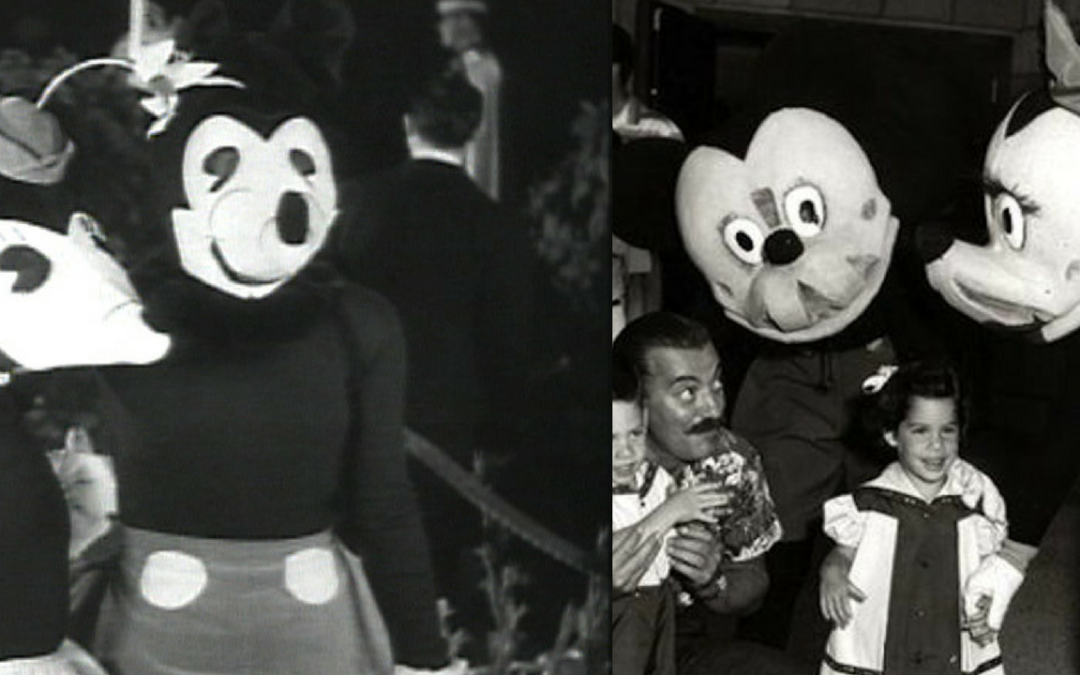 When weird strikes the Walt, The D Files investigate to find out what’s true and what isn’t.

Do you know what a creepypasta is? It’s not a haunted Italian restaurant and it’s not a dish that you can order at a restaurant in New Orleans Square. It’s a creative short story, usually in the horror genre, that was made (usually anonymously) on the internet for the fun of making a short story. Often times, these stories get caught up and it becomes hard to determine what is real and what is not (the ultimate compliment to any writer of fiction).

A friend of mine showed me one of these creepypasta stories, this particular one about Mickey Mouse costumes (which to be fair, there is a creepy factor to them from a certain point of view) and the video included these pictures: 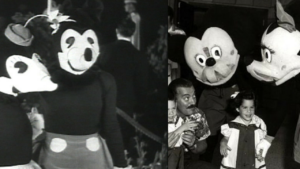 When you’re innocently roaming the park and riding rides, I don’t know if you really want this thing to approach you.

So, what are these? Are these real? And if so, what were they thinking! 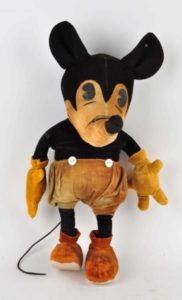 A Pre- WWII era Mickey Mouse doll. The pattern for the head was essentially enlarged and then used as the costume mask.

Back in the 1930’s and 40’s, there were really only two characters in American pop culture that were famous enough to warrant a costumed character meet n’ greet: Superman and Mickey Mouse. Superman was relatively easy to bring to life. You just find a muscle-bound person, put them in a costume and you’re done and ready for the Worlds Fair! Mickey Mouse turned out to be a bit trickier to bring to life.

This costume was worn to the opening of Snow White and the Seven Dwarves. Its basis was a cloth costume held up by cotton and other soft fabrics. With limited supplies, the idea at the time was to try to emulate Mickey as close as possible and the easiest way to do that was to actually model him after the stuffed toy version from the era. Essentially, we just brought the toy to life. Something I can actually stand behind (I am the Toy Story Fanatic Devo after all)!

This Costume was presented to a huge audience. Newspapers covered it, the biggest Hollywood stars made appearances including the young Shirley Temple. The Seven Dwarves and Donald Duck, who was rivaling Mickey Mouse in popularity at the time, also had similar character appearances at the event.

A really cool thing about this costume though is that there was an animated opening showing Mickey and Minnie exiting a limo for the premiere of Snow White and it was meant as an introduction to this costume. Walt liked to experiment with combining live action with animation, even in his early days, and this is probably the ultimate example.

What Happened To Your Nose? 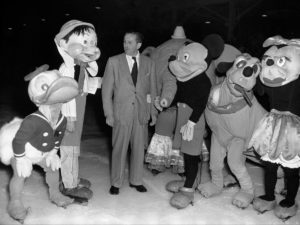 Historic picture of Walt Disney with the Ice Capades performers in costume. Note that all costumes have mesh features meant to help the performer see.

At the time, Walt Disney had licensed certain characters, Mickey, Minnie, Donald, Pinnochio, Dumbo etc., to a group called Ice Capades which was an ice-dance troupe and the precursor to the successful Disney On Ice shows. The Ice Capades had their own costumed versions of the characters that they would use from their shows and Disney borrowed their costumes for Disneyland’s opening.

The purpose of these costumes, as you could probably guess, wasn’t necessarily to be hugging children and signing autograph books. These were meant to be seen at a distance with the primary function of allowing the ice dancers to see clearly while they were performing, which explains the strange slits and kinda empty eyes in the face sculpt and tight-fitting body suit.

Over the years since then, The Mickey Mouse costume has changed and evolved to try and look more like the character. Some of these costumes worked really well like the new talking Mickey in the shows and magic kingdom, while others not so much like the strange “short” Mickey from the 1970’s, but the thing I love most about the Disney parks is that they are always evolving and changing and progressing. With progress will come mistakes, but with mistakes come opportunities to evaluate and use those ideas in different forms, and sometimes those forms are fans having a fun time creating viral internet stories with their favorite characters.

Did you find this interesting? What were some costume adjustments you remember from growing up? Be sure to place your stories in the comments below and until next time, remember to always keep wishing on stars. 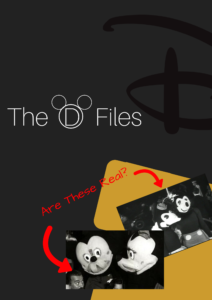