A Close-Up Look at “Star Wars: A Galaxy Far, Far Away” 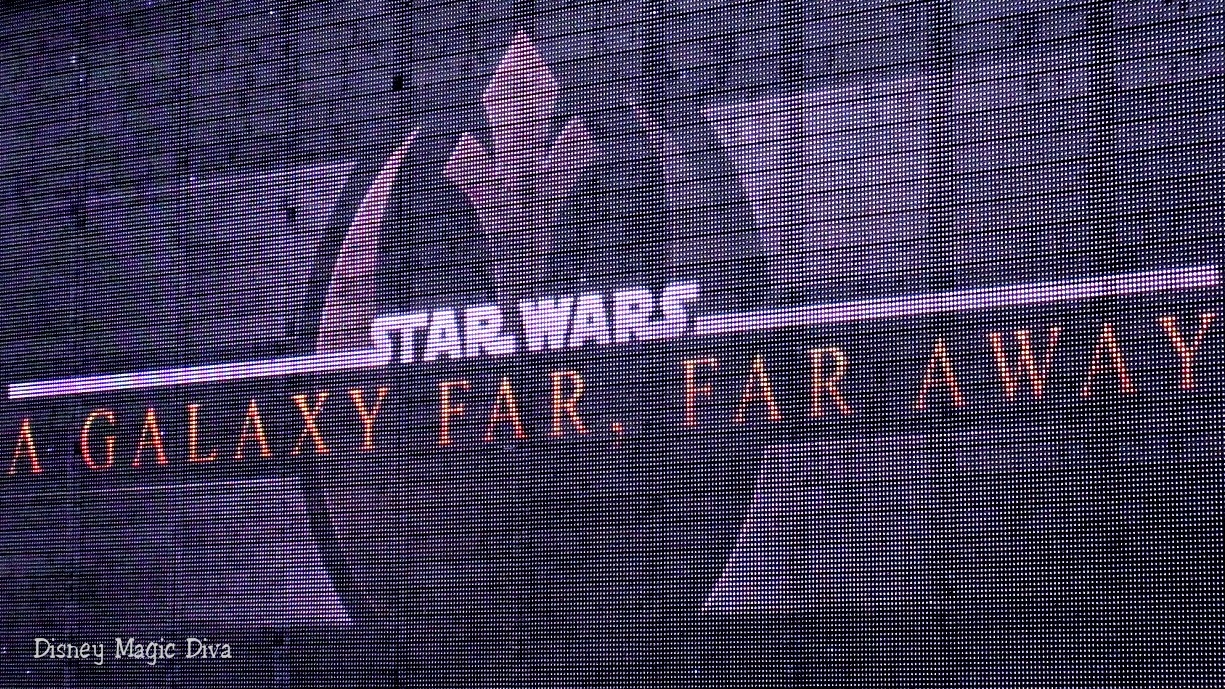 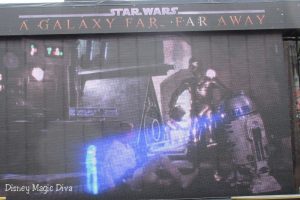 A clip from “A New Hope”

Whether you’re a Star Wars Padawan or Jedi Master, you’re sure to love the new stage show at Disney’s Hollywood Studios, “Star Wars: A Galaxy Far, Far Away.”  If you’re new to the Galaxy, the show will help explain the Star Wars epic in a few short minutes by incorporating clips from the movies with character appearances. For those as knowledgeable as Yoda, it will be a chance to relive all of the iconic moments in the beloved saga. Either way, it’s something you won’t want to miss!

The show takes place at Center Stage, directly in front of the Chinese Theater. Although it’s the same location as the previous stage with Sorcerer Mickey’s hat, the new stage is much less obtrusive and has a smaller “footprint.” There are two big screens on either side of the stage, and once the performance begins a third screen drops down behind the stage. This allows for great viewing no matter where you stand for the show.

Disney Diva TIP: To truly appreciate the special effects from the show, and really optimize all the visual aspects offered, you may want to stand a little further back from the front. 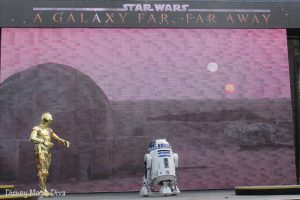 The performance tells the entire Star Wars story by utilizing clips from the original trilogy of Star Wars movies: A New Hope, The Empire Strikes Back, and Return of the Jedi. There are also a few clips from the prequel series (Episodes I, II, and III; The Phantom Menace, Return of the Clones, and Revenge of the Sith), but not as many. And naturally Episode VII, The Force Awakens, is prominently featured too. Interspersed with the movie clips are stage appearances by some beloved characters including C-3PO, R2-D2, BB-8, and Chewbacca. Of course the Dark Side is represented as well, by characters such as Darth Vader, Darth Maul, Kylo Ren, Boba Fett and Captain Phasma with her stormtroopers. 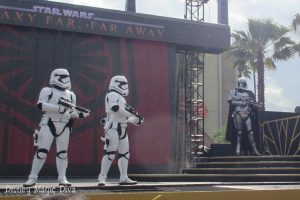 The character appearances are brief – they basically appear onstage, pose for a few moments, then walk off. But their presence helps provide a more immersive experience to the story, as well as fantastic photo ops, and keep the program more interesting rather than just watching movie clips.

The pyrotechnics can be loud – and warm!

Disney Diva TIP: For the best photo ops with characters, wait until the character reaches center stage. They each do eventually stand there, and you’ll be able to get a better photo. There’s also a finale scene, complete with some fiery pyrotechnics, when most characters all appear onstage together.

The show is about 15 minutes long and runs at the bottom of the hour. You’ll notice tape on the ground marking off the viewing area (just like parades!). This is to allow for Captain Phasma and the March of the First Order Stormtrooper procession which takes place on the hour from Launch Bay to Center Stage. So, if you arrive early to see the march, don’t stand in the taped off pathway. As soon as the march is over, feel free to move into that space for the stage show. 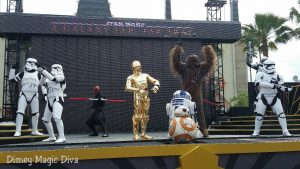 So check the times guide for performances, gather the family, and stop by Center Stage to catch “Star Wars: A Galaxy Far, Far Away.” It’s a fabulous and fun way to relive this epic saga and prepare you for all your adventures in the galaxy!