A Disney Dream Come True For A Disney Prince 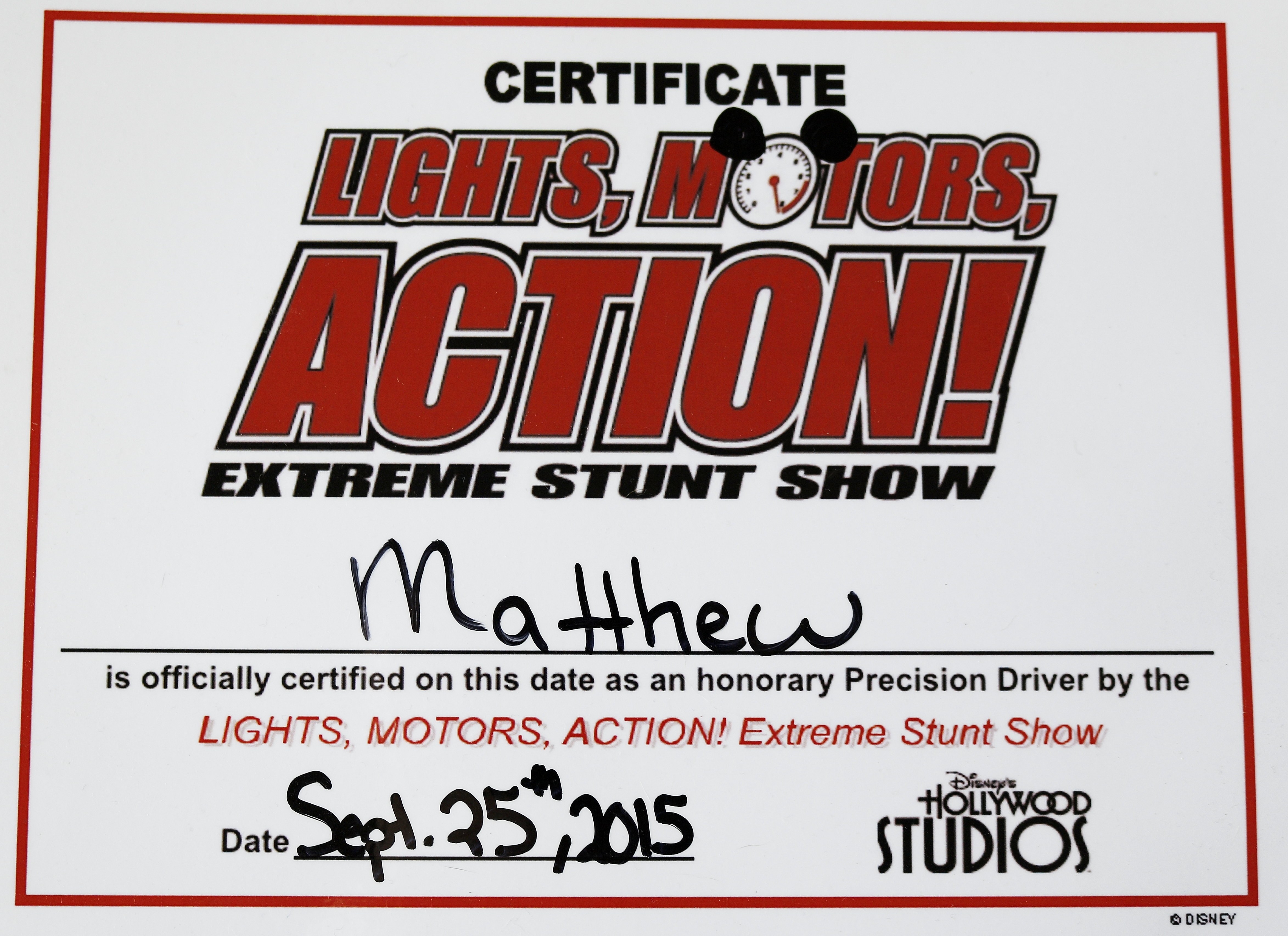 There are so many ways to make dreams come true at Disney Parks for your princess, but how about your prince? Special opportunities for the princes seem to be limited to the younger fellows. You know what I mean- turning them into a Jedi or a pirate. These are really cool opportunities, but again, they are geared mostly toward the younger guys. 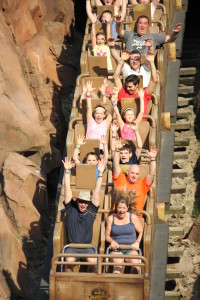 I have two devos in my family, a fifteen year old (yikes! He’s learning to drive!)and a twelve year old.  My fifteen year old’s idea of a perfect Disney day is to ride the coasters non-stop.  We came close to achieving that with Expedition Everest in 2014- he got to ride 13 times in a row.  I had to bow out after five or six, as it began to give me a headache from the jarring, but he loves it.  If the park hadn’t been closing soon, I’m sure he would have ridden it even more.

My twelve year old has developed a love for most of the coasters, but we are still working on a couple- Rockin’ Roller Coaster and Tower of Terror.  We’re making progress, but for now, one of his favorite things to do is going to the Indiana Jones Epic Stunt Spectacular and the Lights, Motors, Action! Extreme Stunt Show.  He absolutely loves to watch all the thrills, stunts, explosions and racing cars and motorcycles.  Thanks to him, we have attended both of these shows every single time we go on vacation to Walt Disney World.  Yes, we sit through the same script every time, but that’s okay, he really, REALLY loves it.

Sadly, Walt Disney World Company has announced the impending closure of this particular attraction.  Lights, Motors, Action! Extreme Stunt Show is set to close on April 2, 2016.  If you have a trip planned to Walt Disney World Resorts before this date, I highly encourage you to take in this stunt show one last time before it’s closure.  If you do get the chance to go see it, I’m about to give you a little insight on how your child may get to experience a little of that Disney magic.

During every Lights, Motors, Action! Extreme Stunt Show, there is a point in which the hosts pick a child, usually a boy, to come down with them and use a special remote control to “control” one of the stunt cars.  Every year, my youngest has raised his hand high in the hopes of being picked, and every year, another lucky child was picked.  At the age of twelve, he was beginning to lose hope.  Honestly, I haven’t seen a boy older than twelve picked before. Of course it’s possible, I just haven’t been witness to it.  When the moment came for the host to pick a boy, we told him to make sure to raise his hand high this year. 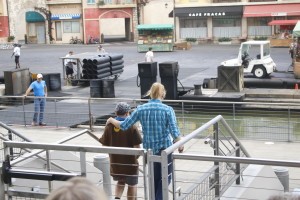 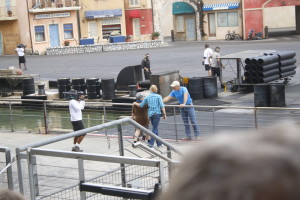 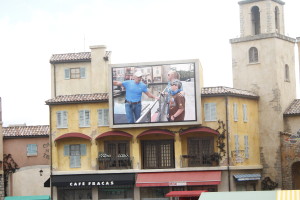 Can you guess what happened at this point?  That’s right, HE WAS FINALLY PICKED!  He was so excited, he could hardly contain his excitement.  He ran down the steps and eagerly took the remote they placed in his hands.  As they placed their hands over his to teach him how to use it, I almost had tears in my eyes.  They couldn’t possibly know how long he had waited for that moment, but he was in absolute heaven. 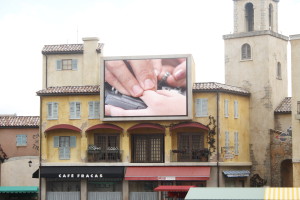 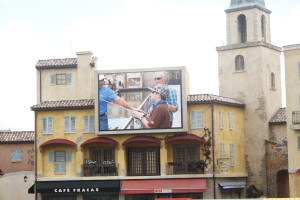 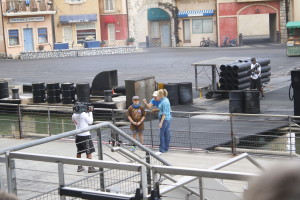 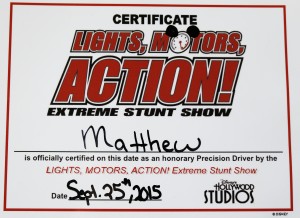 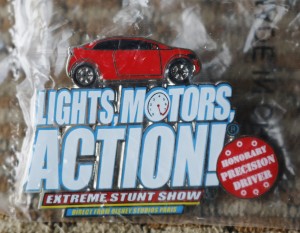 I can offer you a couple of Disney Diva Tips on how your Disney Devo might get picked to be in the show.  This was something that hadn’t occurred to us until this year.  Previously, we had always taken seats on the left side facing the stadium.  This year, we sat on the right side.  There is a small booth in the middle of the audience seats, we were very close to the booth.  The host has to run up to this booth when it is time to pick the child.  Sitting in this spot, they were able to actually see my son this year, whereas, previously, he hadn’t been seen.  My other tip is quite simple, just be happy and excited when raising your hand to volunteer.  They are looking for someone who wants to be there, not someone who doesn’t care either way.

This may seem like an odd way to make a boy’s Disney dream come true, but there are a few other options that your son may prefer.  My son, however, has always been into cars, loud engines, sparks flying, explosions, cars jumping other cars, motorcycles jumping cars, and pretty much everything else that happens in this show, making this, being picked to be the Honorary Precision Driver, to be his actual Disney dream come true!  Have you or your children ever had their Disney dream come true?  Tell us about it, we at Tips From the Disney Divas and Devos would love to hear about your Disney magic.

****UPDATE: At the time I wrote this article, Lights, Motors, Action! Extreme Stunt Show was still showing, but alas, the show closed at the end of March to make room for all of the awesome attractions coming to Disney’s Hollywood Studios.  If you never had the chance to go to the show, I’m sorry, you really missed an exciting time.  We will comfort ourselves with the promise of Toy Story Land and Star Wars Land on the horizon.