A Frozen Birthday Party Fit for a Princess 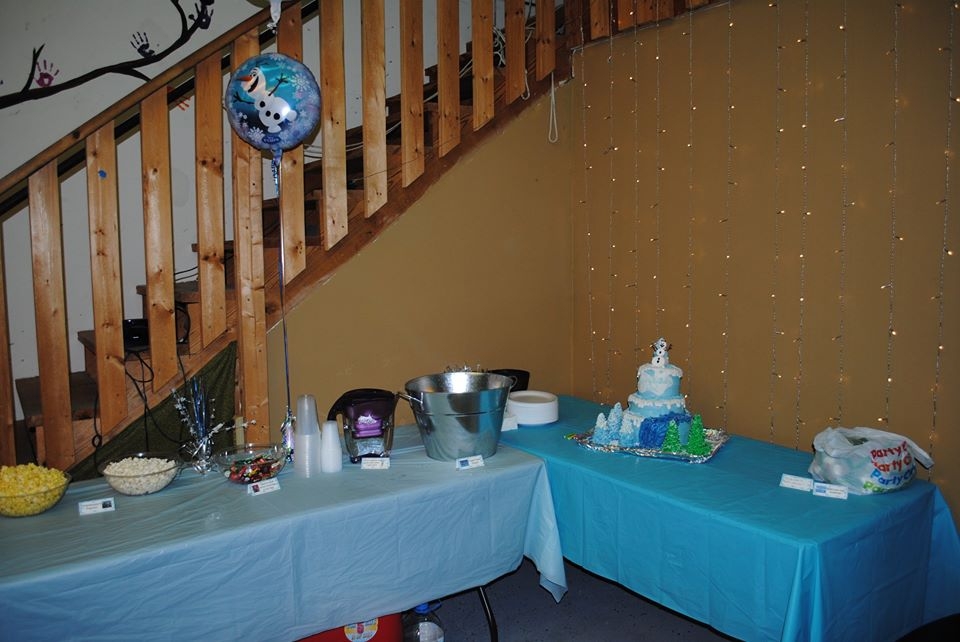 Like many households across the country, ours has been bitten by the Frozen bug. I blame my mother and sister for showing the movie to my daughter, whom we affectionately refer to as the Squeak, for the first time. I know it wasn’t avoidable forever, but they were the match that lit the flame of obsession.  Try as I might to distract her, my daughter has become one of Elsa and Anna’s biggest fans. When it came time to begin thinking about planning the Squeak’s 3rd birthday party, I knew she was old enough to have a say in the theme, and I pretty much knew the direction she’d want to go in. Then, one day at a summer festival, we met Queen Elsa and the Squeak was hooked- it was definitely going to be a Frozen party for my little princess.

I knew the first step in planning the perfect Frozen party was to find the perfect outfit for the birthday princess to wear. I came across a company online selling a very cute Elsa dress so I ordered it as a birthday surprise and hoped it would fit when it came time for the party since I couldn’t try it on her in advance. Part of her birthday gift was a doll that she could dress up and play with, so I even found an Anna dress for her doll from Mom Approved Costumes that we gave her too. 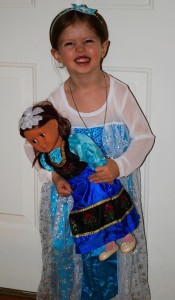 my little Elsa and her Anna

The next step was to find a cool location. When I started researching where to have the party, I came across a local store, Imagination Forest, that is owned by a friend of mine. As I was researching their party packages, I saw they offered a snowball fight themed party, which would be perfect for our Frozen theme. The kids would be able to play in the snow, build a snowman, and have a snowball fight inside, just like Anna and Elsa did as kids. 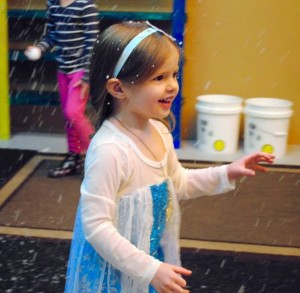 playing in the snow 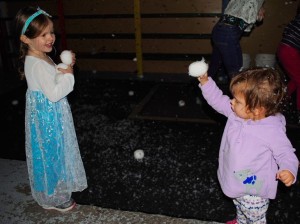 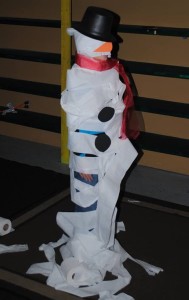 We also sent a party invitation to Arendelle and arranged to have Anna and Elsa stop by during the party so they could throw a little coronation ceremony for the birthday girl. 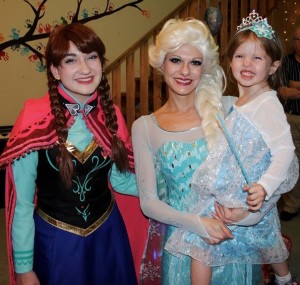 The last step was planning a feast worthy of royalty. Luckily, I had seen Frozen about a billion times by that point and knew that the movie itself could help. During the coronation celebration, Anna and Elsa both talk about their love of chocolate and Anna sings about her and Hans’ abilities to “finish each other’s sandwiches”. 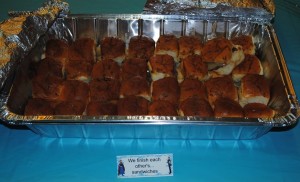 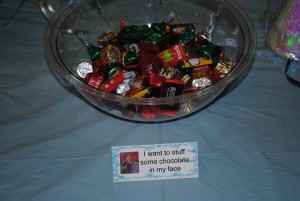 I started thinking about the other main characters and how we could work them in to something related to food. With some creative input from my husband and parents-in-law, we were able to come up with a variety of snacks that incorporated the Squeak’s favorite characters. A dear friend even made us a Frozen-inspired cake, making sure to include the Squeak’s request that it feature Olaf. 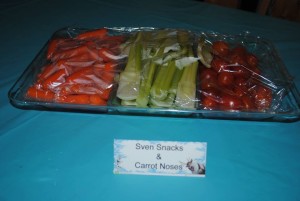 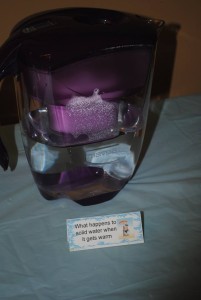 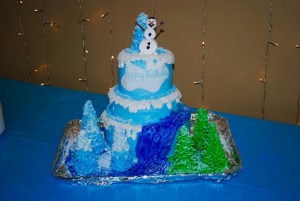 In the end, the party ended up being a great success. It was a perfect blend of the Squeak’s favorite people and her favorite movie, all coming together for a great birthday celebration.

Have you thrown a Frozen party? Tell us all about it in the comments below!