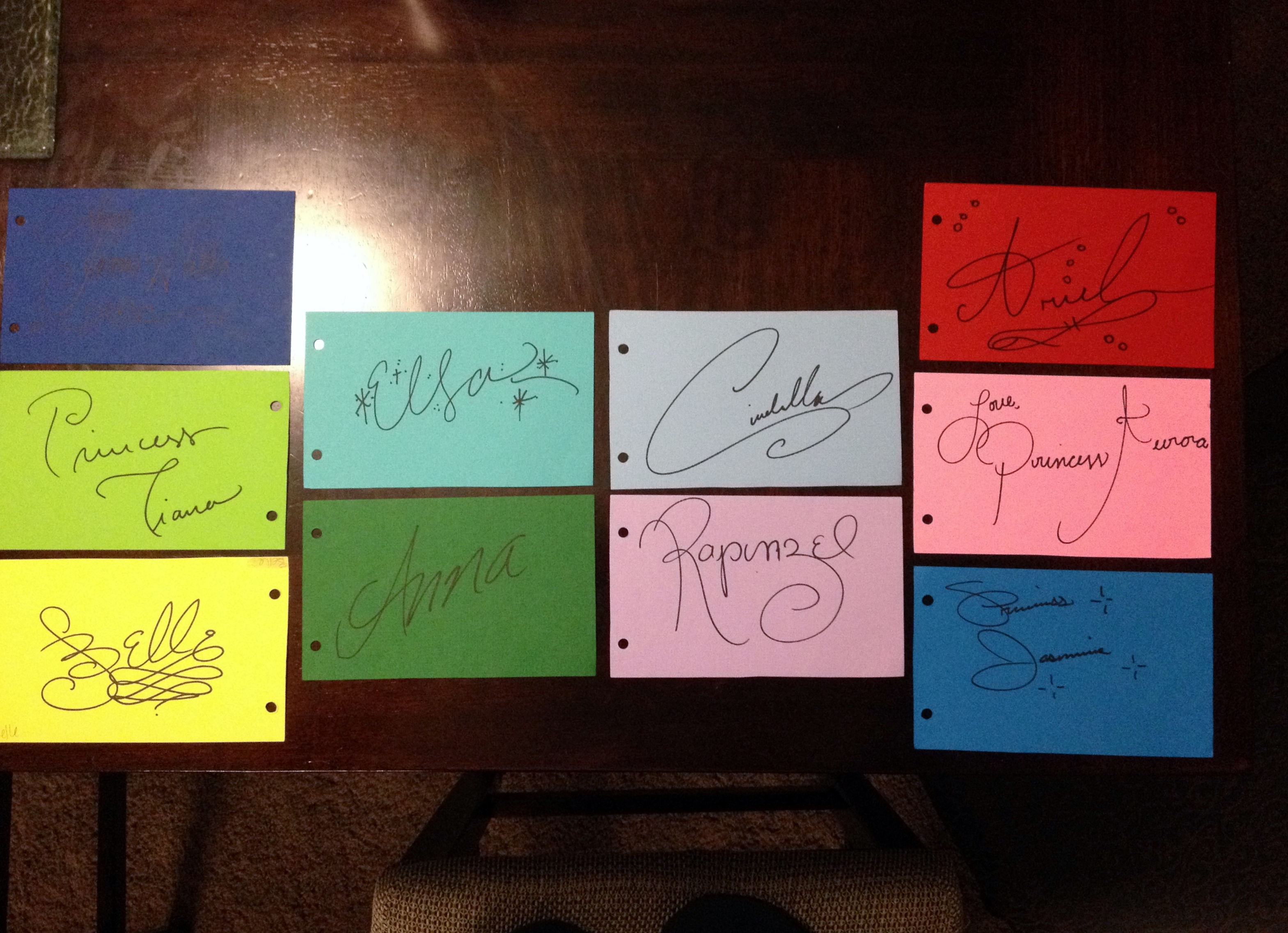 I have a four-year old daughter, Anna, that is obsessed with princesses.  ALL the princesses.  She loves the dresses, the songs, the hairstyles, and on occasion, even their handsome princes.  I decided that we were going to have a princess day.  Our goal? To meet ten princesses and get their autographs.   We mostly accomplished our goal in around eight hours.  (One princess will usually only autograph in Epcot.)  This is how we did it: 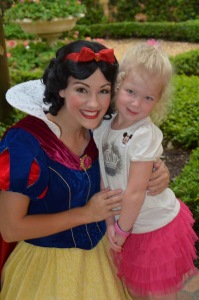 First, do your homework.  You need to know where and when each princess is located and when they come out.  Some are available all day while others are only available for short periods of time.  I checked the Disney App, the Disney maps and asked the other Divas and Devos on our site. Because of this, I knew where they were and in general which order we were going to see them in. 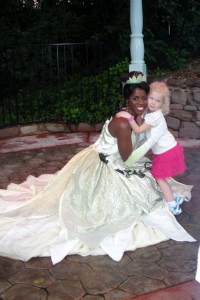 Once your know where the ladies are stationed, start planning your FastPasses.  This will speed things along so that you can wait in the lines for those that don’t have the FastPass.  We used our FastPass on Elsa and Anna, Cinderella and Rapunzel and Ariel.  I tried for Belle, but she was booked into the evening and we didn’t plan on being there that late.

Our first stop was to see Snow White and Aurora.  They usually hang out in the gazebos near the entrance.  We found Snow White easily and waited only a few minutes.  We looked across the way for Aurora, but discovered the Easter Bunny there.  After talking to a very helpful cast member, we learned Aurora was temporarily relocated to behind the castle and comes out in the afternoon.  I knew our schedule, so we could easily handle this. 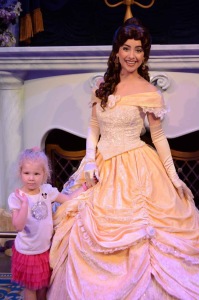 Next we headed towards “Storytime with Belle” hoping to catch it early enough to avoid a long line.  We purposely walked past Tiana to see if she was around.  We were lucky and she was on her way back out so once again, we only had to wait a short time.  After that we headed over to see Belle.

Belle had a 20 minute wait.  The only way to get a picture with Belle is to be involved in surprising her.  She does not do a meet and greet in the Magic Kingdom-only in Epcot where she wears the white dress and blue apron.  (You may get lucky if you attend a meal at Cinderella’s Royal Table and she may show up.)  My daughter wanted to be a part of the show and was the cutest talking picture frame ever.  Any child who wants to participate is able.  They have enough parts for everyone.  In the end Belle gives each child a bookmark and takes a quick photo before leaving to have dinner with the Beast. 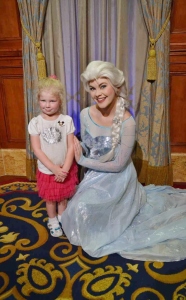 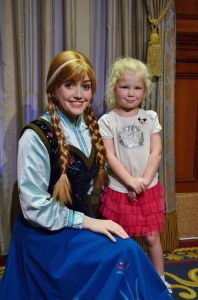 Anna. Which is Anna backwards

Next up was Jasmine.  I knew she would be hard since I wasn’t sure exactly where she was in Adventureland.  I knew she (along with Aladdin) were near the Flying Carpets.  We found them in the Agrabah Bazaar.  She was the hardest princess to get.  We arrived a few minutes late so we decided to have lunch.  We then came ten minutes late and missed her again and learned she would not be out until after the parade. It was now time to use our FastPasses.  We double checked that she would be out afterwards and made our way to Princess Fairytale Hall.

We were a few minutes early and decided to scope out Aurora.  We found her behind the castle, but she was finishing up.  It was time for Elsa and Anna.  The line was 120 minutes if you waited, but we were able to go right in.  Cinderella and Rapunzel were next.  The line for them isn’t nearly as long as Elsa and Anna.  Unless your child really wants to see them, you will usually only have a short waiting period. 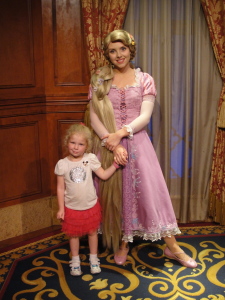 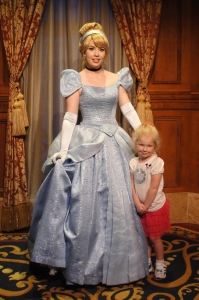 Knocking out four princess at once really helped us obtain our goal.  After doing all four, we caught Aurora before she came out and were in the front of the line.  After a lengthy conversation with Aurora it was time for our next FastPass to see Ariel.  On occasion Ariel’s line can be long.  Other times you walk right in to see her.  I didn’t want to take the chance so we used a FastPass. 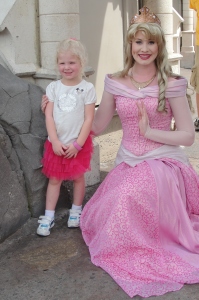 If you are keeping track, that is a total of nine princesses so far.  The only one left was Jasmine.  So, once again, we headed her way.  And once again we were a little too late.  We were camping out this time.  She was number ten and we weren’t giving up.  That is when the rain started.  We moved under the souvenir tent where Jasmine and Aladdin come out.  Because there was lightning in the area they were delayed.  But, the line became shorter and we took advantage.  We probably waited for an hour in line to see Jasmine.  But we DID IT!  Ten princesses in one day. 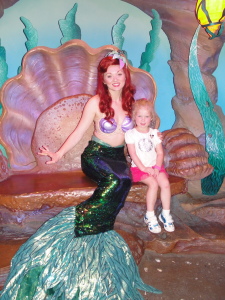 Under the sea with Areil

Here are a few tips: 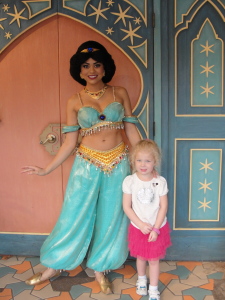