A review of Disney’s Contemporary – The Wave 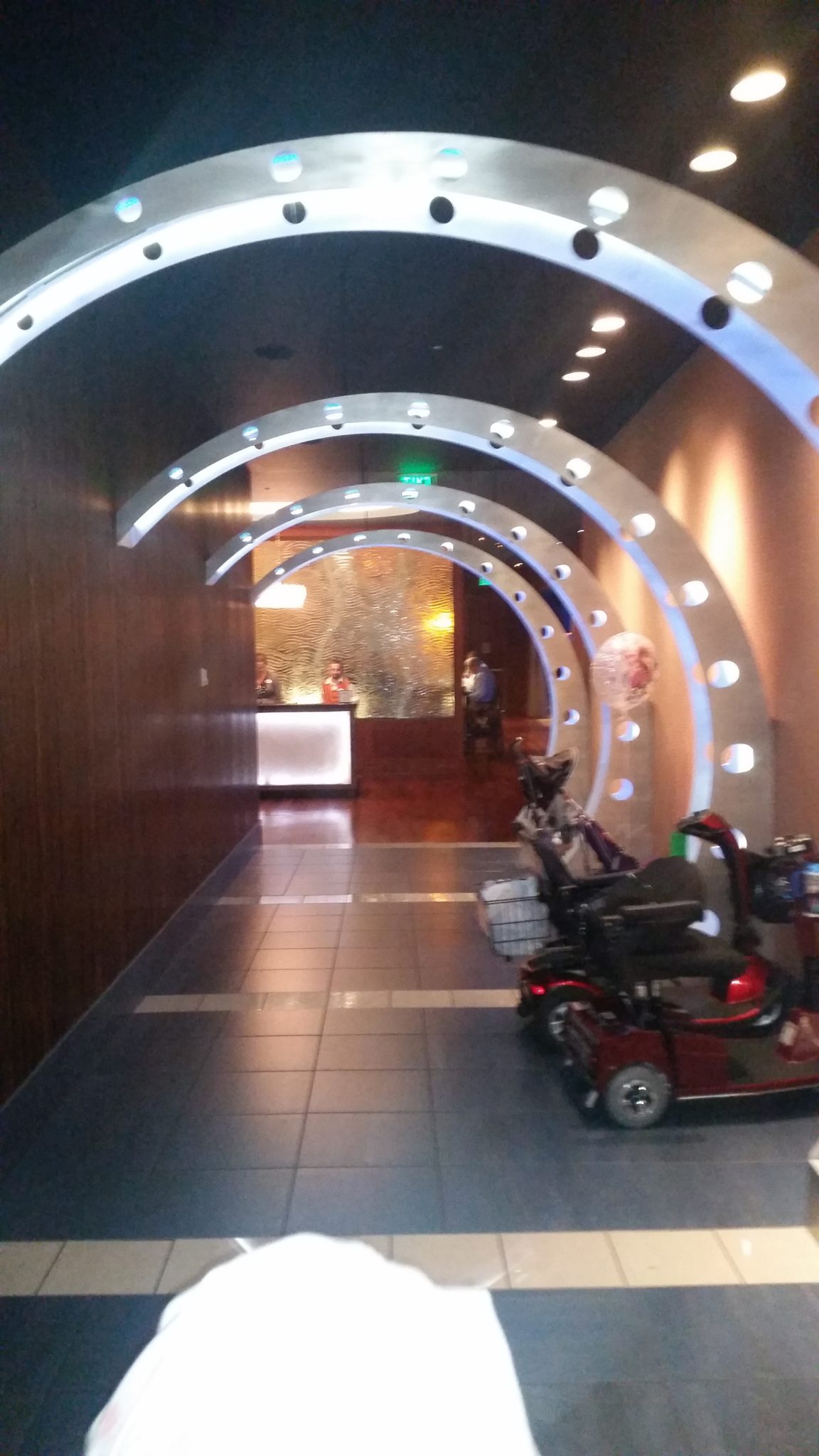 by Beauty & the Beast Diva 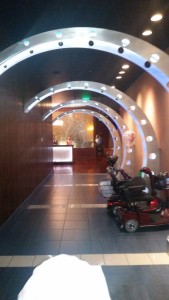 Tucked in the back left corner of the Contemporary Resort’s lobby is a rather large restaurant that I found is a hidden gem of Disney Dining.  Unable to get the reservation I really wanted at Be Our Guest, and having the personal goal of eating at every Disney restaurant, I reluctantly told my husband to book dinner at The Wave.  I could not have been happier because I had one of the very best meals I have ever had in Disney World, regardless of my Disney Baby bonking her head on the table and screaming at the very top of her lungs, bringing a rush of silence over the entire restaurant and a very red Mommy running out of the restaurant. 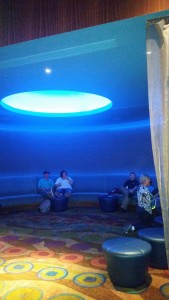 Upon our arrival, we walked down the very cool entry way of the restaurant and checked in. To the right of the check-in desks, there were 2 very cool lounge areas lit with bright blue lighting and plenty of seating. Behind the counter where you check in, there is a huge rectangular bar, which I will be visiting again should I have the opportunity to go without my child!  My father and I immediately hit up the bar for some pre-dinner cocktails. The cocktail menu appears to be quite universal across WDW, but I’ve never really had a bad drink.  My mother for sure had the coolest looking drink- it was a martini that was lit up with a blue ice cube, looking especially cool in the blue lounges.  We quickly took our place in the lounge area awaiting our table, and in less than 10 minutes  we were seated. 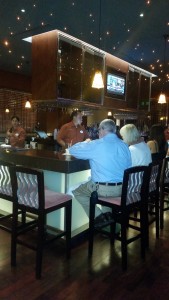 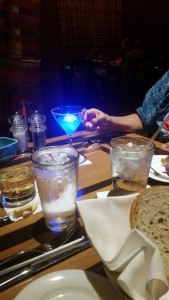 The décor of the actual restaurant was not nearly as cool and trendy as the lounge areas and I was a little disappointed that the hip décor wasn’t carried into the actual restaurant, but that didn’t matter at all once our waiter came over and started discussing the menu with us.

Our waiter quickly explained that the restaurant was mostly organically grown, farm fresh foods.  All of the food was grown in “The Land” or from locally grown farmers, no further than Georgia.  I love farm to table restaurants and it’s even better when you’ve been on a diet of Mickey waffles and popcorn for most of the week! 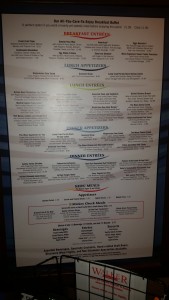 Considering we were set with our drinks, we hopped right into the menu.  For our first course, we ate freshly made rye bread with red sea salt butter. If you know me, you would know I could make a MEAL out of rye bread and butter, it was so soft and warm and the butter with sea salt was DIVINE. 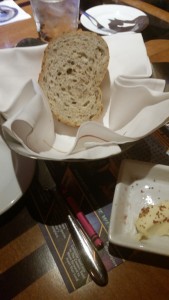 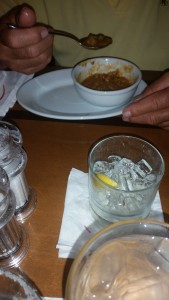 I opted out of an appetizer, as did my husband and mother, but my Dad got seafood chowder, which the waiter explained to us was “like gumbo without the kick” and it was amazing.  My father reluctantly gave me a taste (and a few more tastes after that). It came with jalapeño cornbread, and my dad, who isn’t a huge lover of spice, LOVED it. 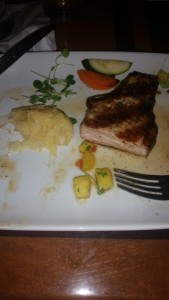 Then came our entrees.  My mom got the Ashley Farms Chicken, which was chicken with potato hash, brussel sprouts and Huckleberry barbecue sauce, I stole quite a few brussel sprouts and they were cooked perfectly!   My Dad had the beef tenderloin, which even when the menu changes quarterly, rarely changes.  Our waiter explained that they MAY change the veggies up a bit but never take it off the menu.  I got the jerk- spice pork chop for a change of pace and it was very juicy and tender! It came with mashed yucca and summer veggies including squash, zucchini and carrots.  My husband had the fish of the day, which he loved as well.  We left 4 very clean plates on our table and were all sad when the meal was over.  We all reluctantly decided against dessert because we were heading back to the Magic Kingdom, but they all looked amazing as they passed by our table.

As the week went on, we would go out for really delicious meals but nothing compared to The Wave.  I can’t wait to go back.  The meals were so amazing! (In case you couldn’t tell, I forgot to take pictures before we started eating.)  You can get breakfast, lunch and dinner at The Wave and I highly suggest doing so!  Do not miss out on one of the best dining experiences I’ve ever had!