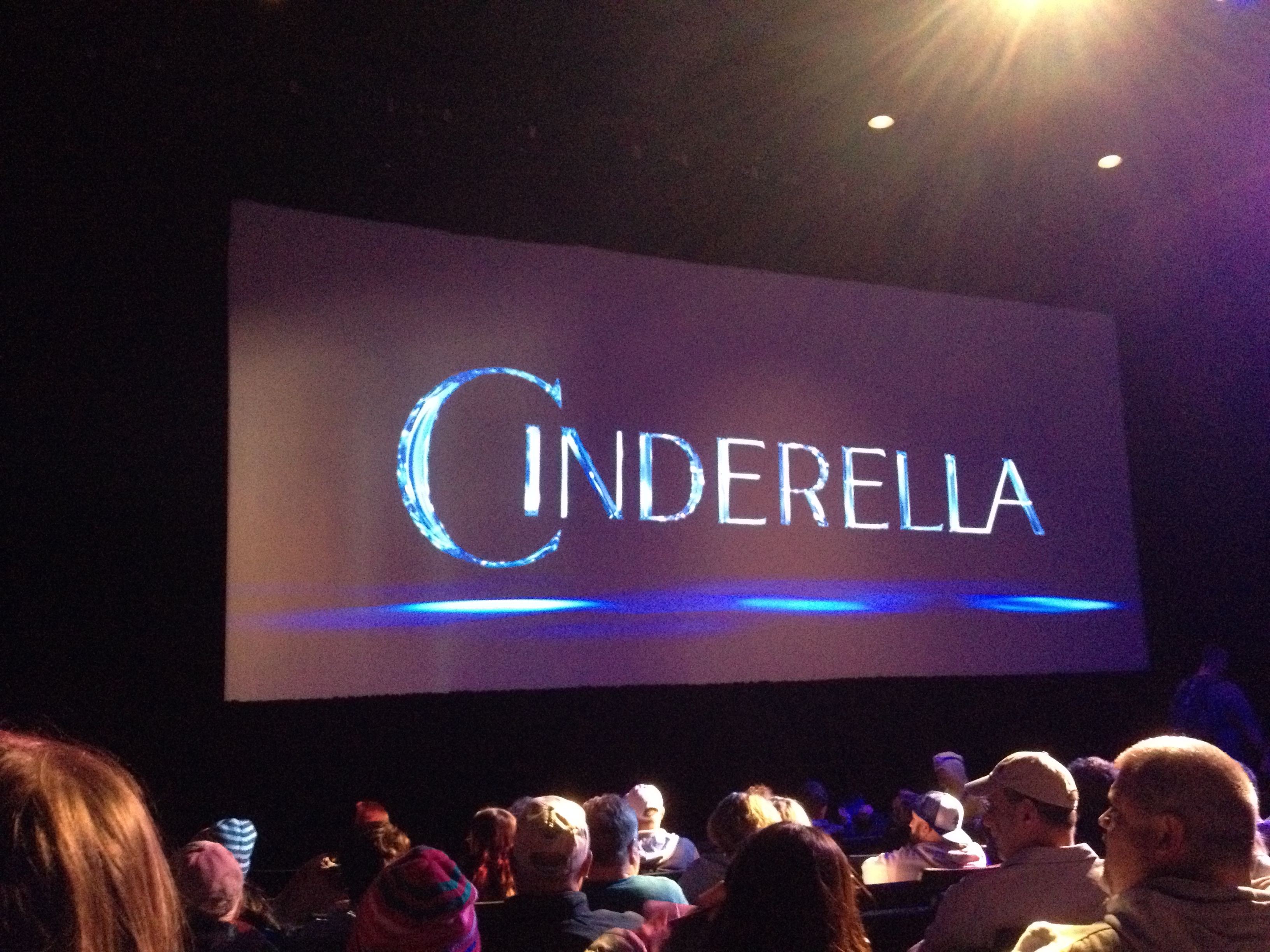 Most of us are familiar with the animated 1950 version of Cinderella.  Cinderella becomes orphaned and is forced to be a servant in her own home.  Despite her step-family’s attempts, Cinderella is bibbidi bobbidi boo’d into the royal ball and into Prince Charming’s heart.  She leaves abruptly leaving her legendary glass slipper behind.  After searching far and wide, Cinderella is located and whisked away to the palace to live happily ever after.

I was able to see the extended 10 minute trailer in Disney’s Hollywood Studio.  Starting January 17 it will be open to the public.  The preview takes place in the ABC Sound Studio.  The coach from the movie will be at Disney’s Hollywood Studios starting February 1st.  The trailer contains material seen in other trailers, but has the entire Bibbity Bobbity Boo scene.  My Cinderella obsessed four-year old loved it.  She gasped, cheered and was in awe by the end.  If you have time to spare, go see the trailer.  The whimsy, dresses and music will get you excited for this movie. 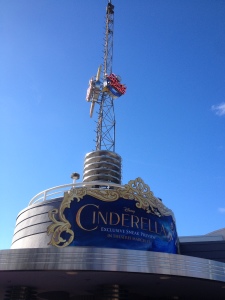 Cinderella Marque on top of the ABC Sound Studio

After the trailer, my daughter really wanted to go meet Cinderella.  Unfortunately for her, Cinderella is only in the Magic Kingdom at Princess Fairytale Hall.  One side contains Anna and Elsa while the other contains Cinderella and most recently, Rapunzel.  Cinderella’s side is usually less of a wait, but with the movie coming out soon it may become more popular and the wait times may increase.

The new, live-action version of Cinderella looks to be following the same basic guidelines.  There are a few differences that can be seen from the trailer.   In the animated version Cinderella’s mother is not in the film.  In the live-action one, not only is she in the film, she seems to be a key figure for Cinderella.  Prince Charming and Cinderella meet for the first time in a forest.  He isn’t completely honest with her and tells her he works at that palace, leaving out the Prince part.

Cinderella’s outfit follows the same basic design-blue dress and glass slippers.  However, there are some differences.  The first thing that I noticed right away were the butterflies.  They adorn the bodice of the dress and the tops of the glass slippers.  I’m not sure if they are symbolic in the film or are just pretty.  Either way, you can be sure they will be all over the new merchandise.  If you are tired of the snow from Frozen, you may be in luck and switch to the more spring-like butterfly. 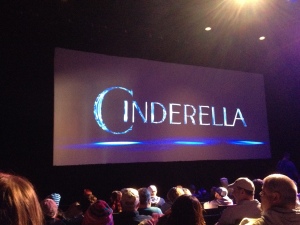 The cast is composed of wonderful actors and actresses. The lead, Cinderella, is played by Lily James.  The fairy godmother (Helena Bonham Carter) is funny, witty and instantly likeable.  The formidable Lady Tremaine is played by  Cate Blanchett while her daughter’s are played by Sophie McShera (Drizella) and Holliday Grainger (Anastasia).  Prince Charming is played by  Richard Madden.  The animated version only refers to him as “Prince” and it isn’t  clear where the “Charming” came from.  There is speculation it is from   Kingdom Hearts Birth by Sleep.  According to Disney France the Prince’s name is Henry.  In the life-action movie Prince Charming’s name is revealed as Kit.

Rounding out the cast is Stellan Skarsgård (The Grand Duke), Nonso Anozie (Captain), Derek Jacobi (The King), Hayley Atwell (Cinderella’s Mother) and Ben Chaplin as Cinderella’s Father.  It doesn’t appear that the animals talk as they do in the animated version, but they still be seen in the movie.  Jaq and Gus, along with the other mice, still help Cinderella.  Lade Tremaine’s beloved cat, Lucifer, will no doubt cause havoc for the poor mice.

Kenneth Branagh directed the final cut of the movie.  It will be released in theatres March 17 and is rated PG.  Be sure to get there for the previews because a new Frozen short, FROZEN FEVER, will star all your favorite Frozen characters.