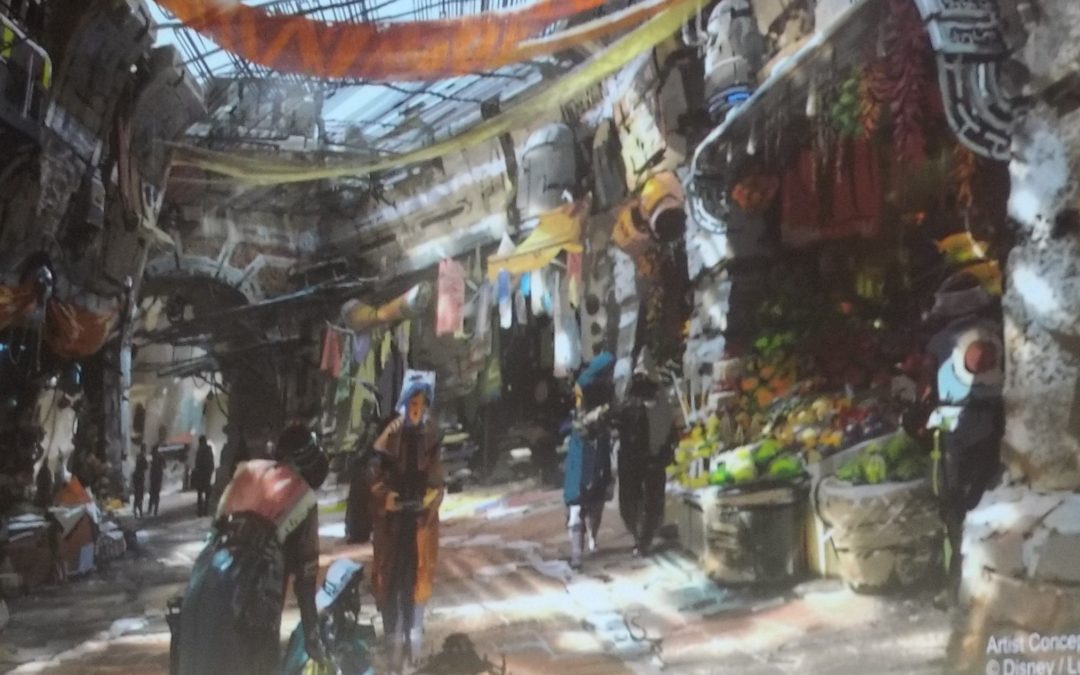 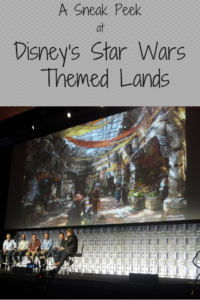 If you’re a Star Wars fan, you’ve been patiently (or maybe not so patiently) waiting for the new Star Wars-themed land to open at Walt Disney World Resort and Disneyland Resort.  You’ve probably seen some of the construction, whether peeking through fences at the park, or following along with photographs that pop up online.  But progress seems ever so slow, and waiting is so hard.  Fortunately, fans across the galaxy were recently treated to some sensational news!  At Star Wars Celebration Orlando (which was held April 13-16) Disney Parks revealed a few exciting tidbits of information! Here’s a quick summary of what we learned. 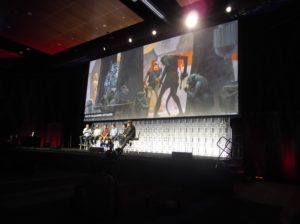 The land will be based on a yet-to-be-revealed planet near Wild Space, a region of the galaxy that borders the Unknown Regions. This planet was once a hub for travel during the sub-light travel between systems, but in the age of hyperspace was left behind. It has become a haven for those who wish to be forgotten, or slip by galactic authorities. Bounty Hunters, smugglers, and the underworld thrive here. The Resistance and First Order both have a presence on the world as well.  You can rest assured, though, that while the terrain, geology, and even smells will be unique, the climate of this planet is similar to both California and Florida in terms of temperature, rainfall, sunshine, etc.  It won’t be like Hoth! (Thank goodness!)

Guests will have the opportunity to explore a local market and understand those who call this planet home. Footage shown at the panel indicated there will be live action performances right in front of visitors. Guests won’t sit and watch a show, the action will occur right where they are standing. They will also have the options of supporting the First Order, aiding the Resistance, or possibly hooking up with the Underworld. How thrilling is that?! 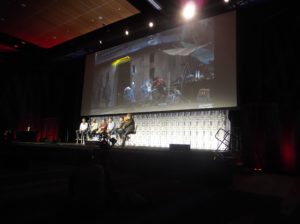 The panelists hinted we may see some action taking place on rooftops, and also that droids, both new and known, will be active characters. They also revealed that they’ve been working on developing real lightsabers! We all have seen the wonderful lightsabers with plastic tubes that light up.  Given the panelists excitement about these new lightsabers, it’s safe to say we are moving beyond even those incredible props. Get ready for something unlike we’ve ever seen!

If you want to do more than just take in the atmosphere, The Millennium Falcon ride sounds like it will be phenomenal.  Crews of guests will have the opportunity to pilot the Falcon! Can you imagine?! If piloting isn’t your dream, there will be opportunities for other crew positions as well.  Be careful though! Any trouble you get into, create, or cause with the Falcon may just follow you off the attraction and into the local cantina. In a spaceport with bounty hunters you can’t be sure who will come looking for you later the panelists warned. Your actions may result in, “someone looking for you – eventually” as part of the live entertainment.  Wow! 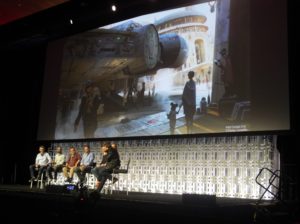 More information may be coming soon! The panelists were confident they would be further along in the development by the D23 Expo in July, although how much information would be ready for the general public they couldn’t say. Naturally, you can expect they will share more information on the Disney Parks Blog. It certainly sounds like all the waiting will be worth it. As one creative executive on the panel put it, this is the “most epic attraction we have ever undertaken.” We believe him!