A Summer Hit! – All American College Band at Disneyland 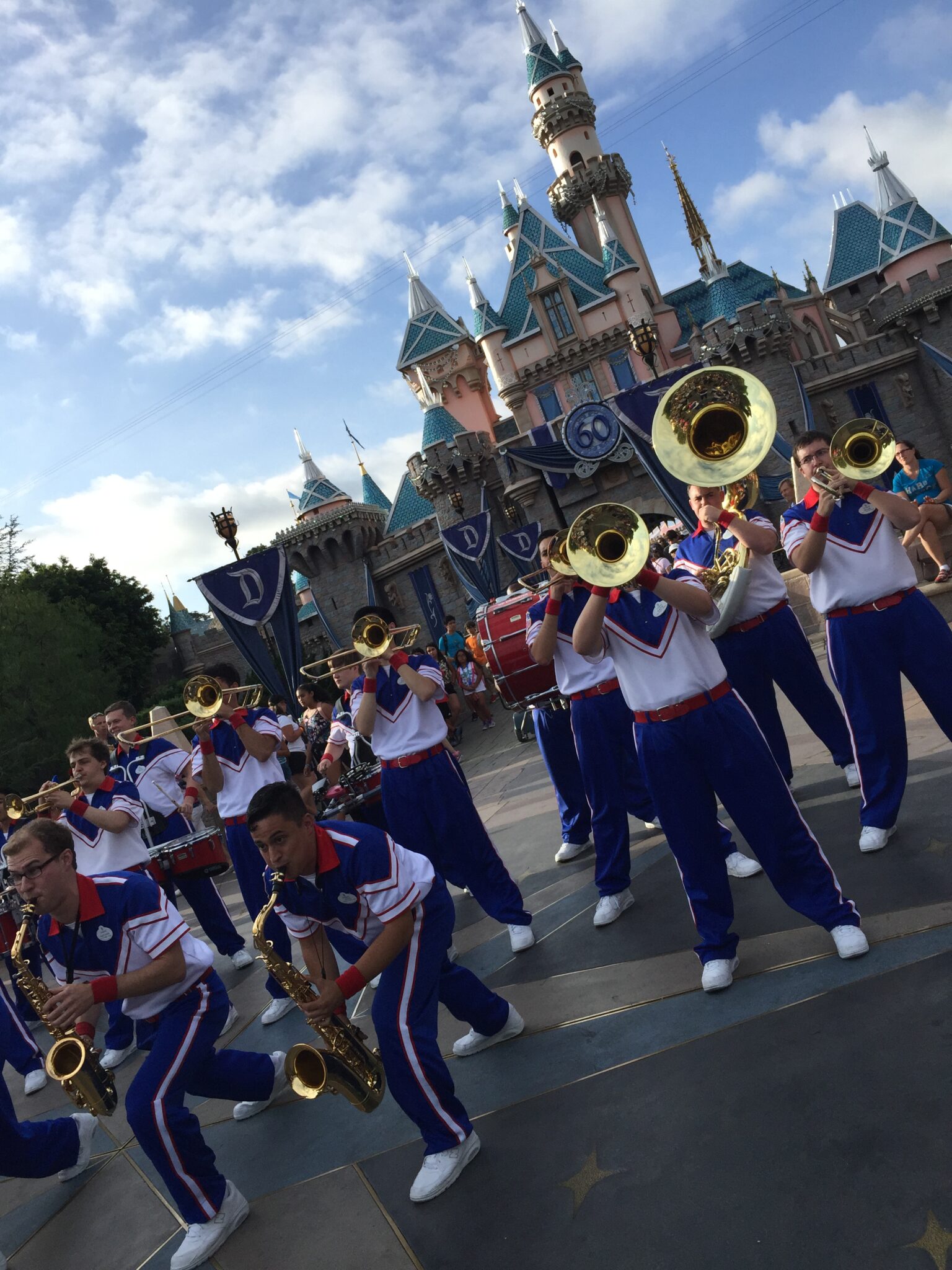 Seasons come and go at Disneyland, and with it some of my favorite themed entertainment, one of which being my #1 reason of visiting the parks in the Summertime – the All American College Band! 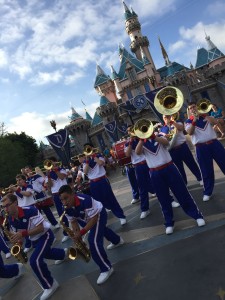 Disney searches all over America each year to bring together this new and highly energetic group of young musicians fit for pumping up the crowds at Disney Parks.  These youngsters are pulled from colleges all over including Texas, Louisiana, Florida, Michigan, and yes right here in sunny California! They are the best of the best at what they do – entertaining! Playing music is just some of what the All American College Band is known for here at Disneyland. They keep the crowds pumped up and movin’ with their contagious spirit, not to mention crowd waves and dance moves. Always smiling, they “march” down Main Street, or rather jump up and down- they are so energetic! And don’t think they don’t have the skills to back up their musical talent either. Ready on the cue of their band leader, they bring out their musicality like Disneyland Bands are known for!

These guys are popular! Crowds of people will literally stop what they are doing and even pop out of the shops on Main Street just to get a glimpse of the All American College Band. They get people into a downright standstill when they perform! Diva Tip: Plan on experiencing this magical entertainment early so you can watch from the front row! People will fill in fast around you to put eyes on the sensational sound coming their way. 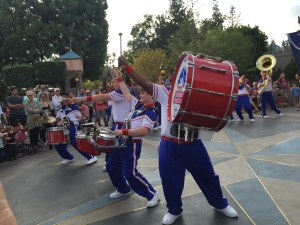 What I love is that the All American College Band always starts off their performances by introducing each member in their band as well as highlighting the instruments they play. But we know it’s really all about that Bass, bout that Bass! You can see the comradery of the band members as they introduce each other and show off their little inside jokes. And of course, these guys  and gals bust out some of the most popular Disney tunes during their performances. Medleys like Goin’ Down the Bayou, Under the Sea, and even the Incredibles music fills guests’ ears as they cheerfully clap along. You can watch a video of them at the Castle doing an Attraction themed performance with songs from all over the park HERE. 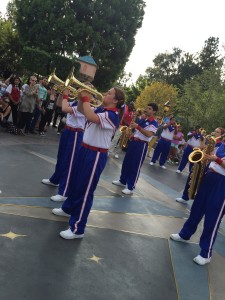 They also like to get real theatrical with their performance! Acting like zombies and ghosts during the Haunted Mansion sequence always gets a laugh and you can guess they what tune they pull out their hooks and eye patches for – Arrrr Musical Mateys! One of the most spontaneous things they do is a “drum off” where the crowd’s1 cheers choose the winner. I’ve seen the biggest smiles on guests’ faces during their performances and it just reminds me of what Disney can do when they make magic!

You definitely need to check the All American College Band out the next time you are in Disneyland! Remember though, these great musicians are only available during the Summertime and switch up band members every year guaranteeing a new experience each time you watch them. Put them on your to do list for next Summer and maybe I will see you there!