A Teen’s View of the Incredicoaster at Disney California Adventure 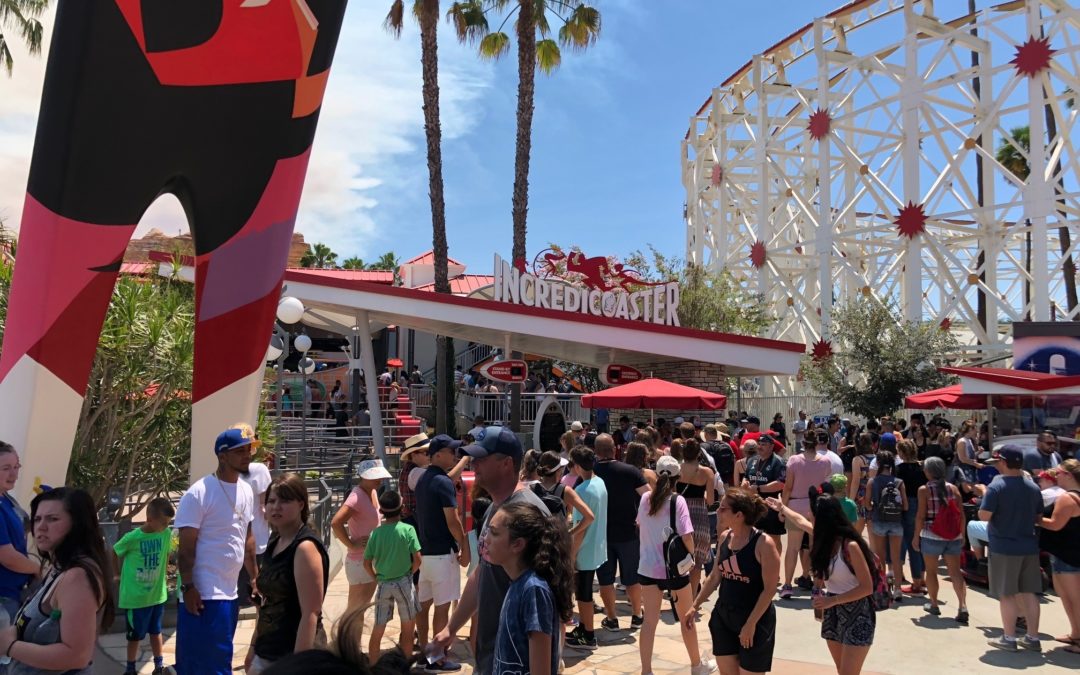 I’m a thirteen-year-old girl who lives in South Florida, and I’m a bit of an adrenaline junkie. As soon as I turned 13, I got my junior open water SCUBA certification. I’ve taken surf lessons and gone rock climbing. And I especially love big roller coasters. So when my family visited the Disneyland Resort for the very first time last month, I knew I wanted to ride the newly re-themed Incredicoaster at Disney California Adventure. 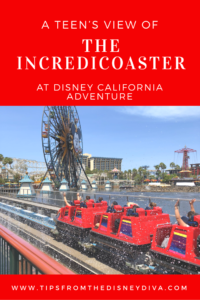 Located in Pixar Pier, the Incredicoaster is amazing for Disney fans of all ages. The attraction, previously known as California Screamin’, has been truly transformed into an Incredibles fan’s dream. The coaster takes you on a smooth ride through several tunnels that make you feel like you’re immersed in action. Each tunnel includes models of Elastagirl, Mr. incredible, and Jack-Jack. The ride vehicle has built in speakers that narrate the storyline of the roller coaster, right from the start, which is a thrilling 55 miles per hour. This ride takes you through the adventure of finding Jack-Jack after his babysitter Edna Mode has lost him! 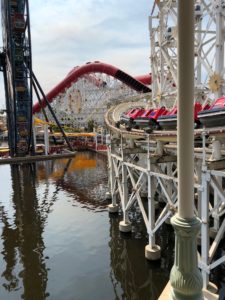 Tip: This ride offers both a FastPass and a Single Rider line. You can grab a FastPass at the kiosk along the water, across from the attraction.

This coaster’s storyline is really what puts it over the edge in excitement. You don’t have to have seen either of the Incredibles films to understand what’s going on, but it is helpful to at least be familiar with the characters. It is also extremely long compared to other roller coasters in Disney parks – the track is almost 1 1/8 miles long. The Incredicoaster goes upside down one time, and has several drops. However, if you are looking for an even more exciting attraction to enjoy, then I would suggest Walt Disney World’s Rock’ in Roller coaster in Hollywood Studios, which is a bit scarier because it’s in the dark.

Tip: Jack-Jack Cookie Num Nums is located near the entrance to the attraction, and these ginormous cookies are a yummy after-coaster treat.

As you walk through the line to the boarding platform for the ride, there are descriptions of the super family, and their specialties. You may even catch a glimpse of the supers’ interview on live television.

The first time I rode, I waited in the stand by line for about 45 minutes, but it was worth it. But there’s also a single rider line, and this is a great way to ride multiple times in a short period of time.  I liked that several of the thrill rides at the Disneyland Resort (including Incredicoaster, Space Mountain, Indiana Jones Adventure, Radiator Springs Racers) had single rider lines, which is not always the case at the Walt Disney World Resort.

I really enjoyed riding this coaster. In my opinion, it was the best ride in Disney California Adventure park. It is especially entertaining for teens like me, who love observing the views of Disney, and at the same time having a blast! I would recommend this coaster for everyone and anyone who wants to have fun at the Disneyland resort!

Want to experience the new Incredicoaster for yourself? Let Patricia at All for Dreams Travel help plan your trip to Disneyland Resort!  Her services are FREE to you, and she’ll make your vacation truly magical! 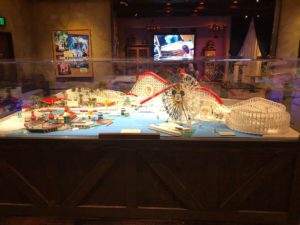 A model of the Incredicoaster, found at Blue Sky Cellar in Disney California Adventure