Alice in Wonderland Ride at Disneyland 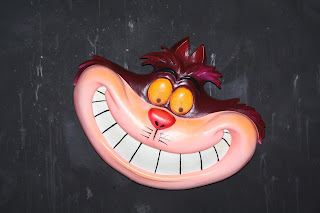 Alice in Wonderland opened in 1958, three years after the official opening of Disneyland. It was unusual for Walt Disney to open two rides based on the same movie- as Disneyland also has a Mad Tea Party ride. Still, Alice in Wonderland was and is, one of the more popular Fantasyland attractions. 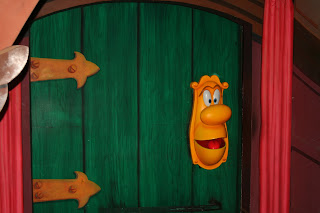 The ride is considered to be a dark ride, as much of it takes place indoors. There is also an outdoor part of the ride. The three and a half minute ride takes guests on a ride through Wonderland on a giant caterpillar vehicle. Like all Disney rides, this ride is terrific at telling a story. In this case, guests will experience characters and scenes from the 1951 Alice in Wonderland film. 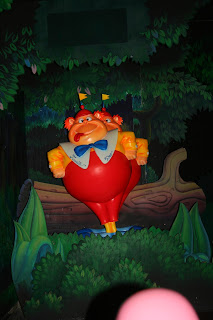 The ride begins as guests load into giant caterpillars. Diva Tip: Each caterpillar can hold about four guests. The caterpillars go down a rabbit hole and from there, into Wonderland! Favorite characters such as Tweedledee Dee and Tweedledum, the white rabbit, the Cheshire cat and the Queen of Hearts can be found throughout the many rooms of this ride. The caterpillar moves slow, and the ride feels quite enchanting with the addition of music and bright colors in the dark rooms.

Once outside, guests are treated to quite a view, being as they are on a second story. Unfortunately, this view is blocked somewhat by the temporary rails that were installed in 2010 as a safety precaution. The more permanent railings are scheduled to be installed in this coming year. This will result in the ride being closed down for a period of time. 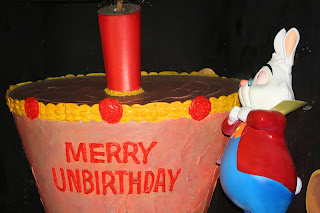 For the last part of the ride, guests re-enter a building. This part of the ride was added in 1984 and takes guests into a Mad Tea Party scene complete with the Mad Hatter. 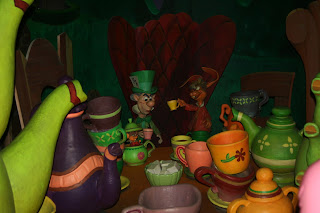 The scream factor for this ride is a 2, simply because it is a dark ride and the indoor parts of the ride can be loud. For some time, D’land Diva son was also a bit frightened by the Queen of Hearts, who looks quite angry during one scene.

Wheelchair and Scooter guests may enter the ride through the exit, but must transfer into the vehicle. The guest assistance line can be quite long, and it is slow loading, so it is my suggestion that you get there early.

Diva Tip: The line for Alice in Wonderland generally hovers around a 30 minute wait. It is least crowded in the morning time and while there is a parade going. In fact, the ride is on the parade route so folks often overlook the ride in favor of watching the parade.

See you in Wonderland!