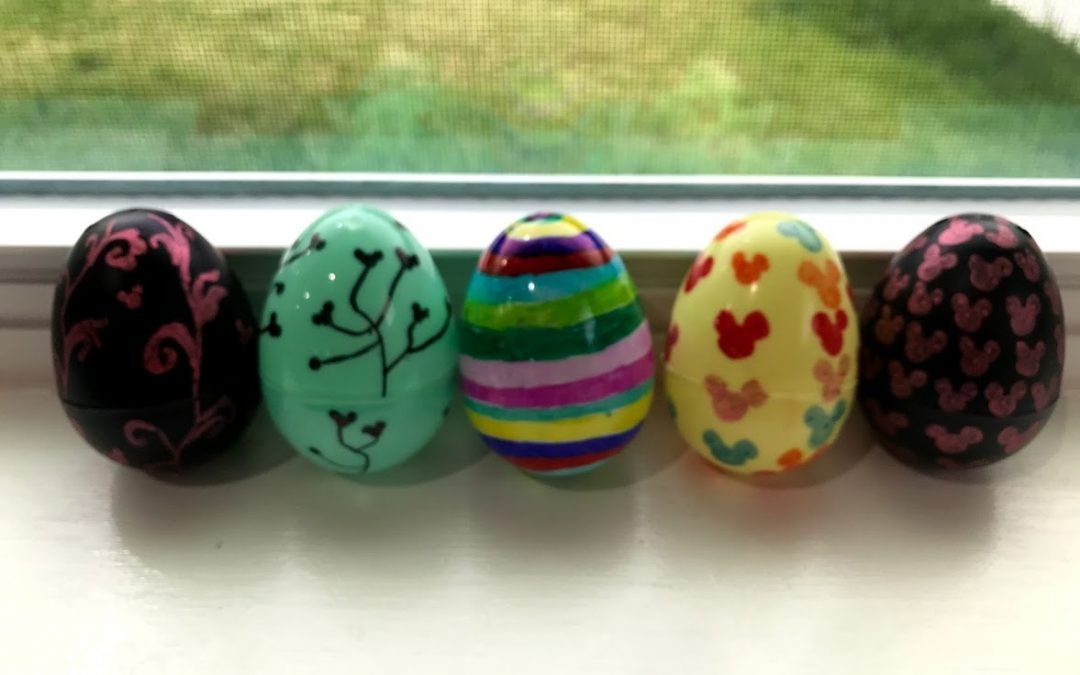 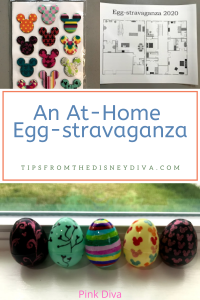 This year my family, like so many others, was excited about Spring Break.  While we didn’t have big vacation plans, we did plan to go to Disney World.  Test Track is back up and running.  We talked about getting up super early one day to try to get a Boarding Group for Ride of the Resistance.  We also wanted to participate in the Egg-stravaganza. It is one of my families favorite Spring Disney traditions.  The Egg-stravaganza was supposed to run from March 27 through April 12.  It is unknown if it will happen this year since Disney is closed with no opening date.

If you have never participated in the Egg-stravaganza it is an egg hunt all around the World Showcase in Epcot.  You buy a map that comes with character egg stickers at participating shops.  (Usually Disney Traders, Pin Central, and World Traveler.)  A giant character Easter egg is hidden in each of the countries around the showcase.  Once you find the giant egg you put the coordinating character sticker on the map.  Once you have found all 12 and your map is finished head back to where you bought your map to collect your prize! 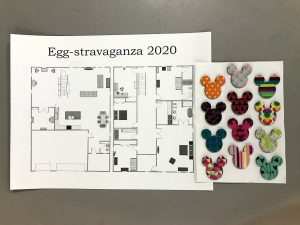 Our map and stickers.

The giant character eggs are about two feet high.  They may be inside buildings or somewhere outside.  All of them will be in a spot where they can’t be touched by the public.  Keep in mind that some countries are on both sides of the path.  (Italy has been particularly tricky some years with eggs hidden on one of the canal boats.)

As an extra fun challenge we like to try and guess which character egg will be in each country.  Before we enter the country each of us takes a guess.  It gets easier the farther you get around the countries, but the first few are always lots of fun to guess. 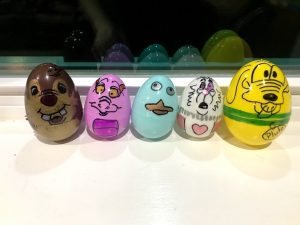 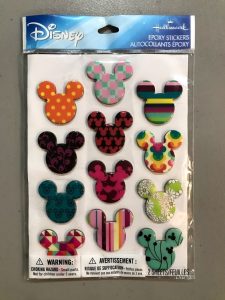 Instead of being sad we are missing it this year, I decided to re-create it at home.  I have a ton of plastic Easter eggs, sharpies, and time.  I figured I would copy the character eggs.  I am no artist, but can follow simple directions or do a decent enough copy.  Not this time.  They did not look good AT ALL.  But, that still did not deter me from my project.

I looked through all my craft stickers and came up with these Mickey heads.  They were perfect!  It came with two sheets of stickers.  Knowing I would need one for each kid I still had to do something with the eggs.  Once again I grabbed my plastic eggs and sharpies.  The Mickey patterns weren’t too complicated.  I did 12 eggs to look similar to the 12 Mickey stickers.  The kids saw me color them and could match them to the Mickey pattern, so I knew I was doing a good enough job.

My husband helped me out and made the map of our house.  I was planning on a very basic map, but he is awesome and went above and beyond.  The kids were able to recognize that it was our house right away.  They were excited to see their bedrooms on the map.

The kids had no idea what we were up to as we kept it a secret.  The night before the At-Home Egg-stravaganza we hid the 12 eggs all over the house.  We made sure they could spot them, but still had to look for them.  We put the maps and stickers into an envelope with “Open Together” on the outside.  We left it on the table as a surprise in the morning. 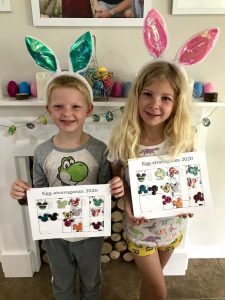 The kids with their finished maps.

The kids found their envelope and were confused at first.  Then they opened it and knew exactly what it was.  They were excited to rush around the house and find all the eggs.  It probably took them at least a half hour to find all the eggs.  They were excited to show us their finished maps.  After they finished the initial egg hunt they wanted to do it again and again.  I hid the eggs again and they found them-this time without the map.  They then spent the rest of the morning hiding the eggs for each other to find. 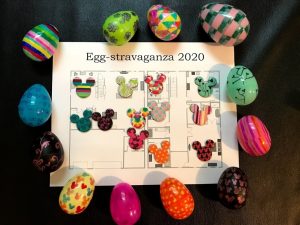 The finished map and eggs.

While this wasn’t the Disney Egg-stravaganza we had planned this year, it was still a lot of fun.  Hopefully the kids remember this year as the one Mom and Dad made them an egg scavenger hunt.