Are You Ready for Toy Story 4? 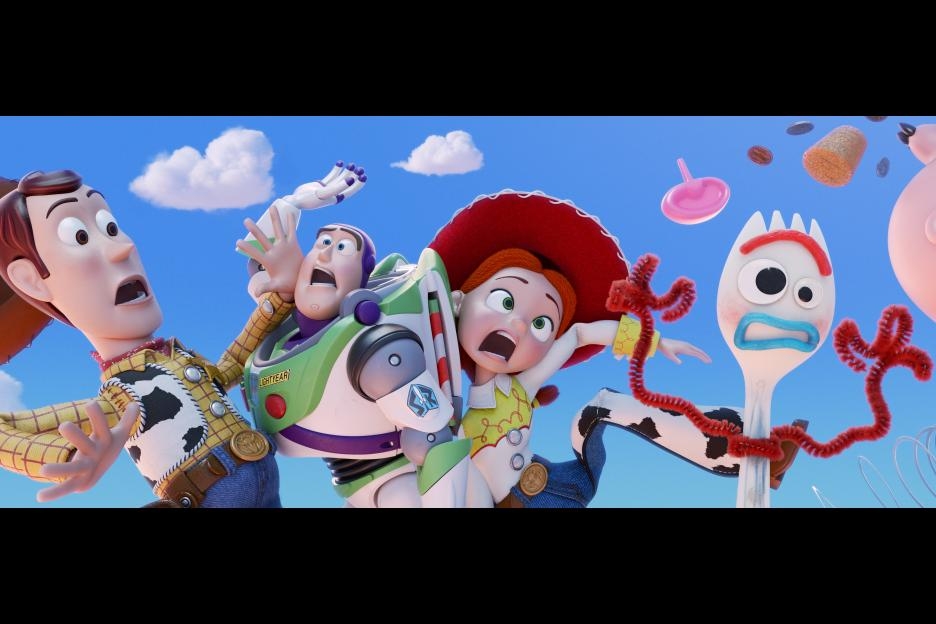 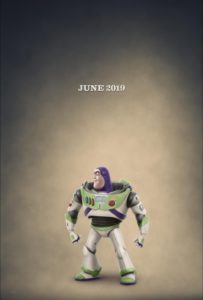 NEW TOY? – Everyone’s favorite pull-string cowboy sheriff Woody, along with his best friends Buzz Lightyear and Jessie, are happy taking care of their kid, Bonnie, until a new toy called “Forky” arrives in her room. According to Forky, a spork-turned-craft-project, he’s not a toy at all—and he’d rather skip this big adventure completely, if only they’d let him. Tom Hanks, Tim Allen and Joan Cusack return as the voices of Woody, Buzz and Jessie, and comedian Tony Hale lends his voice to Forky. Directed by Josh Cooley (“Riley’s First Date?”) and produced by Jonas Rivera (“Inside Out,” “Up”) and Mark Nielsen (associate producer “Inside Out”), “Toy Story 4” ventures to U.S. theaters on June 21, 2019. 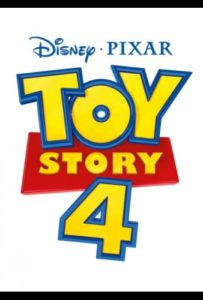 ABOUT “TOY STORY 4”:
Woody has always been confident about his place in the world and that his priority is taking care of his kid, whether that’s Andy or Bonnie. But when Bonnie adds a reluctant new toy called “Forky” to her room, a road trip adventure alongside old and new friends will show Woody how big the world can be for a toy. Directed by Josh Cooley (“Riley’s First Date?”) and produced by Jonas Rivera (“Inside Out,” “Up”) and Mark Nielsen (associate producer “Inside Out”), Disney•Pixar’s “Toy Story 4” ventures to U.S. theaters on June 21, 2019.

But Forky insists that he is NOT a toy! An actual spork-turned-craft-project, Forky is pretty sure that he doesn’t belong in Bonnie’s room. Unfortunately, every time he tries to get away, someone yanks him back into an adventure he’d rather skip. “The world of Toy Story is built upon the idea that everything in the world has a purpose,” said Cooley. “A toy’s purpose is to be there for its child. But what about toys that are made out of other objects? Forky is a toy that Bonnie made out of a disposable spork, so he’s facing a crisis. He wants to fulfill his purpose as a spork, but now has a new toy purpose thrust upon him.”

Filmmakers called on comedian Tony Hale to provide the voice of Forky. “It’s a huge thrill to be part of the Toy Story family,” he said. “But it’s going to take a while for it to really sink in.”

Said Cooley, “When we thought up this character, Tony was the first actor that came to mind and I’m thrilled he accepted. Tony’s performance as Forky is a comedy salad of confidence, confusion, and empathy… served by hilarious spork.”

How were filmmakers able to convince Hale to give voice to Forky? “A utensil’s existential crisis?” he asked. “I’m in!” 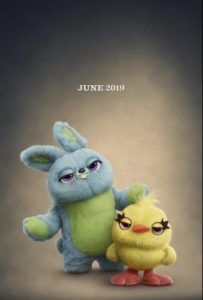 · “Toy Story,” originally released on Nov. 22, 1995, was the first fully computer animated feature film and the highest grossing movie of the year. It was nominated for three Oscars® and two Golden Globes®.
· “Toy Story 2” is the first film ever to be entirely created, mastered and exhibited digitally. It was also the first animated sequel to gross more than its original, breaking opening weekend box office records in the U.S., UK and Japan, becoming the highest grossing animated release of 1999. It won the Golden Globe for best motion picture – comedy or musical. It won a Grammy® for best song written for a motion picture, television or other visual media (Randy Newman, “When She Loved Me”).
· Released in 2010, “Toy Story 3” won Oscars® for best animated feature film and best achievement in music written for motion pictures, original song (Randy Newman/“We Belong Together”). The film also won a Golden Globe® and BAFTA for best animated film. It was the second Pixar film to be nominated for the best picture Oscar. It’s also Pixar’s second highest-grossing film of all time behind “Incredibles 2.”
· The 2015 short “Riley’s First Date?” was helmed by director Josh Cooley and produced by Mark Nielsen.

Conquering Toy Story Land in Less Than an Hour 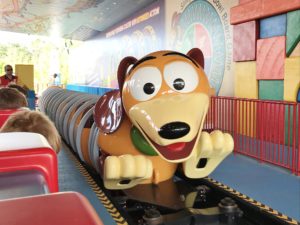