Be in the Room Where it Happens with Hamilton on Disney+ 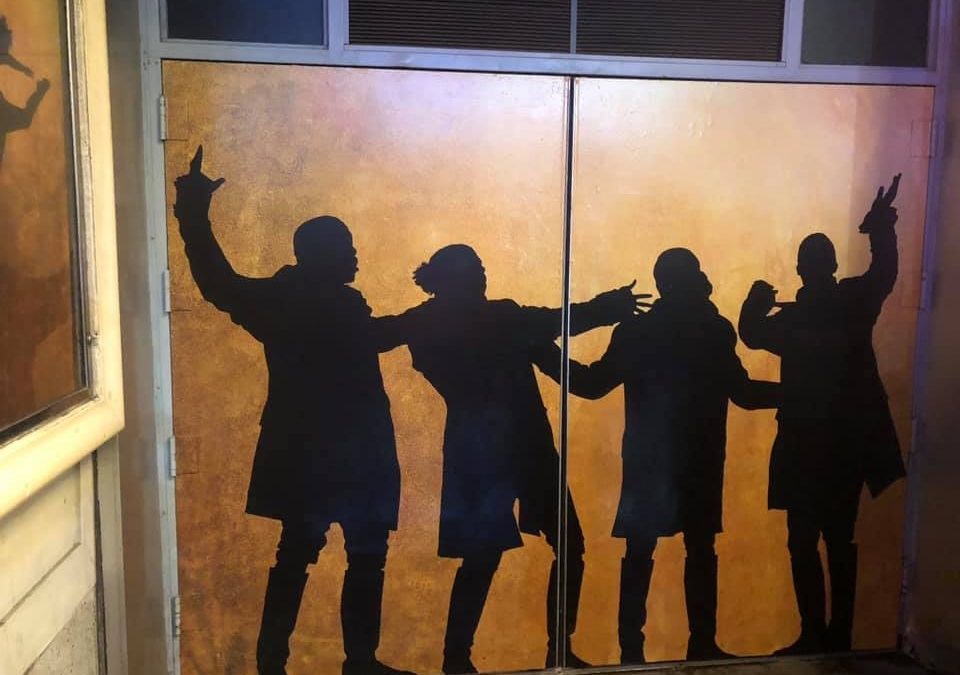 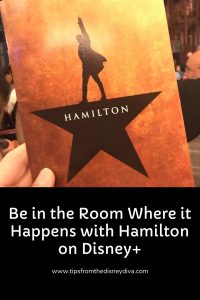 I have always been a huge fan of musicals- sure, nobody really busts out into song as they go about their daily live, but call me a sucker for a catchy tune or two. For some reason, I missed the fad when Hamilton debuted in 2015. I vaguely remember some friends mentioning how much they enjoyed the soundtrack, but for some reason I never stopped to give it a shot (pun intended, for you fellow Hamilton fans). Fast forward to last year when I was listening to a Broadway channel on my favorite internet music streaming service. The title song, Alexander Hamilton came on and caught my attention. I knew Lin Manuel Miranda from his work with the Moana soundtrack and his role in Mary Poppins Returns so I decided to look up the rest of the soundtrack and give it a listen. After one play through, I found myself laughing, crying, and singing the songs in my head for days. I mean, that sucker really got stuck in my head and I would wake up singing snippets from You’ll Be Back.

A few months after I fell in love with the Hamilton soundtrack, I found out Hamilton on Tour would be coming to a city near me and I knew I wanted to try and get tickets. In preparation for tickets to go on sale, and in an attempt to justify the cost of the tickets, I introduced my husband to the soundtrack and he fell in love as well. In fact, he loved it so much that he bought me a copy of the Hamilton soundtrack for my birthday so I could listen to it anywhere. 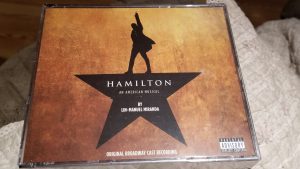 I logged in well over an hour before tickets went on sale for Hamilton on Tour and spent all day in queue waiting for my turn. Unfortunately, by the time it was my turn there weren’t any tickets left in my price range. I was definitely disappointed as I’d heard how amazing the show was from friends who had been fortunate enough to see it live. I figured I’d missed my shot to be in the room where it happens for the time being, but eventually it might come to another city near me and I’d try again. 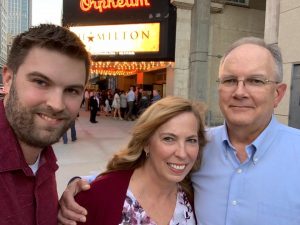 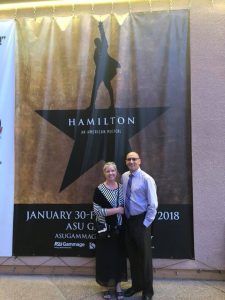 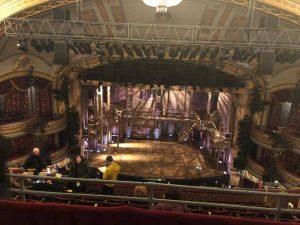 The stage Jersey Diva saw Hamilton on in NYC

I was so excited and surprised this past May when Disney announced that Hamilton would be coming to Disney+ just in time for Independence Day. My family has been huge fans of Disney+ since it debuted last November (if you need more information on why Disney+ is so awesome, check out Tiggerific Diva’s review here). I could finally see Hamilton without having to do anything other than turn on my favorite streaming device! In the days leading up to it’s debut, Disney dropped several previews that really had me anxious for July 3rd to arrive. 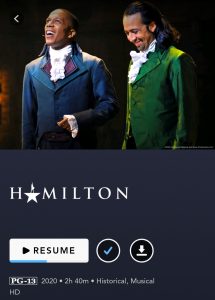 The day finally arrived, and thankfully it was a Friday because my husband and I had to wait until our kids were in bed. If you’ve never seen Hamilton before it contains language, violence, and adult themes that make it unsuitable for young children. In fact, they had to edit out a couple of words in order to get a PG-13 rating so Disney+ would air the show. As soon as Leslie Odom Jr stepped on stage, I got goosebumps that didn’t let up the entire performance! The amount of talent on that stage is just mind boggling! It was so incredible to see all these characters and scenes I had envisioned in my head come to life before my eyes. Seeing the facial expressions that don’t convey on the soundtrack as well as some of the quirks the actors created for their characters (specifically Thomas Jefferson and King George III) gave the show a whole new depth I never thought possible. I laughed, I cried ,and I definitely sang along! It was so incredible and I know I will have to go back and watch it several more times to fully appreciate all that was happening on the screen. The production team did a fantastic job of making it feel like we’re all in the room where it happens instead of watching a pre-recorded show on our television. Disney even created a print-at-home playbill that they posted on their Facebook page to make it feel even more like attending a live Broadway show.

Whether you’ve been a fan for a long time or this is the first you’ve heard about it, I definitely recommend watching Hamilton on Disney+. Don’t throw away your shot- it will blow you all away.