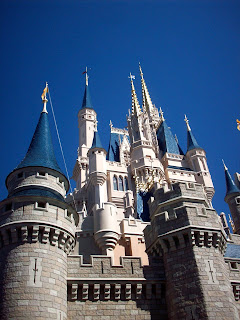 by Fantasmic DivaHave you been to Disney World more times than you can count? Looking to add something extra to the magic this time? Why not book yourself and your family a Disney Tour? It adds some behind the scenes knowledge to your Disney Parks stay. There are all different kinds of tours for all ages, however, more of them are geared towards the adults than towards the kids but there is a tour for everyone.

If you want to know the secrets behind the magic and have it all told to you by an expert Disney Cast Member, the tours are the perfect way to expand your Disney knowledge! Booking yourself a tour is extremely simple, if you are booking with a travel agent discuss with them the perfect tour for you or your family and they can call and book one for you. All of the numbers for the tours are on the Disney Parks website. You simply pick the tour that is perfect for you and add that to your list of reservations just like you would with a dining reservation or hotel, and just as with those two types of reservations, make sure you keep your confirmation number and paperwork with all of your other trip documents. Booking a Disney Parks tour guarantees an extra bit of magic on top of an already awesome trip! And the best part…everyone learns something new on a Disney Parks tour!

Time to pick your tour! I would advise picking a tour that involves your favorite park, there’s no park left without a tour! If you want to make the most of what the park has to offer in terms of rides and attractions on your schedule, I advise the VIP Tour Services in the park of your choice. It allows the tour group to avoid some of the lengthy lines at the park and VIP seating for shows and parades. As a member of a group on a VIP tour, your group gets personally escorted around the parks by an expert Disney tour guide and dropped off at all of your dining reservations and desired attractions by the tour guide, and since you are the VIP, you get to set personalized preferences for your tour.

As you can see, the selection of tours is extensive to say the least! There are some tours that are held all year long and others that are specific to a time of year, such as the Christmas tours. Since the age of allowed participants varies from tour to tour, when you call to make your tour reservation, make sure to double check with the cast member that all members of your tour-bound party will be allowed on the tour. Just as they range in age, length and the parks they cover, they also range in cost; the longer the tour and the more extensive it is, the more expensive it will be. So if you are looking to add some fun education and a new adventure exploring the lesser seen areas of the Disney Parks, book yourself a tour with a Cast Member travel representative today! Step behind the green disappearing paint and immerse yourself in Disney history on your next trip!