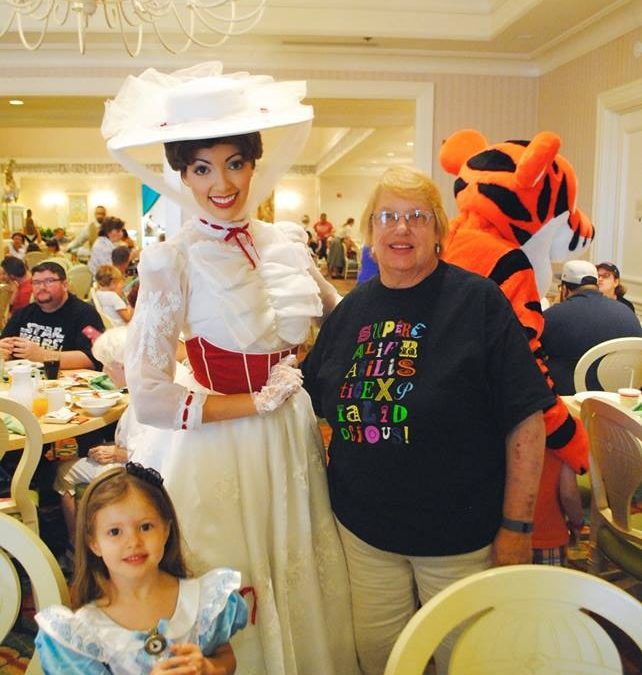 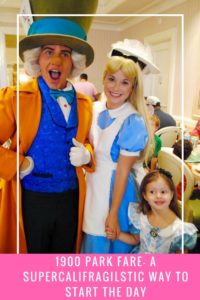 When it comes to eating at Walt Disney World, my family tends to be creatures of habit. Each of us has our favorite restaurant that we can’t miss, and so it’s rare that we branch out and try something new. Occasionally, however, we do manage to step out of our comfort zone just a bit as we did for breakfast on our last trip.

We always schedule a couple of non-park days during our vacation to allow us to check out the multitude of resort amenities, restaurants, and shopping opportunities you can find throughout Disney property, so we chose to spend one of those mornings trying the Supercalifragilistic Breakfast at the Grand Floridian’s 1900 Park Fare restaurant. The day we were able to get a reservation ended up being my husband’s birthday, so I figured that would be a fun way to start his special day.

Due to the fact that it isn’t quick to go from one non-monorail resort to another resort such as Grand Floridian, we left our resort rather early and ended up arriving early for our reservation. However, we went ahead and checked in at the hostess stand and were fortunate to be seated a short time later. The first thing I noticed is that they managed to squeeze a lot of tables into a somewhat small space. There definitely isn’t a lot of standing room and snaking between tables to get to the buffet proved a bit tricky at times. If you’re a claustrophobic person, this may not be the restaurant for you.

Once we were seated, the waitress appeared shortly to take our drink order. I had read several reviews before our trip talking about slow service at Park Fare, but we were lucky that our waitress did a great job being efficient yet friendly throughout our meal. She even noticed the birthday button my husband was wearing and brought him a birthday cupcake towards the end of the meal. For other tips on how to celebrate a birthday at WDW, check out Disneylove’s article here. 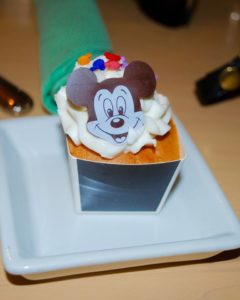 The food on the buffet was typical of what you expect on a Disney breakfast buffet- assorted pastries, Mickey waffles, a variety of egg dishes including a build-your-own omelet station, and typical breakfast meats. Everything was fresh and delicious. I even tried and enjoyed the famous strawberry soup, even though I’m not typically a fan of strawberries. 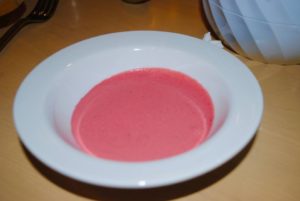 The highlight of the meal was the characters. When we visited, all the characters were not spaced throughout the restaurant like we’ve typically seen elsewhere, they were all very close to one another and we saw everybody in a small window of time. This didn’t bother me, as it allowed my daughter to focus on her food rather than who was coming to the table next. Unlike other character dining experiences, I felt like the characters at 1900 Park Fare spent as much time with the adults as they did with the children. The Mad Hatter was a personal favorite he was definitely a hoot! My husband decided that since the Mad Hatter typically celebrates un-birthdays, he would ask how actual birthdays were celebrated. Mad Hatter turned to my husband, gave him a disgusted look, and told him it was only a temporary condition that would pass by tomorrow. Alice and Mad Hatter also made a fuss over my daughter, who was wearing her Alice in Wonderland dress. 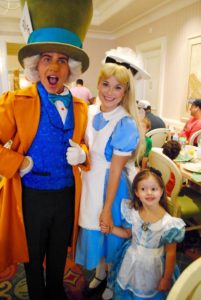 The character experience alone made the breakfast worth it for my family. We really enjoyed interacting with characters that aren’t necessarily easy to find in the parks. The excellent food and great service were just the cherry on top of our Supercalifragilistic morning, and we’ll definitely be dining at 1900 Park Fare for breakfast on future trips!

If you are interested in dining at 1900 Park Fare on your Disney vacation, be sure to consult with our very own FREE Disney Diva Travel Agent Patricia from All for Dreams Travel!