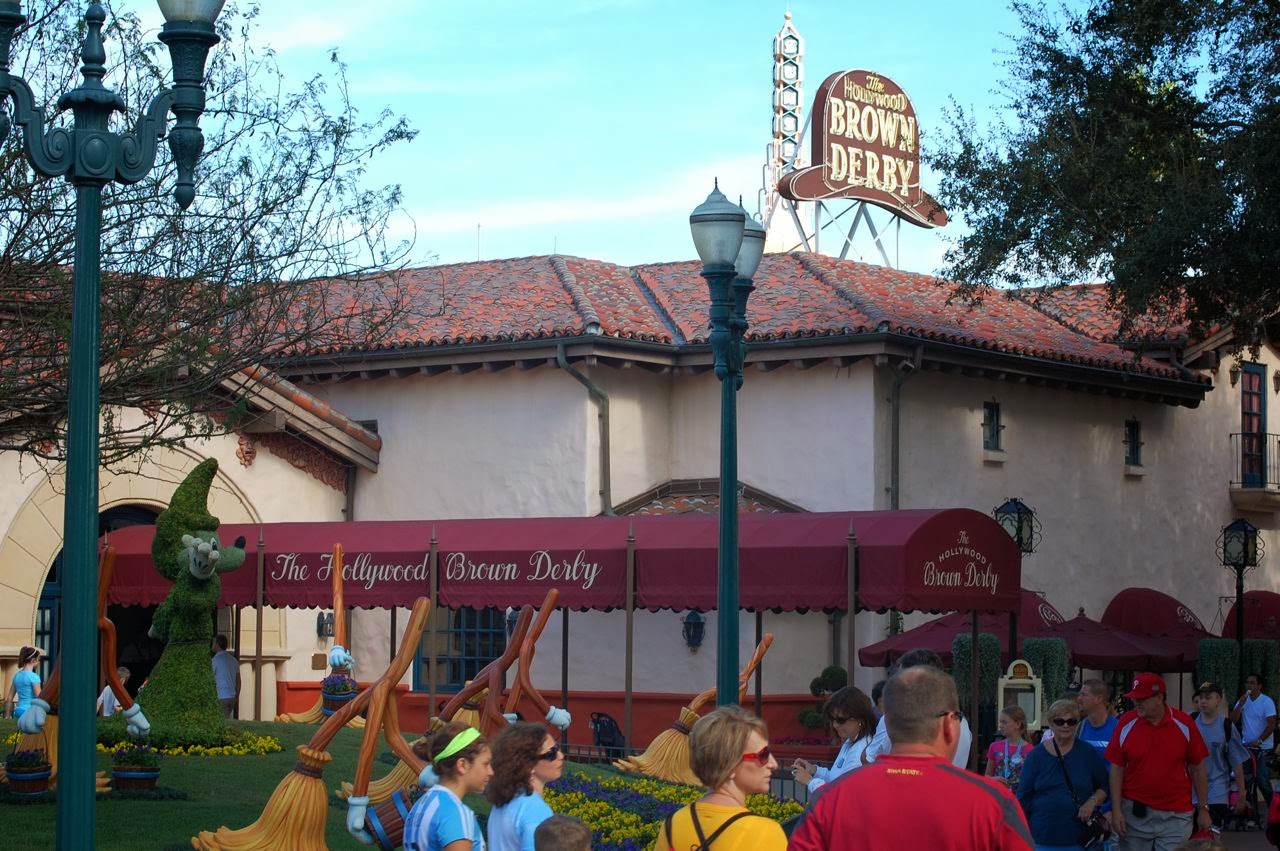 By Nick the Disney Devo:

The Hollywood Brown Derby in Disney’s Hollywood Studios is our favorite restaurant at Walt Disney World. It’s got my wife Barbie’s favorite, the Cobb Salad, and my favorite pork chop in the whole world, plus the very unique Grapefruit Cake. Entree items include an herb-roasted rack of lamb, free range chicken served over spiced chorizo, scotch-maple glazed salmon and a char-glazed filet of beef with a wine reduction sauce. If grapefruit cake isn’t your thing, maybe chocolate served 3 ways is? We are talking praline milk chocolate cream, crunchy ganache and orange-chocolate mousse. Lunch and dinner runs about $30 a person, and desserts are around $9. It is well worth your time to visit and your stomach will thank you! 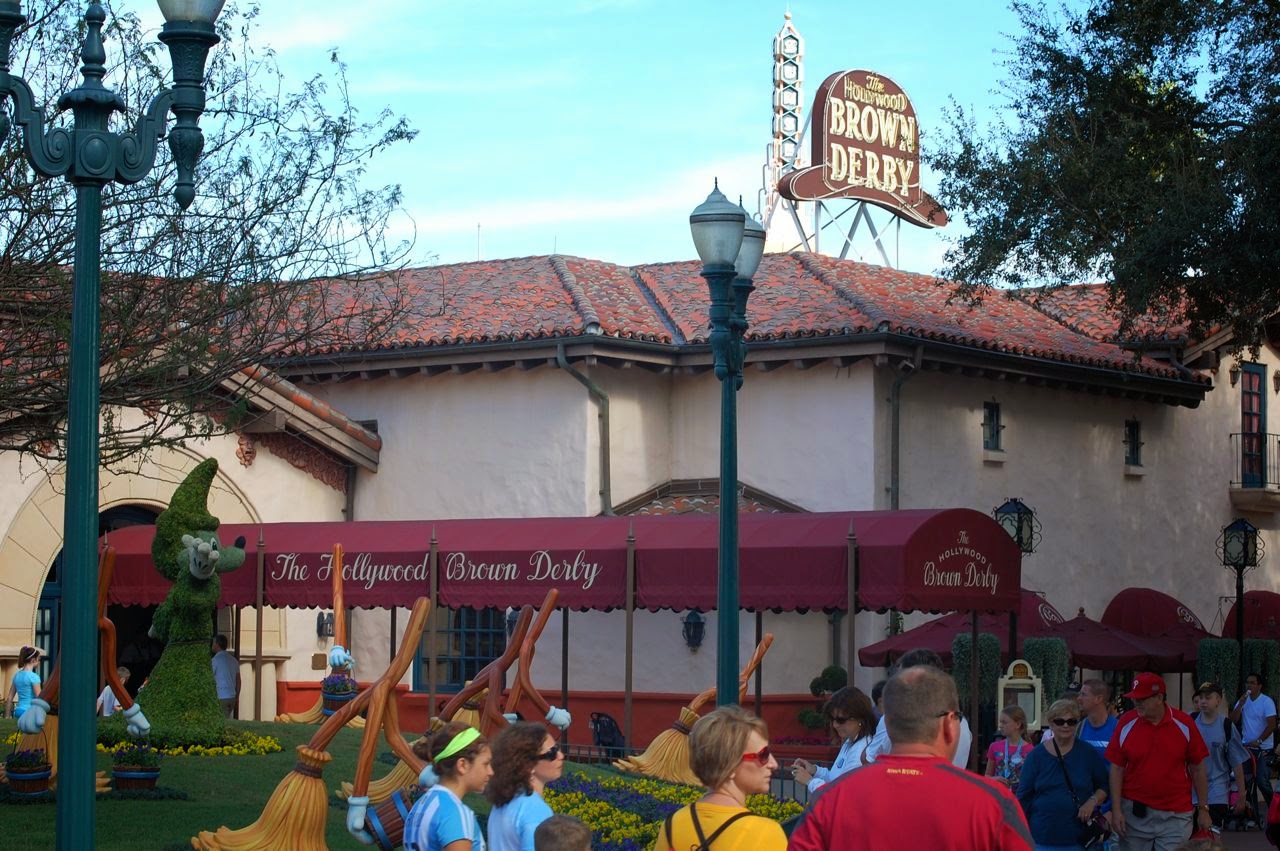 How could it get any better?

Well, we discovered how one morning on our most recent trip!

It was 11:00 am and we were at DHS, and we were getting hungry. We hadn’t made an Advanced Dining Reservation (ADR) for The Brown Derby, so we walked up to the desk and inquired if we could get a seat as soon as possible. The restaurant opens daily at 11:30 am, and I was told they had seating available at that time.When given this information, I responded with “That sounds great! This is our favorite restaurant!”

The gentleman taking our information, got a big smile on his face, and asked if we would like to be the celebrity couple of the day and open the restaurant. Barbie and I both said “Absolutely!” in unison!

We were give a plastic bowler hat for me to wear, and a feather boa for Barbie, and asked to return at 11:20. 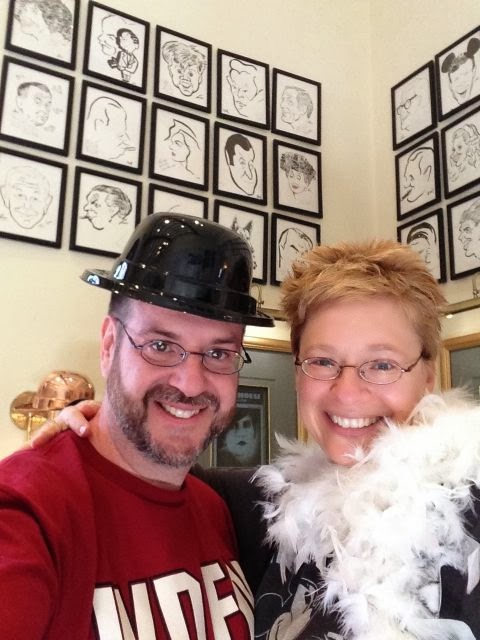 We then walked around outside a bit, laughing at the funny looks we were receiving.

At 11:20, we returned, and a few minutes later, the manager came out, and announced us to other guests and the entire staff!  Then, just as I was taking out my iPhone to ask for a photo, the manager snapped a picture with HIS camera. (You’ll see why I mention this last fact later.)

They took another picture of us cutting a red ribbon, officially opening the restaurant for the day. 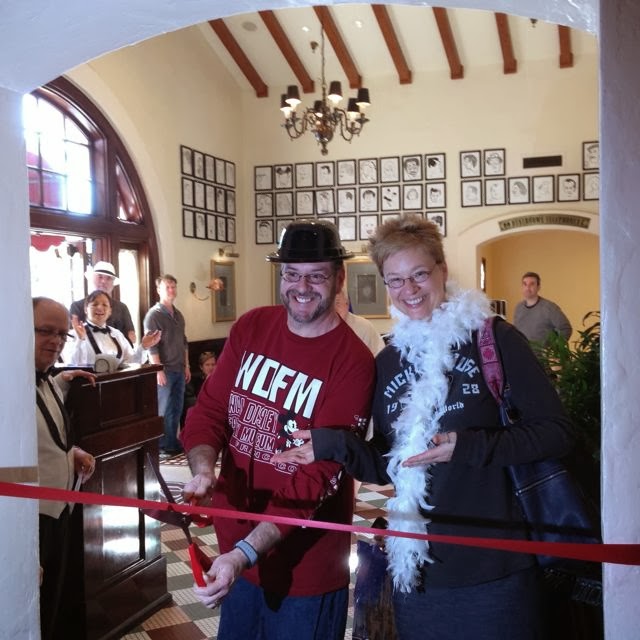 They then asked us again to stop, and strike a leading man and diva pose. 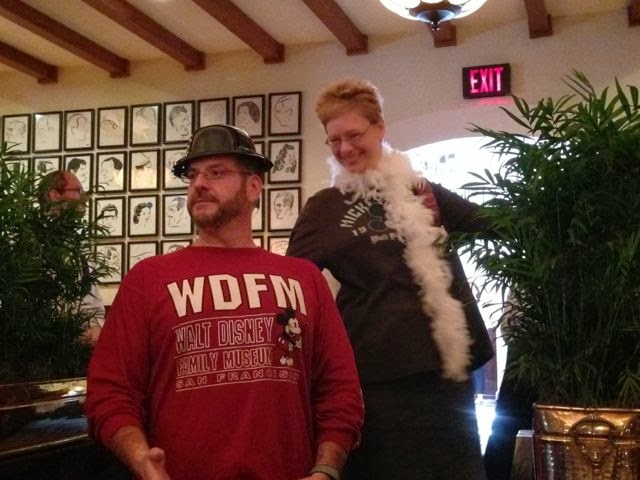 We were then escorted to a table strewn with silver stars and Mickey heads! 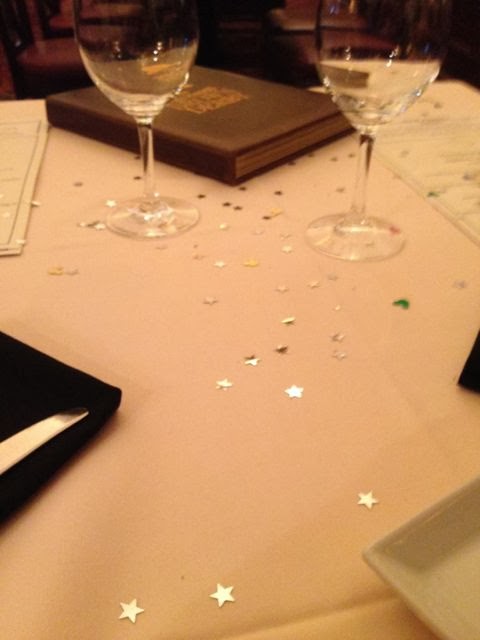 Our meal was wonderful, as usual. And we had one more surprise at the end! We were given this commemorative photo souvenir! 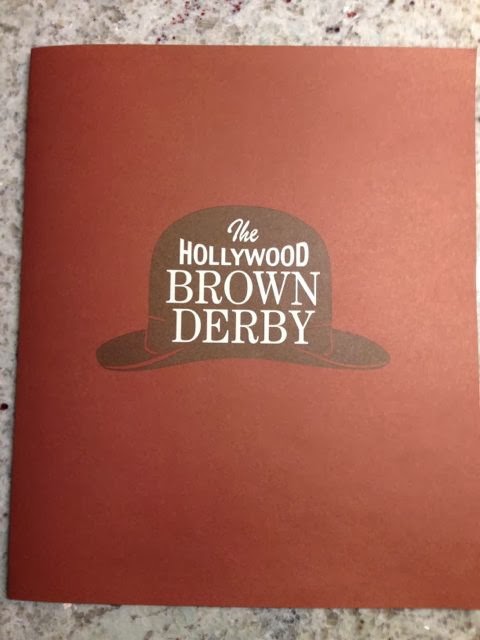 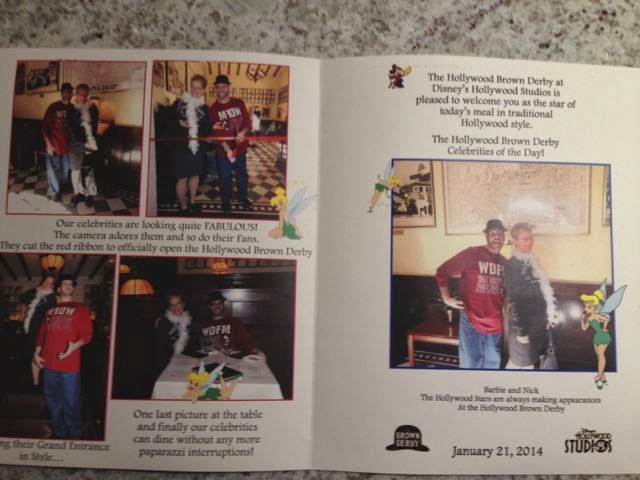 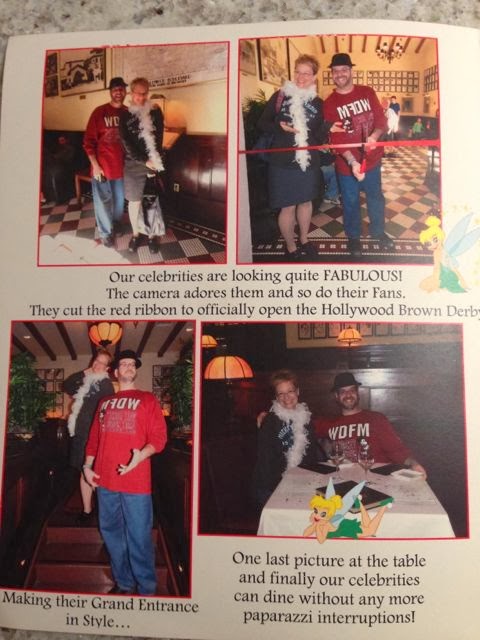 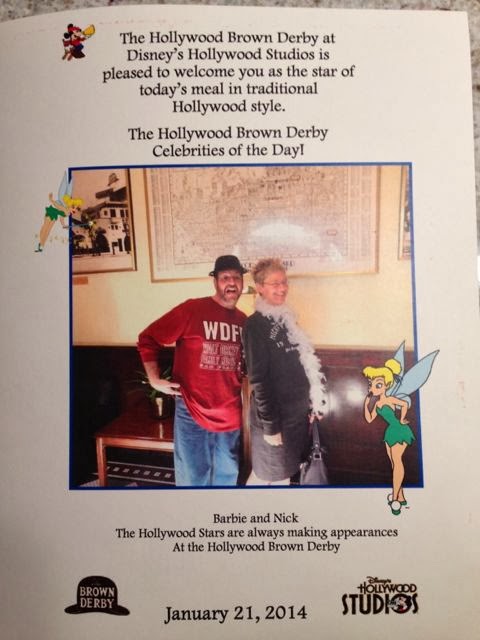 In the last photo, as mentioned earlier, I am just taking my phone out and asking for a photo. THAT is the moment captured forever here, which makes for a rather hilarious photo, in our opinion!

Another magical moment, at the most magical place on Earth!

This article was originally posted on the Disney Musings Blog, which Nick co-writes and edits along with his wife, Barbie, and friends.