Character Breakfast at Cape May 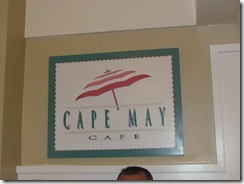 It was so exciting do a totally different Character Meal this February. My daughter and our two good friends, Les and Lisa had a girls’ breakfast at Cape May.

Cape May is at the Beach Club resort. We had a car so we just went in and parked, but if you were staying on property you would want to take a bus to either Hollywood Studios or Epcot for your reservation.

Make sure that you’re at least fifteen minutes early 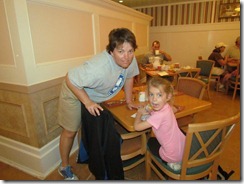 for your reservation so you can check in on time.

Once we got to the host station, we received our little buzzer and had a seat in the lovely Beach Club lobby for just a few minutes. Then our buzzer went off. We probably waited for less than 5 minutes.

The restaurant is much larger than I thought it was going to be, and there was a large amount of seating. The dining rooms sport a classic 30’s and 40’s beach theme and there is a buffet that will blow your mind.

It’s also one of the most affordable Character Meals out there at $25.00 for adults and $12.99 for children. Its also a great way to see the some of the “Fab 5”. Specifically, you’ll get to dine with Minnie, Goofy, and Donald!

After we were seated, our waitress took our drink orders and we headed off to the buffet. I can say, without hesitation, that this was THE MOST DELICIOUS BREAKFAST BUFFET at Walt Disney World. It far surpassed any that I’ve ever had at Crystal Palace, Akershus, Hollywood and Vine, Tusker House, & Chef Mickeys. 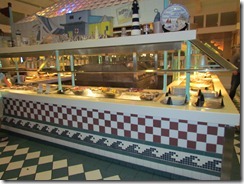 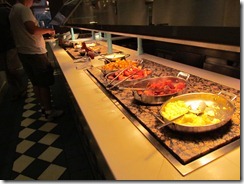 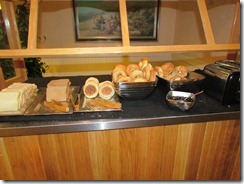 Here were some of our favorites yummy foods!
The hash browns, sweet rolls, cinnamon rolls, and chocolate croissants were amazing, but we DIED over the Mickey frittata, and quiche. There was another casserole my friends both had multiple servings of, but I forgot to write down its name. 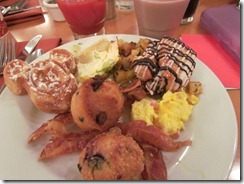 And soon it was time for the stars of our breakfast! Goofy, Minnie and Donald were all rocking their beach wear! This trip, Cape May was so empty that they came around THREE TIMES! We got to spend so much time with them and since so few people even know what Cape May is, you are unlikely to feel rushed during your entire meal, which is a real bonus. 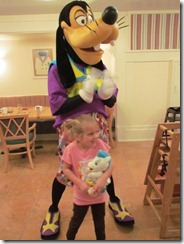 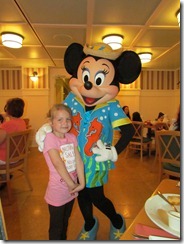 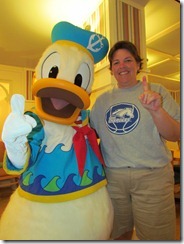 We loved Cape May and will ABSOLUTELY book it again. If you’re on the Disney Dining Plan and are looking to fill some meal slots, I’d encourage you to consider Cape May. And if you’re NOT on the Dining Plan this is a very affordable Character meal for you!
Have a great time!