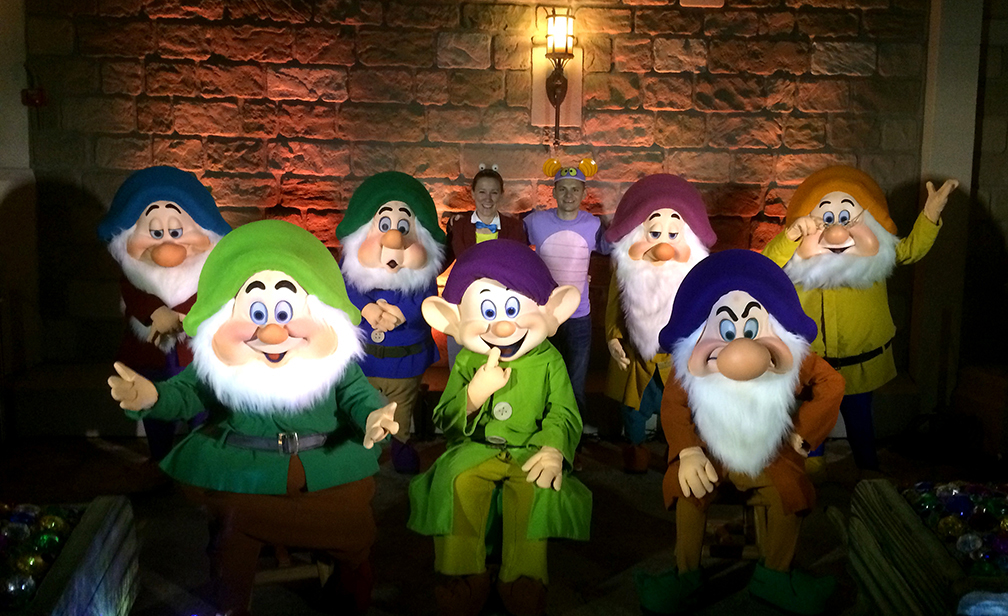 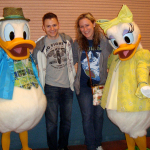 We all love visiting the Disney parks for a variety of different reasons. There’s no “one” aspect that is the sole reason for our frequent trips. And over time, the way we experience the parks changes as well. As children, rides and characters are king. Later in life, a relaxing boat ride or eating your way around the World is what you look forward to the most. Runners may see Disney World as a place where they set their new personal records. Everyone has their “thing” when they are at the Disney parks, the cherished, personal side activities you look forward to the most in between hopping from attraction to attraction. For my wife and I, we are world-class Character Hunters.

Even since I was young, I loved taking photos with the Disney characters. One of my most cherished childhood memories was being picked from the audience and pulled up on stage during a live Magic Kingdom show by Chip and Dale (to this day, I don’t know what the show was, but is was in 1986 if anyone knows their Magic Kingdom stage show history).

There’s something really special about spotting a character in the parks. As a frequent visitor, we start to know the parks pretty well. We know the shortcuts, the best times to visit attractions, and the best parade viewing spots. But having a character suddenly appear down a side alley of Main Street is like spotting a pod of dolphins on an ocean cruise. It’s completely unexpected, and sends you into a usually childlike bout of excitement over getting your picture taken with a sweaty, college-program kid in a foam costume. 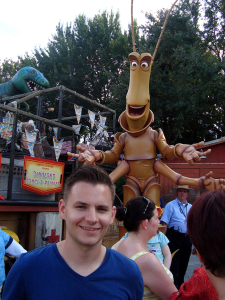 We have some rules to our particular brand of character hunting. We don’t do “face-characters”, characters like the princesses or princes who typically aren’t fur-covered. I just feel kind of weird about getting my picture taken with a college intern in 8 lbs of make-up and a 200 lbs dress. I have no problem with it in theory and encourage others to, but I need the thin illusion that those giant plastic heads provide, that I’m taking a picture with Donald Duck and not a petite Florida State sophomore making $9 an hour. 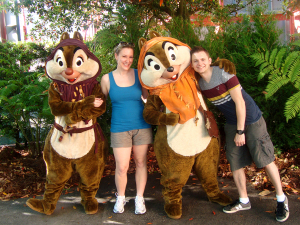 We also only try for rare characters. After a dozen or so trips, we have a boatload of pictures with your mainstays like Mickey, Donald and the chipmunks. Of course, if said chipmunks are sporting a new locale-inspired costume or are dressed like Ewoks, we’ll definitely stop them for a photo-op. We have a mental checklist of characters we’ve “collected”, so its getting harder and harder to find the unique ones, but every once in a while you spot a gem like Jiminy Cricket.

I’m actually not a fan of the predesignated characters spots, like the Epcot Character Spot. I totally understand their purpose. If a family saved up for years for their once-in-a-lifetime Disney trip, they’re getting a picture with that mouse no matter what. But I love the spontaneity of finding a character in an out-of-the-way spot, one who may soon vanish from said spot as if they were never there at all. These predetermined spots also mean the selection of characters in the last few years is pretty generic. Disney knows everyone wants a classic photo with Goofy and Co. and opt to put them out instead of, say, Friar Tuck. That’s what makes our character quests so rewarding when we spot someone really unique. If you are looking to become a bonafide character hunter, there are some helpful tips. The new My Disney Experience app will tell you who is out in the park at that moment in time, and usually provides their schedule for the remainder of the day. Though this does eliminate the spontaneity of “discovering” a characters during your day, it is helpful if someone rare pops up, so you can hightail it straight there.

Some of my favorite spots for finding characters are the Animation Academy at Disney’s Hollywood Studios and Rafiki’s Planet Watch at Animal Kingdom. Both spots are off the beaten path, and as such, tend to feature more unique finds. The Animation Academy typically features characters from Disney or Pixar’s latest movie, and usually only for a limited time, never to be seen again. Disney will typically also send characters out to the flagpole area of the Magic Kingdom right at park opening to draw the crowd’s attention away from their sprint to Seven Dwarves Mine Tran. This spot is a mixed bag of standard characters, but every once in a while you’ll get a 2 dollar bill like Marie the cat. The plaza outside the Great Movie Ride is also another example of this. World Showcase used to be a great spot, but less so in recent years. I really lament that fact that you don’t see as many country specific characters in World Showcase anymore. Back in the day, each country was repressed by a character whose stories originated in that part of the world, or a Disney classic character in country specific attire. Today, it’s a lot more generic. 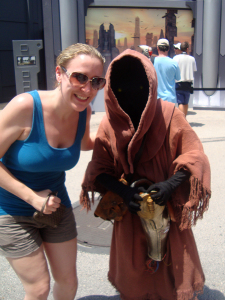 Now if you really want rare characters, special events and races are where you need to be. We discovered this last year when we attended our first Star Wars Weekend. We were overwhelmed with the amount of Star Wars characters and Disney characters in Star Wars garb spread throughout the park. The event map denoted spots where characters could be found, but it was always a surprise of their identity until you got there. In addition to that, multiple characters actually rotated shifts in these spots, making us regret only planning for one day at the event. A lot of people had the same idea as us at the event and lines got incredibly long. The Halloween and Christmas parties are another example of events that feature random, rare characters spread throughout the park. One helpful tip for getting pictures at these events was provided to us by a cast member. He suggested we get out of the 90 minute line for all Seven Dwarves at the beginning of the party and come back in the last hour. Most of the kids have tired out by then and line are much shorter. No bedtime for me, sleepy toddlers! 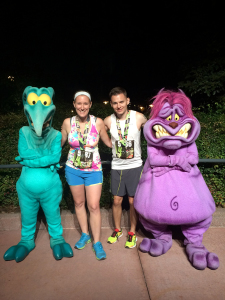 Another great character event are the RunDisney races. Of course, this one requires a lot more physical work, but its worth it if characters are your jam. Here, you’ll find loads of characters that have all but retired from regular park appearances, like Darkwing Duck and Mushu. I honestly think scoring photos with those rare characters was one of my wife’s primary motivations for training for her first 10 mile race. Characters are strewn all over the race course, and since this is a race after all, the line to get your photo moves fairly quickly. You can rack up a lot of great finds if you’re willing stop every mile or so. 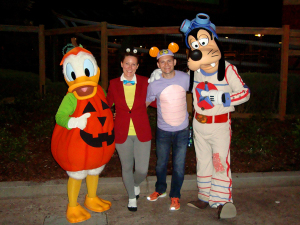 As character hunters we of course  have a wish list of characters we’re always on the look out for. My wife is obsessed with finding Friar Tuck. Not sure why, but he’s her White Whale. As a fan of Ducktales, I’d love to find Scrooge McDuck. Also, I haven’t seen Br’er Rabbit in many years and would love to spot him as well.

So, character hunters, always remember to keep your camera battery charged, a map (or app) in hand and your eyes peeled. You never know when you’ll spot a Country Bear randomly be doing a jig in the middle of Frontierland. 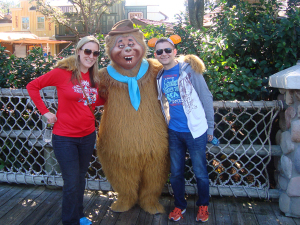