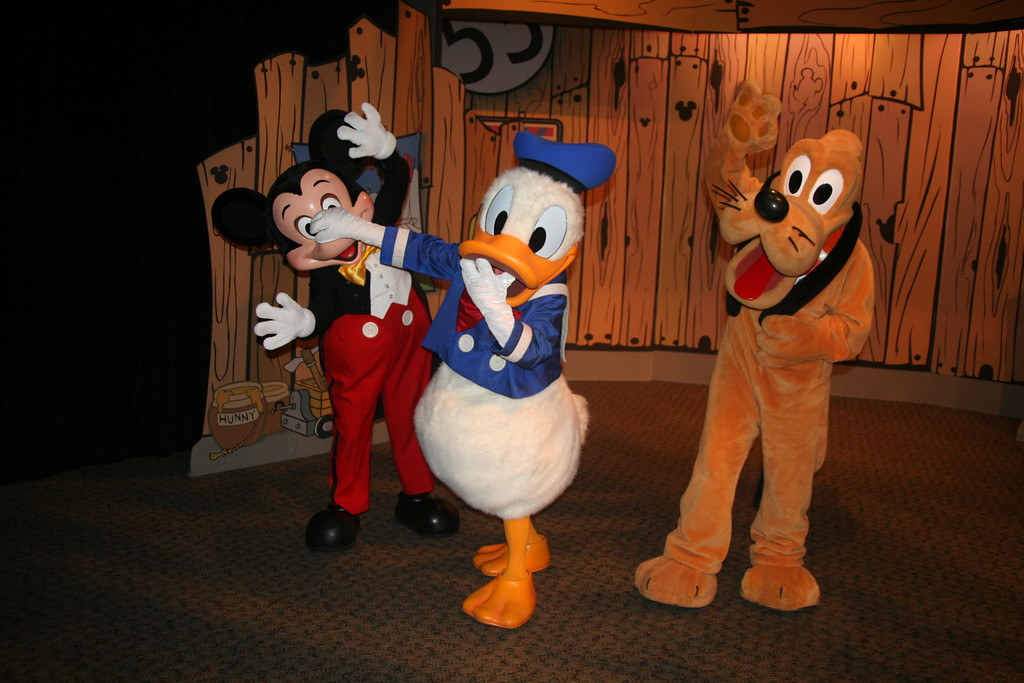 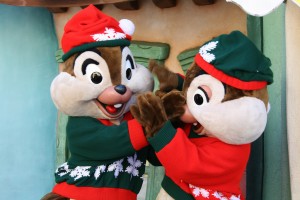 It was Christmas time at the Disneyland Resort, and I was pregnant with my son. D’land Diva hubby and I were trying to come up with the best picture for our Christmas card when we came across Chip and Dale in Toontown. The two of them starting playing while we were getting our camera ready. My hubby caught this picture of them honking one another’s noses just before we posed for our picture. 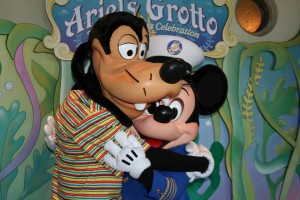 Before the Visa Meet and Greet at Disney’s California Adventure was moved to the Hollywood Land back lot, it was held in the Ariel’s Grotto Restaurant on the pier. Guests would had their card to the cast member at the top of stairs and then go downstairs for the photo. Often times there was one or more character there and they were all nautical themed. In this picture, we were waiting our turn to meet Goofy and Mickey as the family ahead of us was gathering their belongings. 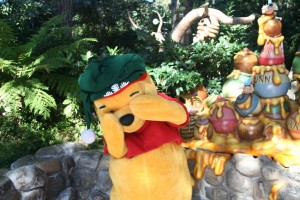 Sometimes it is fun to see the characters, well, in character. In this picture, Winnie the Pooh is playing shy for us as we make our way over to him for a picture. Diva Tip: In Critter Country in Disneyland is a terrific Winnie the Pooh Meet and Greet with Tigger, Winnie the Pooh, Eeyore and even sometimes Rabbit. 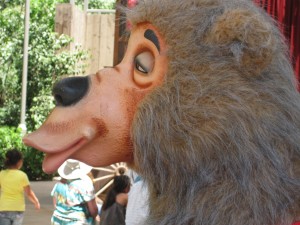 I will confess to missing the Country Bears. This year, over in the Big Thunder Ranch area, Disneyland had a terrific little area called Big Thunder Ranch Jamboree. Throughout the year, the area had different activities going on- one of the D’land Diva family’s favorite being the character meet and greet with some of the less frequented park characters. We were very pleased to see some of the Country Bears out for pictures and maybe just a little nostalgic. 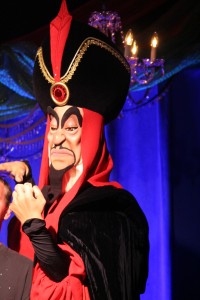 As previously mentioned, the Big Thunder Ranch area hosts some great activities throughout the year and one of the best activities are the villain meet and greets. Last year we saw Jafar- who we had never seen before! Diva Tip: The lines to meet the villains get extraordinarily long- this one was close to an hour. So, my advice is to get there around 10 am when the Big Thunder Ranch opens and get right in line at the villains tent. 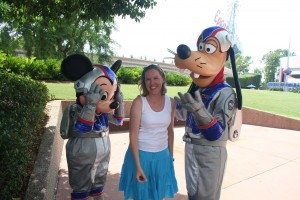 On one of our trips to Walt Disney World a number of years ago, we ran into these two in Tomorrowland. As you can see, Goofy was being Goofy. I thought it was really cool that they were dressed up in astronaut gear! I think Goofy was trying to convince me to be an astronaut. I’m not sure Mickey thought that was such a great idea. (I’m with Mickey on this one, although I loved visiting the Kennedy Space Center) 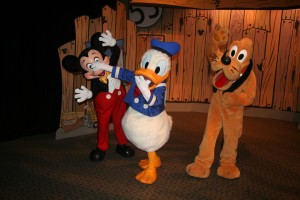 Sometimes at the Visa Meet and Greets at Walt Disney World, there’s more than one character. In this case we saw three fabulous characters and Donald kept playing with Mickey. We were going to pose in this picture, but we were having too much fun watching Donald be silly. We ended up taking only one quick picture with the characters, but our favorite picture of the afternoon was this one. Silly Donald!