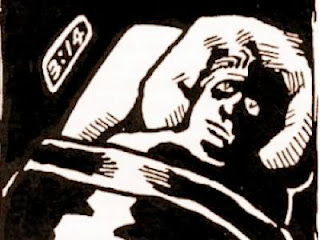 If you are anything like me, about a week, sometimes 2 weeks, before a Disney Vacation, you start having restless nights. Then, the night before your magical journey is about to begin, you are wide awake, tossing and turning, watching the clock.

I call this TETSS. Too Excited To Sleep Syndrome, and it’s a serious problem.

Over the years, I’ve developed a routine to combat this problem, and it works, to lesser or greater degree, each trip I:

I used to try to go to bed ridiculously early the night before, and would wind up waking up 4 hours later, unable to get back to sleep. My excitement about my next trip just WON’T let me sleep! Very irritating when I’m planning on doing A LOT of walking once I get to Disney!!

I asked the rest of the Diva team what they do to combat TETSS, and here are some of their solutions:
Photo Diva:
“I start walking months prior to a WDW vacation, because I average about 10 miles a day in the parks. (I suggest everybody wear a pedometer- you’d be surprised how far you go each day and read this article about tips for Walking around Disney). The closer I get to” go-day”, I try to walk more to exhaust myself. Melatonin (a natural herb) works wonders, as does packing in the middle of the night. I probably get more excited than my kids. I also sleep terribly on vacation. I have been known to wander around the Contemporary Resort between 2 and 3 a.m. in the summer until I can fall asleep. Standing out on the dock looking at the lights…I’m not sure that actually makes me any more sleepy though!”

THE Disney Diva:“To be honest… I blog. I sit and write out all the things I’m thinking about into posts until I’m too tired to keep my eyes open. I’m always very careful about having any kind of caffeine or sugar during the week leading up to the trip because it really makes it hard for me to sleep period, and having the excitement on top of it makes it nearly impossible!”

Diva Melisa:
“I do yoga or Pilates right before bed. Being a little achy, but totally stretched and relaxed helps me sleep, and a little extra flexibility never hurts when you’re dodging the crowds and sprinting to get those fast passes!”

Dixie Diva:
“I just pack until 2-3 in the morning, sleep until 5, get on the early flight, and just take a “Disney nap” after we have been in the parks. Sleep is over-rated lol!”

Diva Mommy:
“I try to have as much packed the night before as I can, even though all night I am constantly thinking what I still need to pack and don’t want to forget. I try to go to bed early so I have more time to try to sleep.”

Teen Diva:
“I embrace my excitement! I play Disney music, I go on the website. and eventually I fall asleep from pure exhaustion.”

Ah, to be young again!
As you can see, different things work for different people. This isn’t an exact science, but try some of these suggestions out before your next trip, and perhaps you too can overcome the dreaded TETSS!