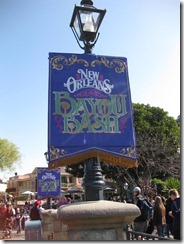 Disneyland is once again bringing more magic into your trip by celebrating Mardi Gras in New Orleans Square. The celebration will be running February 21 (today), 24, 25, 26 and March 2, 3, 4, 9, 10 and 11. Most of these dates being weekends for maximum enjoyment!. Festivities run from 10 a.m. to 5 p.m. with special events taking place at specific 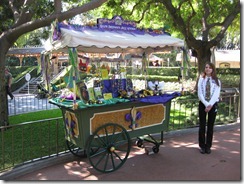 times throughout the day.

Like the Lunar New Year Celebration, Mardi Gras celebration was originally a part of a larger event called Family Fun Weekends last year. This year, however, it is called “New Orleans Bayou Bash” and it is bigger and better than before! There are 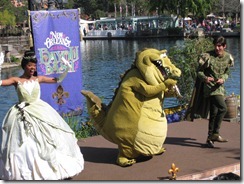 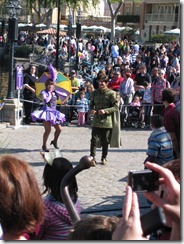 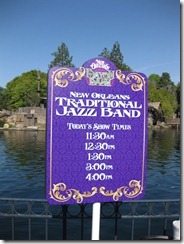 My little Z was thrilled to catch Mickey and Minnie dancing with a jazz band.

He was also able to take a picture in the Court Des Anges with Chip and Dale in their Mardi Gras finery and receive a beaded necklace. 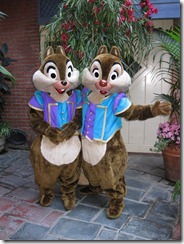 Cast members were handing beads out as guests exited the Court.

Other picture opportunities include Princess Tiana, Louis the Alligator, and 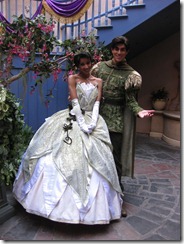 Prince Naveen as well as Donald, Goofy, Pluto and Mickey and Minnie.

Guests even have a chance to join in the fun themselves, by being a part of a parade of musicians and performers, called a “Second Line”, through the streets of New Orleans square. 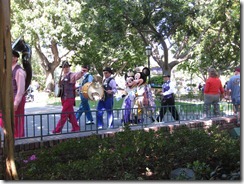 A little Bit of History

Second Line is a tradition in brass band parades in Louisiana, especially New Orleans, Louisiana. The term is also used in association with the traditional dance style.

Music is an important part of most public events in traditional New Orleans culture. Processions with music include the periodic parades of benevolent societies, social aid and pleasure clubs and of course the famous funerals with music, e.e. jazz funerals.

The “first line“ of a funeral consisted of the Krewe (family & friends) of the deceased. The “Second Line” originally referred to people who were attracted to the music. Traditionally such people would follow behind the “First Line”.

TODAY, “second line” types of dances are held independent of funerals. Examples of modern uses include: ANY & ALL EVENTS/CELEBRATION, i.e. weddings, carnivals, birth of a child, graduations, to name a few. Also, the style has spread beyond the confines of the city of New Orleans, for example, in the Boston area “second line” brass bands and other brass bands lead the senior in their procession from the Harvard houses to the university’s graduation ceremony. 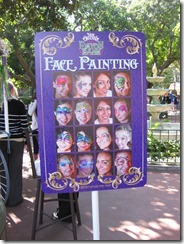 They even have a special place where you can get your face painted in Mardi Gras fashion!

New menu items have been added to the carts and restaurants in New Orleans Square: Diva Tip: The New Orleans Bayou Bash may make New Orleans Square, and therefore rides such as Pirates of the Caribbean and The Haunted Mansion, more populated and harder to access. If you are there for the rides, you may want to get there before 10 a.m. or after 5 p.m.

The Bash is a terrific experience so grab “you mama’s an n’em” if you can, and try make it down to the Parrish of New Orleans Square – Disneyland this year…or next year! You might want to brush up on some of your n’awlins speak before you go!