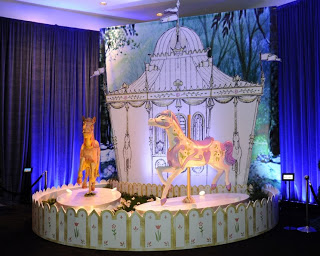 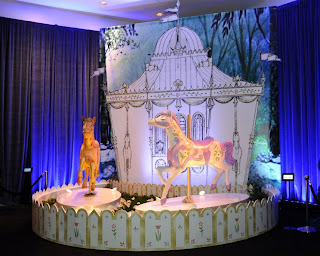 By D’land Diva
All photos courtesy of D23 Expo Medianet

I have a confession to make: I proclaim Alice in Wonderland as my favorite animated movie, but I truly LOVE Mary Poppins. I love the songs, and the combination of animation and live action. I love Julie Andrews and Dick Van Dyke and how well they play off one another. I also love that my son used to walk around the house dancing like a penguin for days after watching Mary Poppins. It is a classic Disney movie and it is one of the best.

As a part of this celebration, Chief Archivist Dave Smith presented a panel at the D23 Expo that took a historical look at how Mary Poppins came to be released in 1964. This panel took an in depth look behind the scenes of the movie and shared many entertaining stories about the movie shoot, its stars and the role of P.L. Travers (author of the Mary Poppins books) in the movie. Knowing this background is also important for the Disney movie Saving Mr. Banks, which is coming to theaters in December. Saving Mr. Banks stars Tom Hanks and delves deeply into the relationship of Walt Disney and P.L. Travers as they tried to get Mary Poppins made into a movie. So looking forward to that movie!

The story of Mary Poppins really begins with author P.L Travers. She wrote several Mary Poppins books and Walt Disney was reading Mary Poppins to his daughter one evening when he had the idea to make it into a movie. Now, Disney was largely known for its cartoon films at this point.  P.L. Travers was approached to make a Mary Poppins movie, but she could not see it as an animated movie. Walt Disney quickly explained that it would be a combination of Animation and Live Action. He then proceeded to tell her about The Song of the South, a Disney movie which had been recently released using this combination of film making. 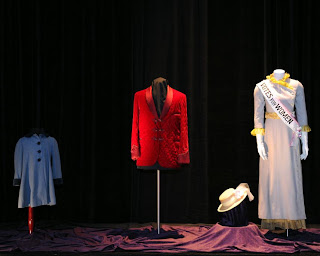 P.L. Travers had to be convinced by Walt Disney to make Mary Poppins FOR YEARS. She finally agreed to a deal in 1960, but there was some concern then over the publisher having the rights to the book. It took some time to get that squared away and to have P.L. Travers and Walt Disney both approve a script. For an idea of that story, you can watch the film, “Saving Mr. Banks“.

P.L. Travers was extremely strong willed when it came to her Mary Poppins character. There was much “discussion” between her and the script writers throughout the script writing process. Often, the writers would give in to her demands. And often they would later change it back!

One of the big arguments about the film was how to approach Mary Poppins as a character. In England, nannies are quite proper. As P.L. Travers said, an English nanny is “always kindly polite.” Walt Disney and script writers were trying to balance the British culture and the American culture in the film. After all, Mary Poppins was a bit of a quirky character! 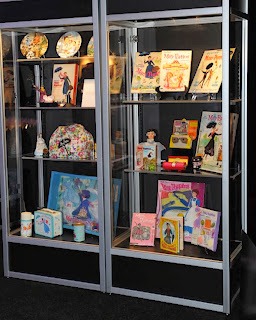 Actress Mary Martin was the first actress considered for the role of Mary Poppins. She said no because she was a Broadway star and did not know if she wanted to make the transition to film. When Julie Andrews was approached for the role, she also did not know if she wanted to do a Disney film as a Broadway star. For her, it was hard to NOT associate Disney with cute and cuddly cartoon characters. She was afraid of being typecast in that genre. But, fate stepped in when she lost the role in My Fair Lady to Audrey Hepburn. She wanted a movie to lose herself in. She was also a new mother, so the role of a nanny appealed to her. 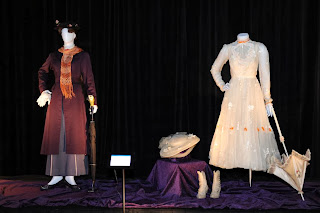 – The director of the film had to bribe child actor Matthew Garber with a dime every time they had to film him high up on one of the horses. He was afraid of heights!

– The bird used while filming with Julie Andrews enjoyed just staying on her arm between scenes.

– Most of the flying nannies with umbrellas were actually men! If you look closely, they were quite burly looking.

– When Mary Poppins has her carpet bag on the table and she pulls out a multitude of items from it, there was actually a prop man beneath the table handing her things through the bottom of the bag.

– Walt Disney cried every time he heard the song “Feed the Birds.”

– Julie Andrews and Dick Van Dyke enjoyed one another’s company and enjoyed filming the movie together.

-At the premiere for Mary Poppins, all seven dwarfs from Snow White showed up!

If you are looking for a great Christmas present this year, why not consider a Disney classic movie, Mary Poppins new on Blu Ray!