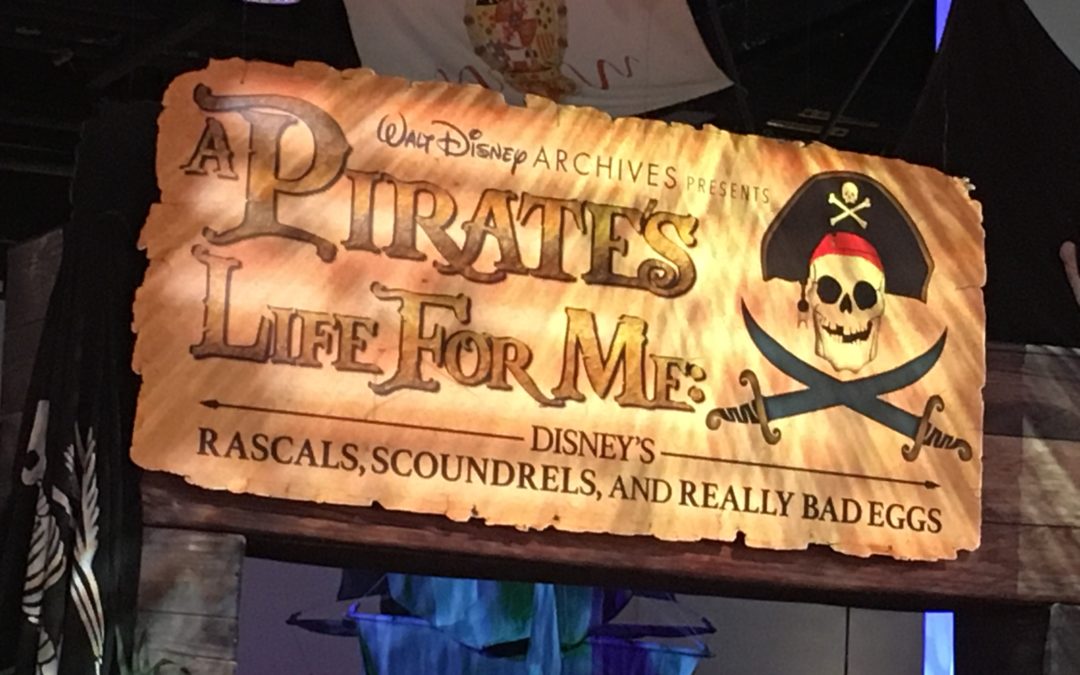 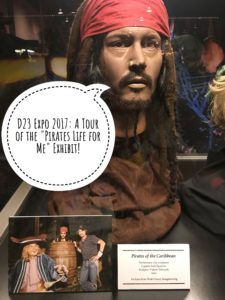 The Walt Disney Archives has a staple booth each year at the D23 Expo. For the 2017 D23 Expo, the WDA celebrated everything pirates with their “It’s A Pirates Life for Me!” Exhibit.  “Pirates have played a key role in the storytelling of The Walt Disney Company. …Audiences the world over have answered the call of the sea and found the thrill of piracy indelibly alluring. These beggars and blighters, and ne’er-do-well cads have appeared in every form of Disney entertainment: cartoon shorts, films, television shows, books, comics, music, merchandise, and – of course – theme parks!” Take a tour of this exhibit and check out all the treasure afoot!

We start our tour with a 1942 Book entitled Walt Disney’s Donald Duck and Ghost Morgan’s Treasure. 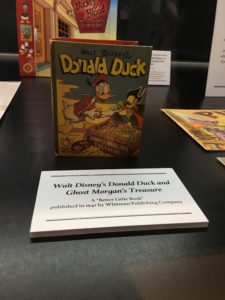 A little later on into the future, 1953, we see original story sketches for the Walt Disney classic Peter Pan. 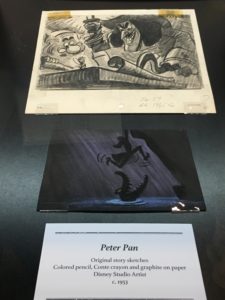 Then we travel into space on a pirate ship with actual sketches from the underrated Disney movie favorite: Treasure Planet. I was so excited that this exhibit featured Pirate themes from all over the Disney universe! 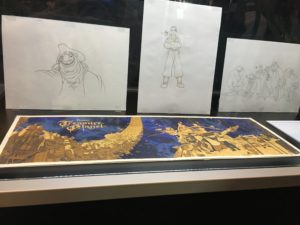 A more recent Disney movie features these little pirate fellas, can you guess which one? 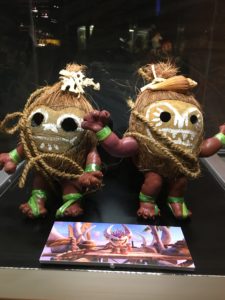 Who’s a big fan of the ABC television show Once Upon A Time? I am! Here’s a look at Hook’s costume from the show. 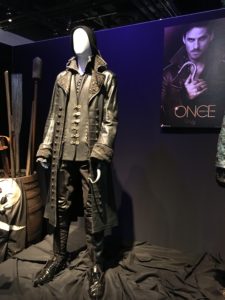 Do you have a Disney Channel fan at home? Then you’ve probably heard of the upcoming movie Descendants 2. This is Uma’s costume from the movie, played by China Anne McClain. 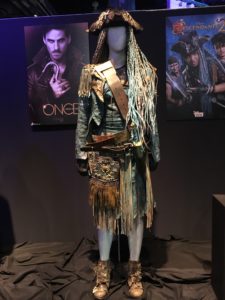 These are original story sketches of a pirate character, named Captain Bartholomew Gore, and his ghastly scalawags that never made it into the Haunted Mansion attraction at Disneyland. These drafts were created by Ken Anderson and while they never transformed into tangible animatronics, they are celebrated in this exhibit.  Haunted Pirates? I think that would have been a fun addition! 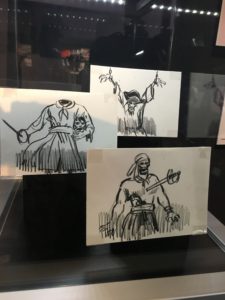 This is a piece of sheet music hand composed with the famous “Yo Ho (A Pirate’s Life for Me)” music made for the Pirates of the Caribbean ride, the last ride Walt Disney personally worked on. Along with new music, “WED Enterprises (the prescursor to Walt Disney Imagineering) transformed what began as a simple walk through wax museum into the classic attraction known as Pirates of the Caribbean, which opened March 18th, 1967.” 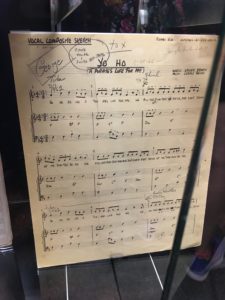 And from the same ride is everyone’s favorite canine friend, who NEVER lets go of those keys! 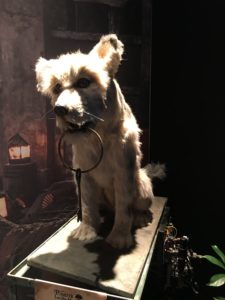 Also, there was a preliminary clay sculpture of Captain Jack Sparrow to be featured in the ride (created in 2005). This classic attraction just celebrated its 50th anniversary at Disneyland and since opening day, “multiple versions of the ride have opened across the world – from Florida to Tokyo, Paris, and most recently, Shanghai!” 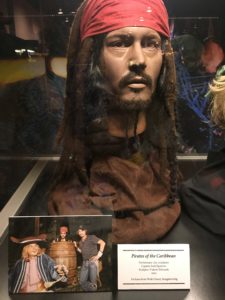 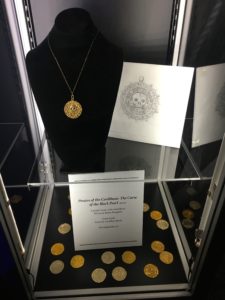 I couldn’t skip by “Jack the Monkey’s” costumes! So cute! 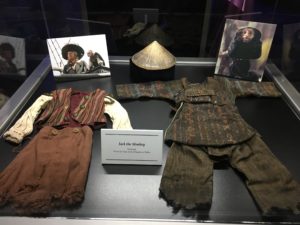 And lastly, here is the “Pirata Coda” (Pirates Code) book from Pirates of the Caribbean: On Stranger Tides. 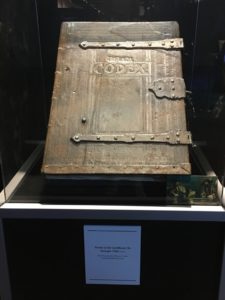 From Fab Five treasure hunts, fiendish coconuts on the high seas, a ride that inspired a movie franchise, to past and modern-day Captain Hooks – the Walt Disney Archives Exhibit “A Pirate’s Life for Me!” was a treasure trove of fun! So “here’s to the ships, sea monsters, exotic ports, and buccaneers that keep alive the swashbuckling yarns of ‘a pirate’s life.'” Drink up me hearties yo ho!

If you liked this exhibit, be sure to plan to attend the next D23 Expo to see what the WDA will put out next! 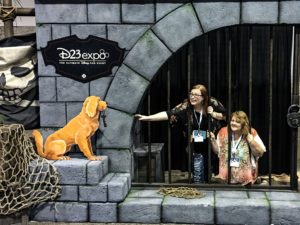