Dapper Day at the Disneyland Resort 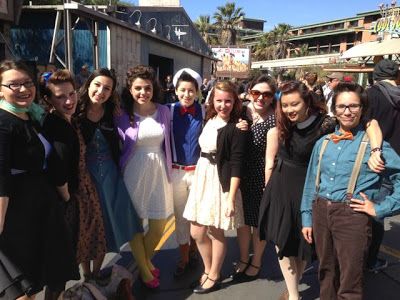 My wife, Barbie, and I took a trip to the Disneyland Resort in Anaheim in February of this year.

Originally, we were supposed to be there from February 20th thru to the 24th, but Mother Nature had other plans for us.

We were walking back to our resort, the Grand Californian, after breakfast at Goofy’s Kitchen in the Disneyland Hotel, when I got a text from our airline saying our flight had been cancelled due to a snow storm in Denver, Colorado, where we had connecting flights. Immediately upon return to our room, I was on the phone trying to get a different flight. The only thing available was the next day. While I started the search for another room, my wife went to guest services, and added another day to our park tickets.

We got another room at the Paradise Pier Hotel, across the street from the Grand Californian. After check in, we headed right back to Disney California Adventure. When we got there, we noticed many guests were dressed in vintage clothing from the 1930s, 40s and 50s. 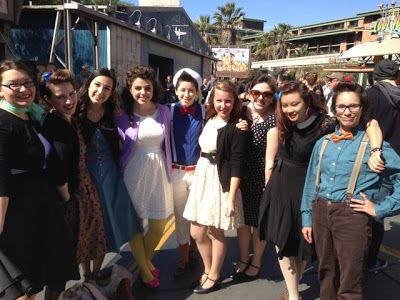 It turned out that this was an unofficial event known as Dapper Day. From the Dapper Day website:
Started spring of 2011, DAPPER DAY organizes fashionable gatherings at The Disney Resorts in LA, Orlando, and Paris: a spring, all-day event, and a fall “evening affair.” For the 21+ crowd there’s our periodic cocktail party “FOLLY” held at exceptional venues around LA throughout the year.
It was pretty awesome! If we’d known, we absolutely would have dressed for the occasion.

This event is particularly suited (no pun intended) for Disney California Adventure, as the park has a nostalgic feel throughout. 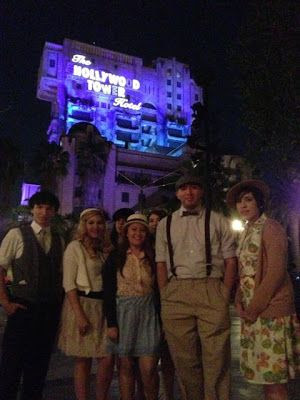 In fact, the characters here even dress Dapper, in costumes only available at Disney California Adventure. Note our “flight home” clothing. Not awesome. 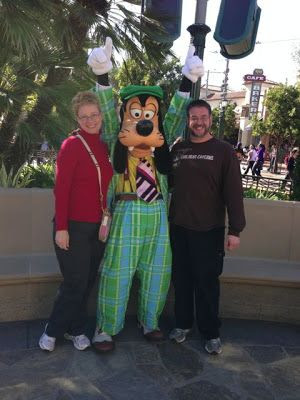 My wife Googled Dapper Day. In addition to the official website, there was a link to a pin on eBay. It even said Dapper Day pin in the description! We went to Elias and Co, on Buena Vista Street, and found the pin. Upon closer inspection, we realized it says nothing about Dapper Day, but as it’s Mickey and Goofy dressed as Dapper Dans, we bought it anyway to commemorate the day. It was $12.95. 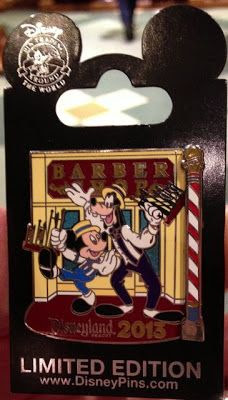 Upon returning home, we checked the website again, and this is indeed Disney’s official pin commemorating the day. So if you are into dressing in vintage clothes for fun, and your next Disney park trip coincides with one of the events, get Dapper!

This article was originally posted on the Disney Musings Blog, where Nick is co-writer with his wife Barbie.