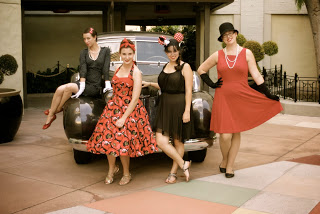 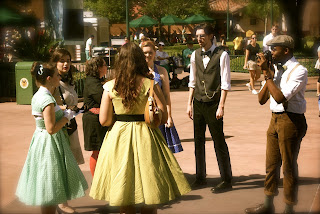 I was lucky enough to be able to attend Dapper Day in Hollywood Studios in Walt Disney World this year and it was an amazing experience! Dapper Day is a day that is celebrated at multiple Disney Parks, including Disney World and Disneyland. It involves hundreds of dedicated Disney fans dressing up in the dapper outfits of the 50’s and 60’s to recreate not only the feeling of old Hollywood and the opening days of Disneyland when Walt and Lilly were there. It allows fans to meet and greet one another and make amazing friends with others who love the vintage age as much as they do.

What are Dapper Day and Disneybounding?

I first found out about Dapper Day on the internet (where I learn a great many things). There is a large following that correlates to the Disneybound phenomenon. People who attend Dapper Day tend to combine the two practices; there were a great many guests who make the colors of their dapper outfit correlate to a specific Disney character. I saw quite a few Mary Poppins and Peter Pans as well as Mickey and Minnie couples. It is truly adorable and an incredible experience that makes you feel as though you have been transported to the world of old Hollywood. Everywhere my friends and I walked, we were recognized as participants of Dapper Day or questioned as to what the occasion was! It was so much fun to explain it to those who did not know about the event and explain what Dapper Day is as well as wish a Happy Dapper Day to those other dapper individuals that we passed in exploring the park.

What happens at Dapper Day?

Now that it is in its second year, Dapper Day has expanded a bit, those organizing the event rented out several hotel suites at the Disneyland Grand Californian Hotel for their Disneyland soiree it gave guests the opportunity to have a professional stylist get guests all dolled up for Dapper Day in true 50’s style. It included hair styling, makeup and shoe shining. A partnership with the Walt Disney World Resort allowed the guests only wanting to attend the Dapper Day gatherings to purchase discounted tickets to the parks allowing guests into the park after 2 pm the day of the event. There were two main gatherings in the park that day. There was first a 3 pm gathering at the Sorcerer Hat for a group picture. There were tons of people there and it was great to meet other fans of the Dapper era. Everyone looked amazing and there were several well known Tumblr users for fans to meet and socialize with. The photographer took many pictures of the guests as well as group shots of the Dapper friends. The photographers were also more than willing to take the large group shot with my camera and many other camera belonging to guests. It was a great mix of other cast members like myself and regular fans alike. 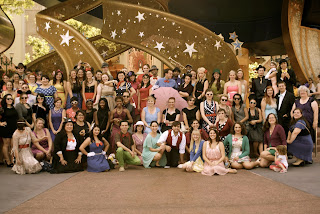 Are there a lot of people?

Following the large gathering, guests went about their Dapper Day, taking photos up and down Sunset Blvd and at the Hollywood Tower; anywhere that they felt that the dapper theme would make sense. After more photo taking and a ride on the Tower of Terror, we made our way to the meet up at the Chinese Theatre for a large gathering and group riding of the Great Movie Ride to celebrate the heyday of Hollywood. All of the drivers of the ride loved us and were really excited to get to give us the tour. There was a lot of photos taken in front of the theater after the ride was over. Our group took pictures with almost every vintage car in the park, which was great!! The pictures all came out so well!

How did you spend and end the day?

After the park closed (we closed our day by watching Fantasmic), Dapper dressers could maintain the dapper spirit by hopping a bus to the Boardwalk Resort in Walt Disney World for a party that lasted until 1 am. It included access to the elegant bars, clubs and arcades of the Boardwalk Inn. The Dapper Day staff had a professional photographer covering the event and I took many of my own pictures. The only thing I wish I had done was book a sit down dining reservation, it would have been the sprinkles on top of an already perfectly iced day!! 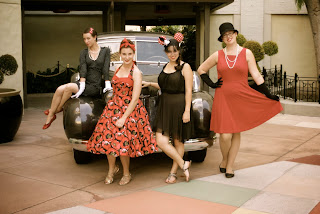