Disney Autograph Books- To Buy, or Not to Buy? 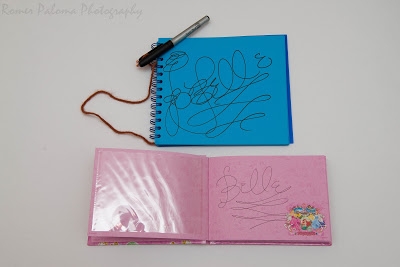 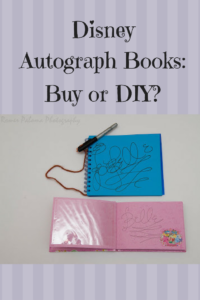 I have always loved the characters at Disneyland. I know- big surprise coming from someone who writes under the pseudonym Character Diva. But what can I say? I love the characters! They make things more realistic, and while I do love the rides (and the parks in general), after going on my favorites, I always tend to gravitate towards just walking around and posing for pictures with all of the characters. And while waiting in line to meet and greet all of our childhood friends, one question always comes up: 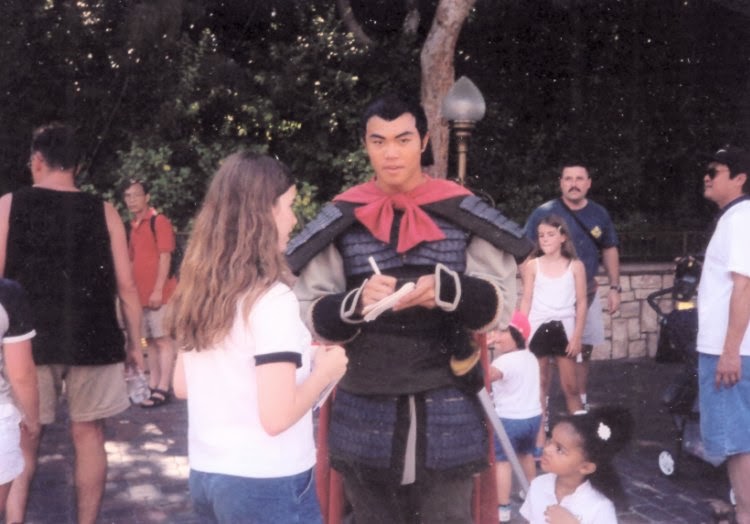 Autograph books. To buy, or not to buy? Well, after having two purchased from the Disney theme parks, and after making a couple out of simple notepads, here are my thoughts.
Buy? 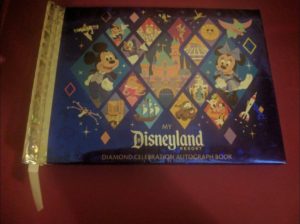 First- The Disney theme parks sell two types of autograph books: One that has a decorated cover (usually with the Fab Five: Mickey, Minnie, Donald, Goofy & Pluto on it), but when you open it up, it is just a series of blank pages (usually around 100, which is nice because you won’t fill it up in one vacation, and you can bring it back again the next time you visit). You hand it over to whichever character you happen to come across, along with some form of writing utensil, and they hand it back to you with a beautiful signature (and in some cases, if you happen to run into the llama version of Kuzco in one of his rare appearances, you may also get a hoof print outline from a very helpful Disney Cast Member- Thank You Lacey!).
The other option? Disney sells is a photo album/autograph book. It is more expensive than just the blank book, but definitely worth it because not only does it also come with a decorated cover, but when you open it up, there are places on the page for you to get signatures, but you can also put photographs or postcards or other mementos from your trip inside.
Currently, there are three types of Disney photo album/autograph book combinations: The “regular” version, the deluxe, and the princess deluxe.
The regular album/autograph book combo runs about $11.95. It has 24 pages, is 5 x 7 in size and holds 4 x 6 photos, but does not come with a pen. Right now I have seen these ones with either Tinker Bell or the Disney Princesses on the cover.
The deluxe is larger in size, is decorated with several characters on the front, comes with a pen with the Disney logo on it, has 24 pages and can hold 13 pictures, and currently runs around $16.95. There is also room underneath the picture space for you to write a caption about the event, or your child’s reaction to seeing a particular character.
The Princess Deluxe is $19.95, but has the fewest available autograph pages. It is more a memento for meeting only eight of the princesses (Snow White, Cinderella, Aurora, Ariel, Belle, Jasmine, Tiana & Rapunzel. Princess Merida and other popular Disney characters didn’t make the cut.) It does have beautiful illustrations inside, and does look very nice with more room to add comments, but unless your child is a complete Disney Princess Fanatic, I would probably skip this. Yes, it looks beautiful, but Pinocchio and Mary Poppins’ pictures and autographs just don’t seem to fit the theme.

Personally, if you’re going to buy a Disney autograph book, the second option is the one that makes the most sense to me. Yes, you will pay more. But you will also have more of a memento. I honestly can’t tell you where any of the autograph books I’ve had, homemade or bought, are. I can vaguely tell you which characters I’ve seen, but that is mainly due to pictures. And when I think of some of the characters who signed my first autograph book, especially the rarer ones from the late 80’s and early 90’s, well let’s just say I wish we would’ve taken more pictures with them rather than have an autograph book most likely lost in the Bermuda Triangle with the names “Gadget” or “Don Carnage” in it. 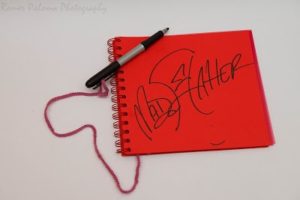 Or DIY?
Then comes the DIY perspective. Particularly for those who are budget-savvy (or really just don’t want to spend for an empty book only to have names written in it, that will most likely be lost at some point or never looked at again afterwards).
There are many ways to Do It Yourself, ranging anywhere from a ballpoint pen and a notepad, to a book made with scrapbook pictures, images off of the internet, stickers, and so on. It really depends on how creative you want to be.
My favorite though, is to use a photo album and index cards. It is basically the same concept as buying one at Disney, but you can sometimes save money and do it yourself. You provide the index cards (you can buy 4 x 6 index cards if you’d like), and can place them in one part of the album, and then below/above/or next to the index card you have room for pictures. It may be a bit of a hassle pulling out the index cards, and you want to make sure not to lose them, but if you want a do it yourself option that you’re not going to discard afterwards, this may be an option for you. Sometimes you can find Disney photo albums at your local Walmart or Target, as well as your local gift store or online to make it more festive, and of course, you can always add stickers or other decorations.
But then again, you might be thinking- really? Why should I do all of that work, especially if my five year old is probably going to be pulling out the autographs and pictures anyway?
And some people really like the nostalgia and sentiment of buying things at the theme park, especially if it is a first vacation. And there is nothing wrong with that. So in those circumstances (or if you don’t have a lot of time or accidentally forget your DIY version at home), buying one is a great option too.

But my Diva advice, if you want to get a little creative (it may the former kindergarten teacher in me, but I love prep work) and want to save costs, and possibly even make it a family project where you involve your kids, DIY is the way to go.