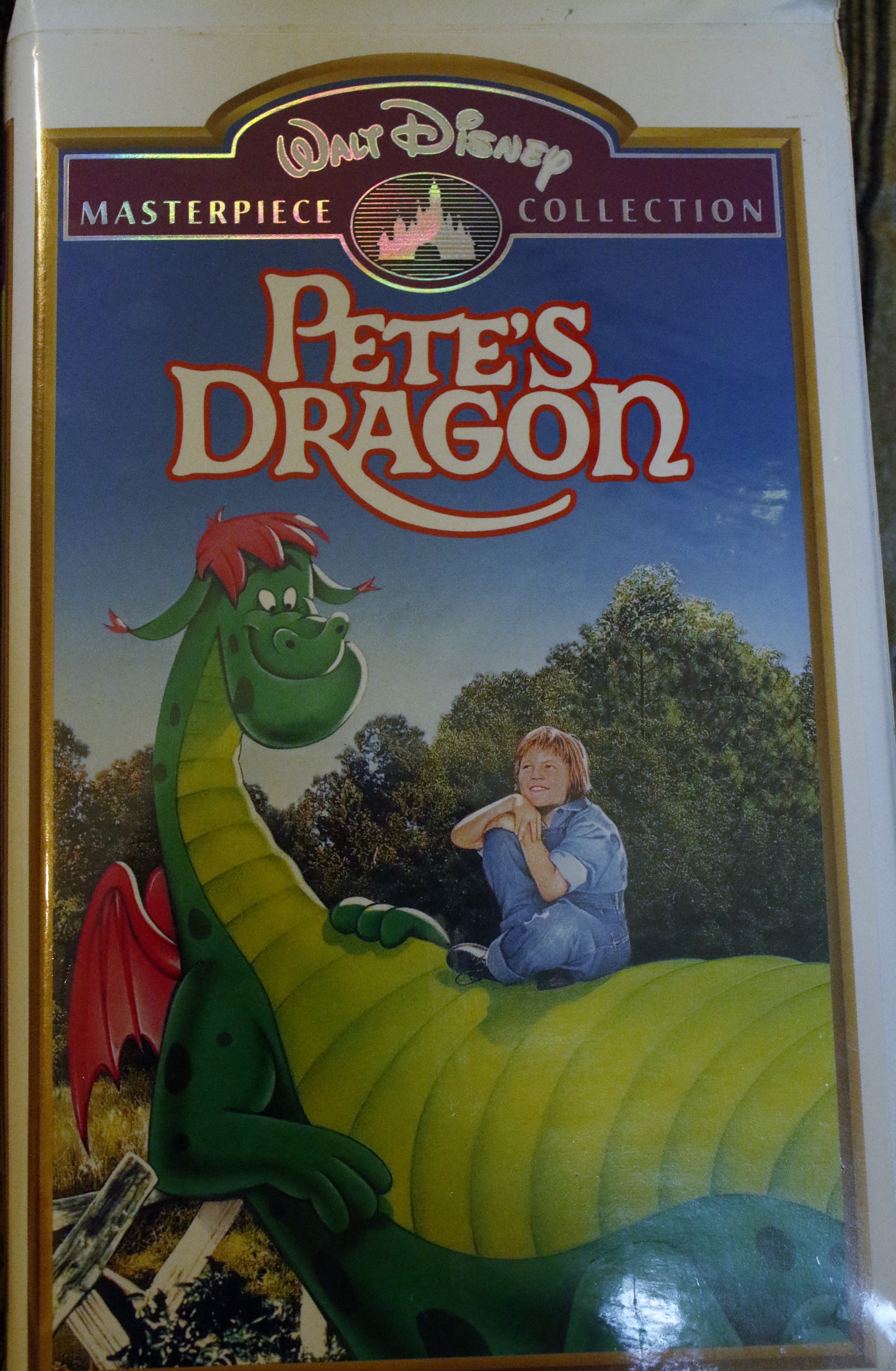 Don’t we all have that one Walt Disney Productions movie that strikes a chord in our hearts and stays with us forever?  Perhaps I’m dating myself with this great Disney classic, but Pete’s Dragon is still a favorite in our household. This fun and touching musical was released 38 years ago, in 1977.  It stars Sean Marshall as Pete, along with acting legends Mickey Rooney, Red Buttons and Shelley Winters. 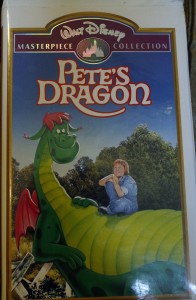 The movie is heartwarming with touches of that great Disney magic.  Pete, an orphan, has run away from his overbearing and cruel caretakers (Winters) along with his invisible best friend, Elliott, who is a dragon.  It doesn’t get much more magical than an invisible flying dragon, does it?  Pete and Elliott end up in a Maine fishing town, where they are taken in by a caring, loving lighthouse keeper, Nora (Helen Reddy)and her father (Rooney).  Though Elliott has a gentle, sweet nature, his ability to fly and turn invisible at will disrupts the entire town.  Throw another villain into the mix, Dr. Terminus, a con-artist who convinces the town that Elliott must be captured for medicinal purposes and for the towns gain.  Now Pete, Nora and her father must protect Elliott while trying to convince the town he really is a good dragon.

I’ll be honest, I don’t remember watching this movie when I was younger.  It has always been my husband’s favorite though, and when we married, it was the first Disney movie he sat me down to watch with him (other than Aladdin, which we saw on our very first date).  I was captivated right away.  Who wouldn’t love this huge green, fire-breathing, invisible-turning, clumsy, lovable dragon with bright pink hair?  Disney had incorporated that special magic, as they always do, in this movie by mixing live action with cartoon.  This is a musical, of course, and the songs are quite catchy and sung beautifully.  My husband and I are often caught singing the song, Boo Bop Bopbop Bop (I Love You Too), from the movie.  Don’t know it?  Listen to it now.  You’ll be hooked, I promise.  We also have been known to belt out a snippet or two from Shelley Winters, Jeff Conaway and Charles Tyner singing The Happiest Home in These Hills, which you can listen to here.  To our family, there’s nothing quite like this timeless classic, Pete’s Dragon.  I understand that a new version of the movie is being made and set to release in the summer of 2016.  While I look forward to seeing this new version, I’m not sure it can replace the original in my heart.  I strongly encourage you, if you haven’t watched the original Pete’s Dragon, please watch it before the release of the new movie.

There’s not a lot you can find in the Disney parks that feature Elliott the dragon, but when Disney’s Mainstreet Electrical Parade debuted around the same time Pete’s Dragon was released, the parade featured a larger than life version of Elliot all aglow in lights and able to blow smoke out of his nose.  I look forward to the release of new products that feature Elliott with the upcoming release of the movie, but for now we will have to wait.  My husband was able to snag a limited edition shirt this year featuring none other than the great green dragon, Elliott. 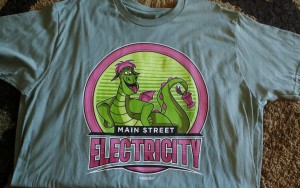 In April of 2015, Walt Disney World released a special, limited release of a Pete’s Dragon pin featuring Elliott.  There were only 500 of the pins released and they were only sold at Pin Traders in Downtown Disney.  Of course, we weren’t able to drive nine hours in the hopes of grabbing one of 500 pins before they were sold out.  Thankfully, my husband’s mom, my mom-in-love, was able to produce a little pixie dust of her own and purchased one for my husband.  Thanks mom!  Needless to say, we were thrilled. 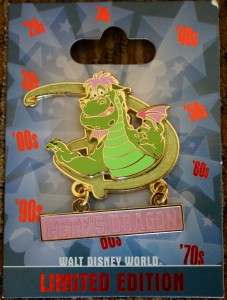 Again, I would like to encourage you to take an evening with the family, kick back on the sofa with your snacks and drinks, and watch the Disney classic, Pete’s Dragon.  Sing along with your children to the songs in the movie and create a space in your heart for another Disney favorite.  I have a lot of “favorites” when it comes to Disney movies, but Pete’s Dragon is at the top of the list.  Do you have a Disney classic movie that holds a special place in your heart?  Comment and let me know, I would love to hear which movie is your favorite and why.