It’s that time again!  The Easter Bunny has hopped all over Epcot, Disneyland, and Disney’s California Adventure leaving oversize eggs depicting your favorite characters.   From now until April 5, you can search for these egg-cently hidden character eggs.   You can purchase your map (4.95+tax) at a variety of locations.  Once you have your map, you are on your way to an egg-citing hunt!

Where to buy your maps: 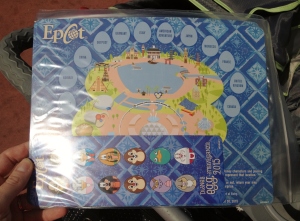 Your Egg-stravaganza map comes with 12 character egg stickers.  Once you find the character egg in its location you match the sticker on the map.  Once you have searched high and low and found all the character eggs you can turn in your map for an egg-celent prize!  You don’t need to finish your map to turn it in for a prize.  All maps turned in, in any stage on completion, will receive a prize until April 30 or until prizes run out.  So if your one-year old decides to put the stickers anywhere he wants, don’t worry.  He will still get his prize.

My kids and I recently participated in the Egg-stravaganza in Epcot.  The Garden and Flower Expo was also going on and it was a relatively chilly Florida day, so it really felt like spring.  We picked up our map and stickers and decided to follow the map and find the eggs in order.  We weren’t sure how big the eggs where or how they would be hidden, but we were ready to search!

Our first stop was Mexico.  I assumed the eggs would be in a place where they couldn’t be touched or moved by visitors.  We lucked out and the first egg was very easy to spot.  We also learned they are roughly 18 inches high.  This made me feel a lot better because I really didn’t want to search for the small eggs with two kids in a stroller by myself.  All of the eggs were in public areas and out in the open. 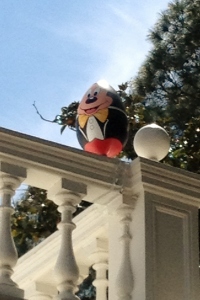 My four-year old now knew what she had to do.  She was now on an egg mission.  We guessed who would be in the next country and tried to be the first one to spot the egg.  (I was a good Mom and made sure she spotted most of them first.)

We took a break in the middle and had lunch since it was taking longer than I expected.  It was busy and we stopped to see a few of the acts in different countries.  Disney Diva Tip: Prepare to be at this egg hunt for a while.  Unless you have kids that are older and their only goal is to locate the eggs and move on, it will take some time.  Some of them are pretty hard to find! (Norway) 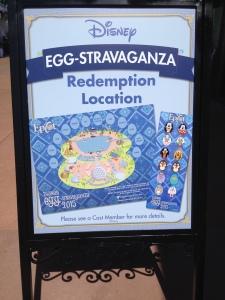 Look for the redemption side to turn your map in.

Once we finished our map we made our way to the Plaza Towers (Port of Entry) where we could pick out an egg-celent prize that was very fitting for the CHARACTER EGG hunt.  While my kids had fun doing the hunt and were happy with the prize, they were a little disappointed to open them and find them empty.  You do get to keep you map as a souvenir.  They stamp the back so that you cannot redeem it over and over.

If you are not into paying the 4.95+tax you can always do your own thing.  Make your own map and have your own surprise.  Take pictures of all the eggs.  Or walk around and enjoy them as you see them.  How ever you choose to participate in the Egg-stravaganza enjoy the hunt and have a good time.  Happy Hunting! 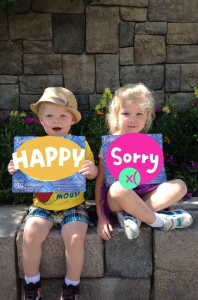