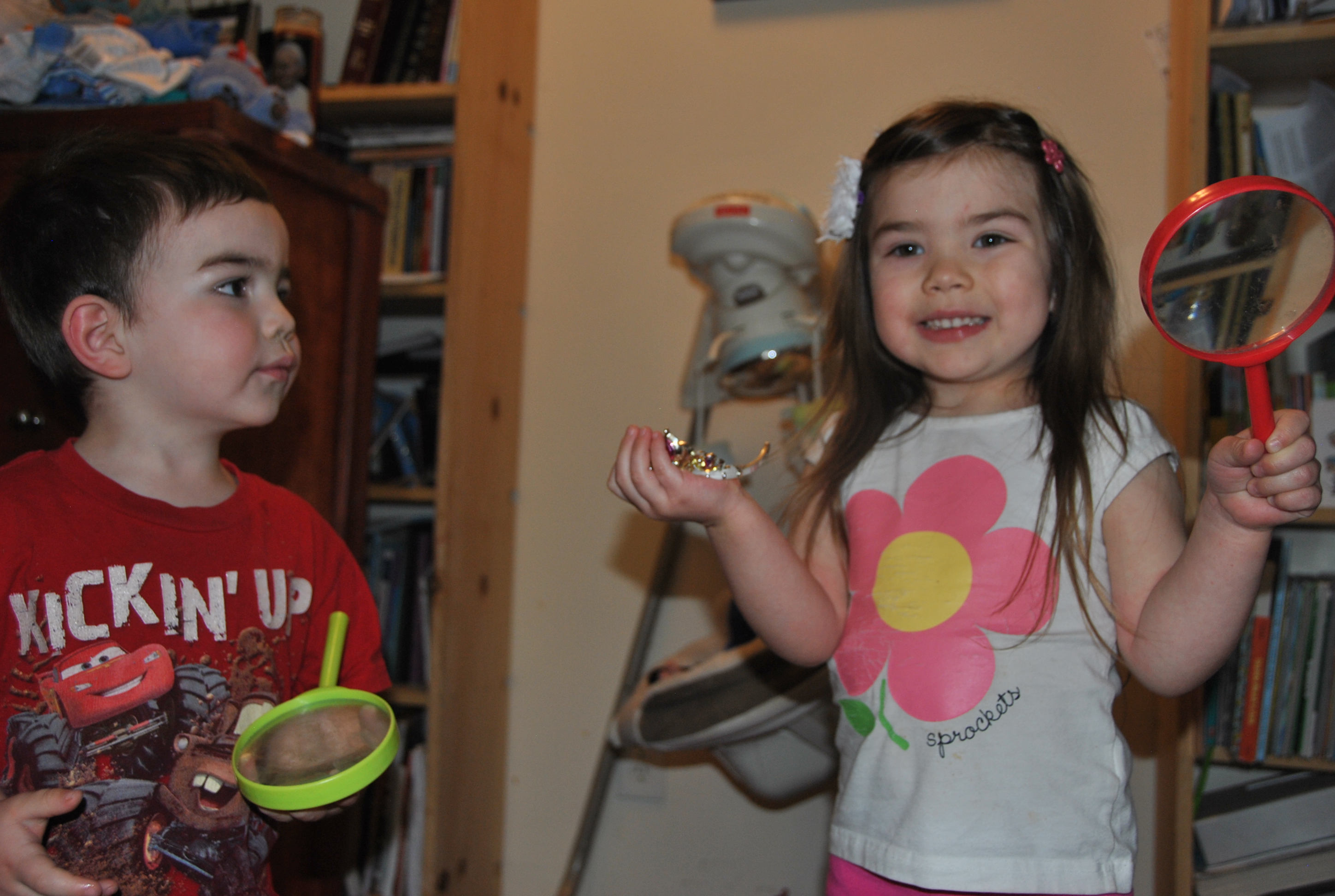 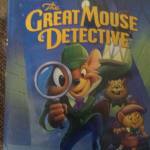 A few months ago, I embraced the idea of doing a monthly “Disney Family Night” at our house. In addition to a Disney themed dinner and movie, I also decided to do a family activity, because who doesn’t love spending time with their kids and making the occasion a little more special?

For the month of January, I chose to do “The Great Mouse Detective” for our Disney Family Night. Of course I started with my usual Google and Pinterest searches, and found this site to be very helpful when it came to inspiring my menu. 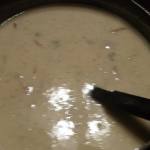 For the actual menu, I went with the Cheddar Cheese Soup from Le Cellier (the Candadian restaurant at Epcot)… however, I didn’t use the version found on the previous site. I used the “updated” version found here.   I also substituted Pillsbury Honey Butter Biscuits for our crumpets, and then because my husband loves cheesecake (and it had the word cheese in it), I made a cherry cheesecake for dessert.  We also had hot cinnamon tea to drink. 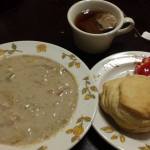 As far as the meal went…. Everything went over very well, except the soup. Here are my personal complaints with the soup… 1.) It can get pretty expensive, particularly if you don’t have all of the ingredients handy. 2.) It takes FOREVER to make…. With all of the prepping the ingredients, rendering the bacon, and the actual cooking, it took me over three hours to make. Now I don’t know about you, but I don’t spend that long cooking anything…. Particularly when you have small children to take care of. So that alone was enough of a deterrent for me not to want to make it again. 3.) It also is kind of high maintenance… you have to cook everything low and slow, and stir constantly, so I was paranoid to go too far away for fear of burning it. 4.) Maybe I didn’t cook it right (and I did leave out the beer and salt, and added another cup of chicken broth to compensate, so I will admit that I didn’t follow the recipe exactly), but we weren’t big fans of the taste. I liked it, though I wasn’t a fan of the bacon in it (though I also like my bacon super crispy). My husband didn’t like it all, and while my twenty-two month old eagerly wanted a bite, he immediately made a face and when I offered him another spoonful, he shook his head “no”. I didn’t even offer it to my daughter. Kinda disappointing since that was the “main” course of our meal. 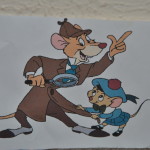 We then watched the movie, because my kids had never seen it before and I wanted them to be familiar with the characters before doing our activity. My twenty-two month old watched it occasionally, but honestly, spent most of the time on the living room floor playing with his toys (which was fine with me). On the other hand, my 3 ½ year old daughter was captivated with it, and even a few days later, was still recapping all of the characters and events. Disney Diva Tip: While we do own this dvd, my husband suggested we check to see if it was on Netflix instead. That way we didn’t have to worry about the kids getting a hold of it and getting fingerprints on it, or damaging it some other way. Luckily, lots of great Disney movies (including The Great Mouse Detective) are currently on Netflix, so if your Disney library is limited (or you’re trying to save your collection from little fingers), you may want to check there first. 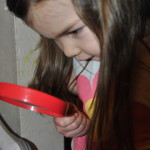 Then it was time for our big family activity… I generally do the family activity first, but because as I mentioned earlier, my kids weren’t familiar with the characters or story, I decided it would make more sense to them if they knew who the characters were. For our activity, I chose to have the kids solve a mystery, because really, what better activity can you pair with “The Great Mouse Detective”? 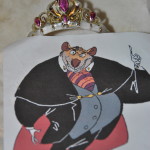 For our mystery, I decided that the kids would have to find the crowned jewels. For that, I used the tiara from my daughter’s baby Princess Anna doll. I also had some magnifying glasses that I had purchased a few years ago from Target’s dollar bins back when I was a teacher. My kids LOVED the magnifying glasses, and had a great time playing with them. (At one point, the each had two magnifying glasses… one in each hand to cover both of their eyes.) Disney Diva Tip: If at all possible, I highly recommend having magnifying glasses… not only will it make your kids feel more like detectives, but it truly was the highlight of the evening, which was great, since dinner was kind of a bust. 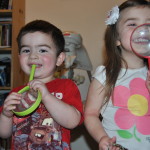 I wrote down four clues on index cards, and I also found clipart images of The Great Mouse Detective characters here  and printed out a few onto cardstock. I then attached them to various places around the house. Every time the kids found one of the cards with characters on it, I would read them the next clue. Disney Diva Tip: I also made footprints out of black paper that I traced around my daughter’s shoes. This made it a lot easier for my kids, particularly for my son, though he was content just to play with the magnifying glasses and follow his sister around. 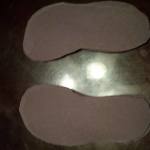 The kids were very excited to solve their first mystery, and Basil had a message for them saying he hoped they could work with him on all of his future cases. Overall, we had a great time, and I definitely am looking forward to our next Disney Family Night. And if you want some more fun ideas, check out our Finding Nemo, Dumbo or The Princess and the Frog Family Movie Nights! 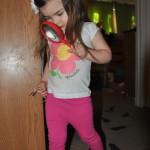 Have you ever done a Disney Family Night before? What are some of the things you did? Feel free to share your ideas below!