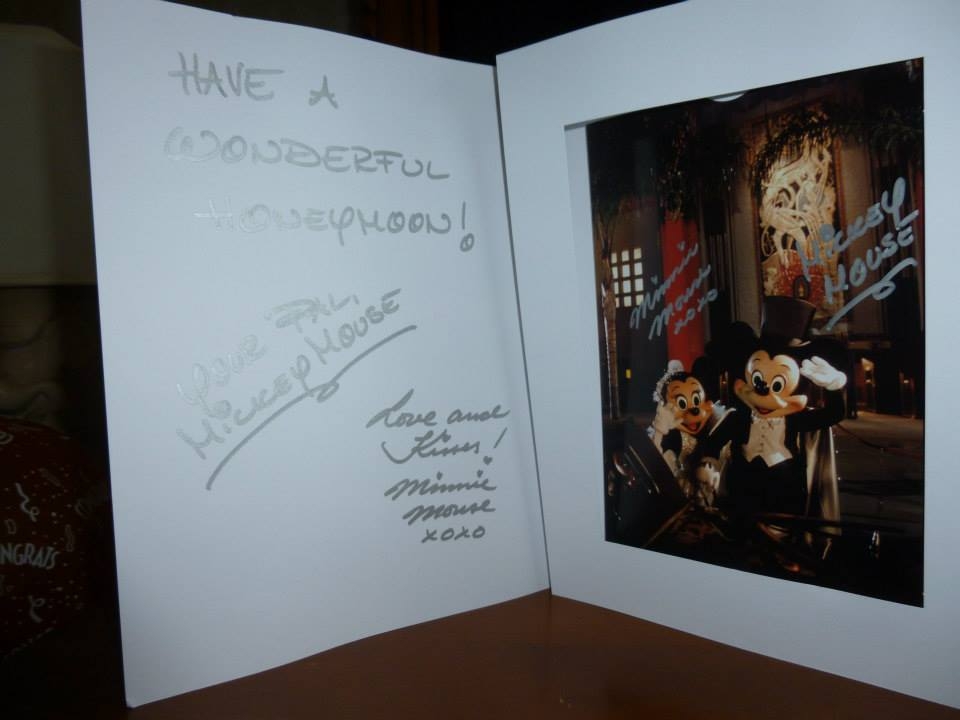 by Beauty & the Beast Diva

I recently read a post by a travel journalist about why she decided to honeymoon in Disney. While I could not agree with her more, I thought I would give my two cents about why I decided to do the same.  I am a Disney Junkie, my “boyfriend”, now husband, knew I wouldn’t say yes to his proposal unless it happened in Disney. (Lucky for me he is also a Disney Junkie!)  So one gorgeous October day in front of the castle, he got down on one knee and asked me to marry him!  When it came time for us to pick a honeymoon destination it was a no brainer; obviously we were going to Disney World! Then came all the “Really, but you’re adults?” “Disney, for your honeymoon?”  “Screaming kids, everywhere, that’s not very romantic.” So we decided to double up- we chose to do Disney for a few days and then travel to an island, a real “honeymoon destination”.  I cannot even begin to describe how much better Disney was as honeymooners and here is why.

We spent much of the island portion of our honeymoon watching the one American Airline flight that left each day.  We would watch it fly overhead and count the days til we were on it. After the one bout of food poisoning and 3rd day of rain, my husband told me to pack my stuff because were going back to Disney!

Moral of this story is don’t let anyone tell you what to do with your happily ever after.  This is how you want to start your life together and if you want to do it surrounded by the thousands of people in Disney World, then do it.  You will not ever regret starting your fairytale with the people that brings fairytales to life!