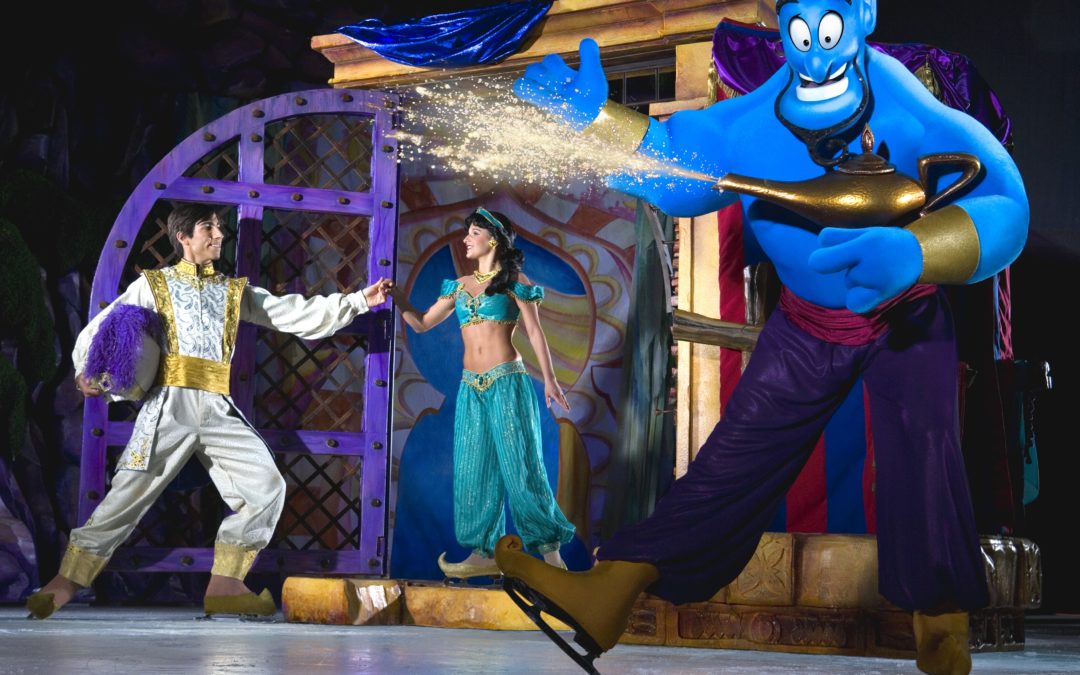 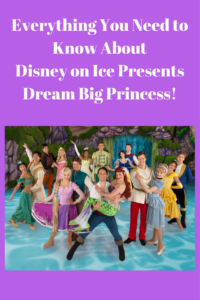 This has been a particular wonderful week for me. I love Halloween, and everything fall. While my kids had a great time dressing as their favorite Disney characters, nothing compared to the excitement of them looking forward to Disney on Ice Presents Dream Big, which is finally in Sacramento, CA! Disney on Ice presents Dream Big is playing November 2nd-5th at the new Golden One Center.

First of all, I will let you know how happy I am that the show is at the Golden One Center. I have had nothing but positive experiences there. Parking is a breeze with SacPark.org (reserve your parking spot ahead of time!) There doesn’t seem to be a bad seat in the house; everything is set up for the convenience of a large crowd. Make sure you arrive early enough to grab a snow cone, bag of popcorn, or some Disney Souvenirs! Although food and souvenir booths are located all around the arena, if you wait until 5 minutes before show time, Murphy’s Law guarantees that there will be a long line… 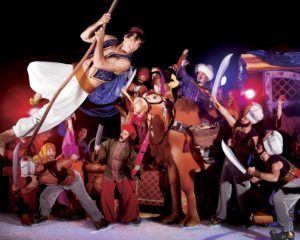 The show itself was AMAZING!! The show opens with Tinkerbell magically spinning around the ice. Although she played a minor role throughout the show, without giving too much away, I will say you definitely want to see the entire show (no ducking out before the finale to beat the rush) because Tinkerbell’s role in the finale is spectacular. Mickey and Minnie guide the audience through an array of classic Disney stories beginning with Aladdin. The story of Aladdin begins in the village of Agrabah (where you will even find an ice-skating camel!) There is all the excitement of sword fights, spectacular stunts (Aladdin’s descent onto the ice definitely showed his athletic ability), beautiful costumes, Although the crowd was impressed with Jasmine and Aladdin’s skating ability, the crowd really went wild when everyone’s favorite character, the Genie appeared.

The set is built around Rapunzel’s tower. I really wish they would’ve performed the song, “When Will My Life Begin?” because it would have fit perfectly with the tower, and I wish Rapunzel would have had a bigger role in the show since the tower was such a focal point, but the illusion of the floating lanterns (light affects) was still impressive and of course the movie’s most popular song, “I’ve Seen the Light” was featured in the show. 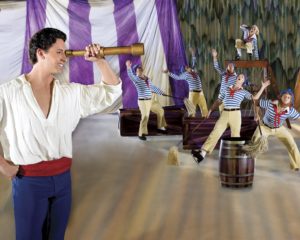 Out of all of the acts, I was most impressed with The Little Mermaid. The scene begins with Eric and his crew. While everyone loves the princesses, it was nice to see the men have a chance to play a bigger role and they took turns performing their own stunts and tricks such as doing a flip off a plank onto the platform. Thunder, lightning, smoke and special lighting effects lead to the perfect storm which leads you to an undersea world. The Little Mermaid doesn’t disappoint with Ariel’s sisters singing “The Daughters of Triton”, and other movie favorites such as “Part of Your World”, and “Under the Sea”, however the real fun started when Ursula and her eels appeared. Ursula was the first villain of the show and the crowd went wild. 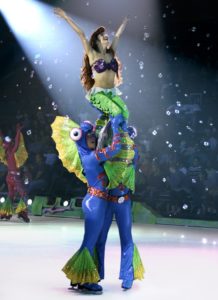 While the Little Mermaid was my favorite part of the show, my kids’ favorite part of the show was Sleeping Beauty. It begins with Maleficient (who is pretty scary). Aurora is asleep under a spell, Prince Phillip is in chains and it is up to the three good fairies to rescue him and make sure that true love conquers evil. Once Prince Phillip is free, Maleficient conjures a huge dragon which makes its way around the ice puffing smoke and spewing flames across the ice which left everyone in the arena mesmerized. 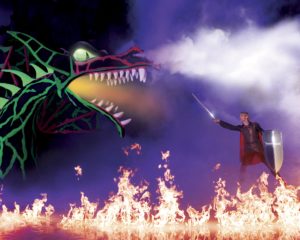 Other highlights of the show include watching the chemistry between Snow White and her prince (and I loved the way her dress glistened in the light), laughing at the antics of Cinderella’s wicked stepsisters, working up an appetite and Lumiere welcomed everyone to “Be Our Guest”, and of course listening to the myriad of voices belting out the lyrics to the ever popular song, “Let it Go!” with Queen Elsa.

The show concluded with each of the princesses reappearing with their prince along with Mickey, Minnie and Tinkerbell as they wished everyone their final farewells. Overall I can say the the costumes were top notch, the skating phenomenal, and the songs fantastic. While admittedly this show has less of the pyrotechnics during the first half, the second half of the show made up for it. Throughout the show there are bubbles, smoke, fire, and of course snow!! Out of the last four Disney on Ice shows I have been to, this was by far my favorite! This is a show you definitely do not want to miss! The whole family will enjoy it; I even caught my husband singing along to some of the songs! Escape the rain this weekend, and grab your tickets to this incredible Disney Event!

For those of you lucky enough to live in driving distance of Sacramento, the remaining show times are as follows: 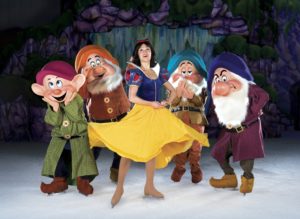 So how do you buy your tickets? Tickets are available for purchase online at Ticketmaster.com, charge by phone at 800-745-3000 or in-person at the venue Box Office. Don’t live around northern California? You can still go to Ticketmaster or Disneyonice.com and search for upcoming shows near you!

Disney Diva Disclaimer: Feld Entertainment has generously provided my family with complimentary tickets to review this show. While I received these tickets for free, all opinions expressed in this article are 100% my own and not biased in any way.