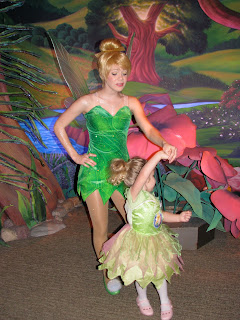 One of the things I highly recommend is that you make sure you WATCH Disney movies before you go to Disney World so you know who different characters in the parks ARE. We took some friends once who hadn’t seen many of the movies and they had no idea why it was such a big deal we were seeing some of these folks! It’s also fun to quote back lines from the movies to them.

Then I got a question on our Facebook page from Jennifer who was planning Disney Movie nights as a part of their countdown and wanted to make sure that her kids knew more than just the Mickey Mouse Clubhouse characters. Well I thought that would be a GREAT post for all of you.

So this article is actually a double whammy. Movies to watch and what park you’ll find characters in.

Now BE WARNED: Disney moves these characters around, so just because they’re here as of now (9/17/12) doesn’t mean they will be by YOUR TRIP so make sure to check. This is not a comprehensive list, if I left some out by mistake please let me know in comments.

You can meet Mickey, Minnie, Goofy, Donald, Chip & Dale, Pluto,  & Daisy in Different Parks in Different outfits at any given time.

Movie Name, Characters you can see. 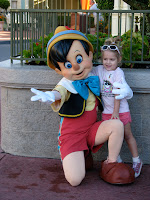 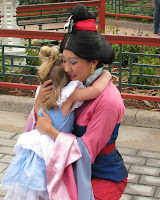 Snow White & The Seven Dwarfs –  Snow White, sometimes Dopey, sometimes The Prince.
The Three Caballeros – Donald
Alice in Wonderland- Alice
Sleeping Beauty – Aurora
Mary Poppins- Mary Poppins
Aristocats – Marie
Winnie the Pooh (any variation) – Winnie the Pooh
Beauty and Beast – Belle (two variations. In her blue clothes & in the yellow dress at Akershus), Beast
Aladdin- Aladdin & Jasmine together (usually)
Mulan – Mulan, sometimes Mushu
Finding Nemo – there’s no character greetings, but this will make The Seas make more sense.
Ratatouille – Remi  *at Les Chefs de France
There’s no movie for Duffy but you can meet him. Read about him HERE.
DIVA TIP:  The ONLY place you can Meet Mickey, Minnie, Goofy, Donald, and Chip & Dale in their “TRADITIONAL” Costumes is in the Epcot Character Spot 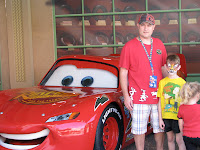 Fantasia – Sorcerer Mickey (you can also see some of these characters in MK parades)
Winnie the Pooh (any variation) – Pooh, Tigger, Eeyore, Piglet (rotating one at a time)
Honey I shrunk the kids – Makes the Playground make more sense. There are no character greetings here though.
Toy Story 1,2,3 – Woody & Buzz
Monsters Incorporated – Mike & Sully
Lilo & Stitch – Stitch
The Incredibles – Mr. Incredible, Frozone and Mrs. Incredible (for right now).
Cars – Lightning McQueen, Mater
Phineas & Ferb – Phineas & Ferb
Handy Manny – Handy Manny
Little Einstein’s – we’ve seen all four at different times
Jake & The Neverland Pirates – Jake
Diva Tip: Hollywood Studios has a special Character Greeting area in the Magic of Disney Animation that changes to promote the upcoming movie. That’s will be the only place, usually, you can get those characters for a while (and sometimes forever). They also let some characters “practice” at certain times of the day so you never know who you will get! 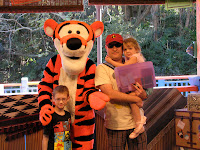