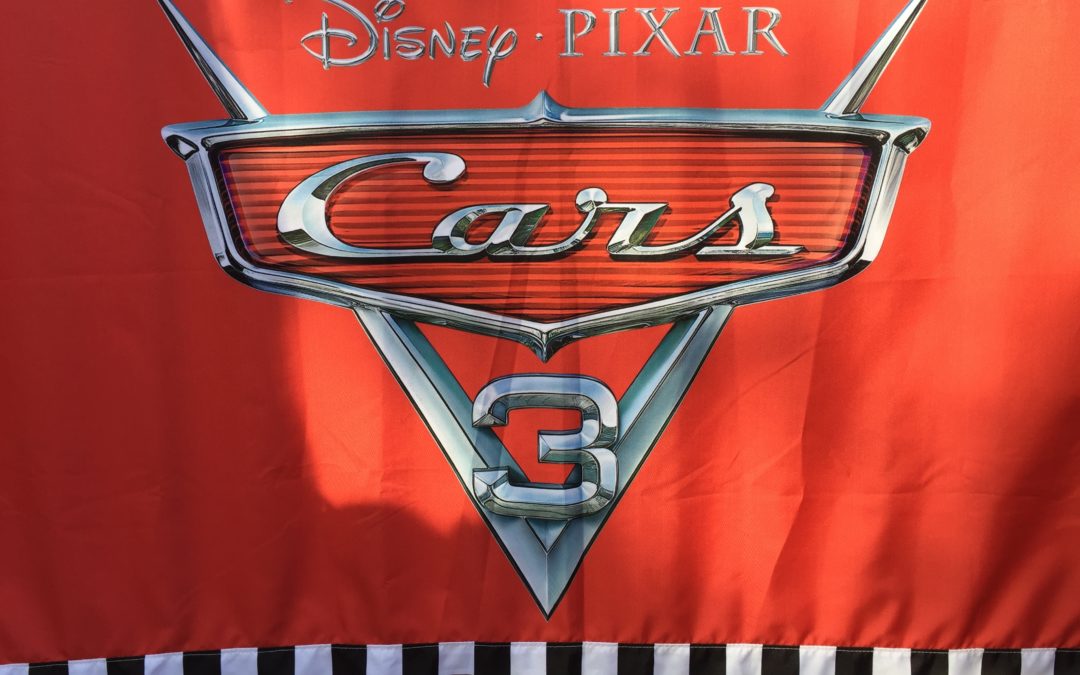 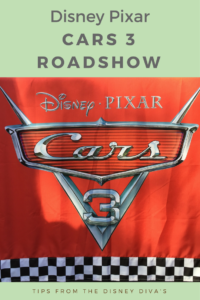 Disney Pixar’s “Cars 3” Tour recently kicked off in Disney Springs.  I jumped at the chance to take the kids.  My son is 3 and really likes Lightning McQueen.  Plus, he has seen every princess in the park on several occasions due to his princess-obsessed sister.  It was time for something he would really enjoy. 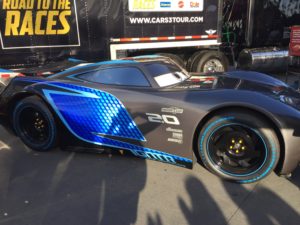 A quick image I was able to get of Jackson Storm.

We arrived around 5:30pm with it shutting down for the day at 7:00pm.  It was tucked back in a secluded spot at Disney Springs.  (It was where the Christmas Tree Trail was)  It was sectioned off so that they could let a designated amount of people in at a time.  The line was pretty long, but we waited less than 15 minutes. 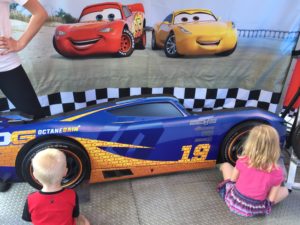 The kids changing the tire. This was their most favorite station. 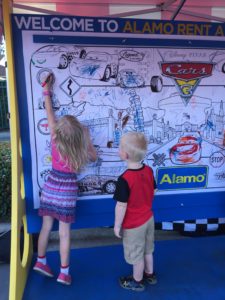 Adding to the color wall 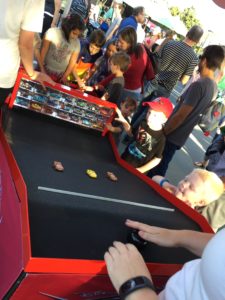 The racing station. The most out-of-control station. 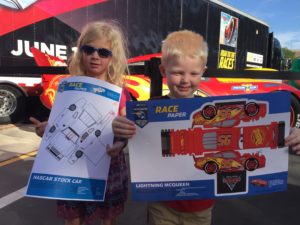 The cars you get to assemble.

Overall, the event was a little disorganized and underwhelming.  If I had to pay money for the same experience, I’m not sure that it would have been worth it.  However, my kids had a good time.  If you have a big Cars fan in your life, it’s relatively close to you, it’s free, and you want to go, then you should do it!  You now know what to expect if you do go.  Click here to see if Disney Pixar’s “Cars 3” Roadshow is coming to a city near you. 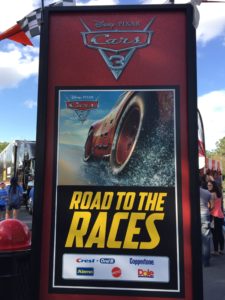 Road to the Races