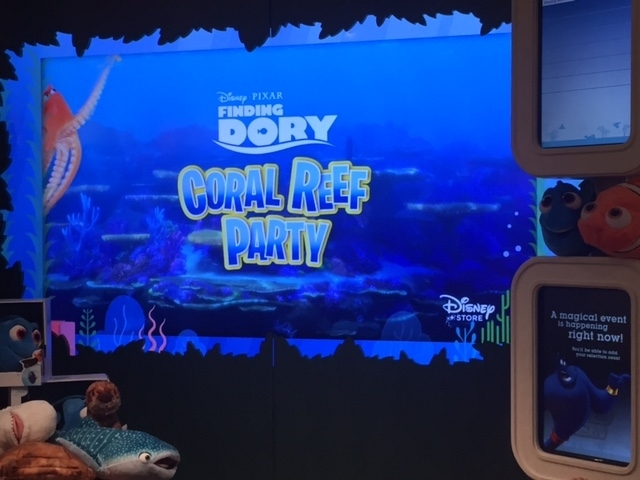 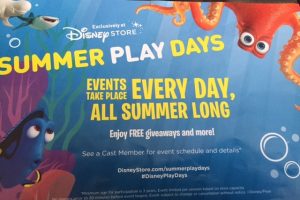 by Pixie Dusted Diva Looking for something for your kids to do this summer that is FREE?? You are in luck, as summer has officially started at the Disney Store! On Saturday, June 4, the Disney Store officially kicked off summer with the first Summer Play Days event. Events will take place every day from June 4 to September 5 at a Disney Store near you. The best part is these events are FREE and your child will get to take something home after each event! Follow along on Social Media with the hashtag #DisneyPlayDays 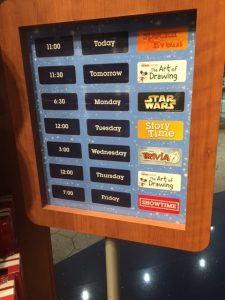 My local store has a board posted when you walk in the store with the dates and times of the weekly events. I recommend taking a picture of the schedule each week so you can remember what activity is when and the time. This will vary from week to week. Some malls or stores may post their schedule online as well. For the past few years, the Summer Play Days event included a lanyard and collecting buttons. I am glad they changed it up this year. This year when you participate in an event you will receive a Tsum Tsum wristband to stack up on your wrist. There will be 14 different wristbands to collect with different characters on each. During the week of August 31 – September 5, if you bring in all 14 bands you collected you will receive the ultimates collectors set of two additional bands, Mickey and Minnie. Today’s event was a special event, a Coral Reef Party in honor of Finding Dory’s release. 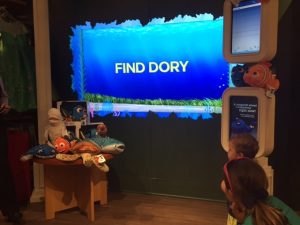 During today’s Coral Reef Party, the Cast Member played a series of games with the children. She invited everyone to sit on the sea floor of the store and clap their fins throughout the event. The first activity was speaking with sea lions, where the children interacted and made sea lion sounds. The second activity was find dory, as she was hidden in a picture on the screen. Next up was coral reef trivia, where the children were asked a series of questions. For example, how many hearts does an octopus like Hank have? (Any guesses??) My favorite activity played was a Dory memory game on the sea floor, which was a simple match game and everyone got a turn. The last activity was “Camouflage Hank”, where Hank the septopus blended in on the screen with his surroundings for the children to find. 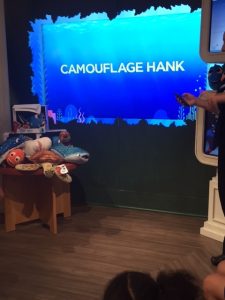 Other events that will take place this summer include Disney Trivia, the Art of Drawing, Story Time and Showtime. typically the Disney Store will rotate the events. The bracelets will be handed out each week, changing on Wednesday. Saturday, June 4 – Dory Wednesday, June 8 – Hank 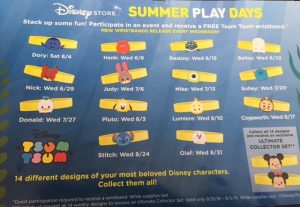 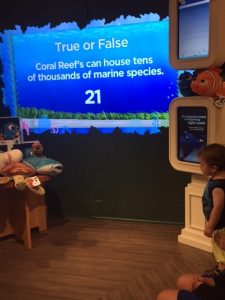 Disney Diva Tip: If you miss a bracelet, check with a Cast Member and see if they have any leftover. Just remember to ask politely and more than likely, a Cast Member will be happy to help you out. Also, check to make sure your store is participating in the summer play days and enjoy! Each event is limited to store capacity. Each event is subject to change or cancellation. 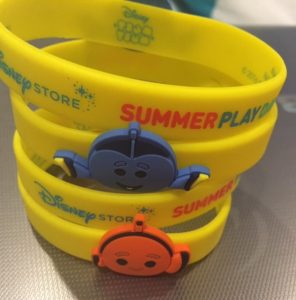 One of the perks of having a Disney Visa  is invitations to special Disney Store events. Last week, Disney Visa cardholders were invited by email to the first play date at the Disney Store before it was open to the general public. Our event was held at 9 am, as the store opens at 10 am. Disney Rewards sends emails to their cardholders and pre-registration is required. The store verifies everyone who attends the event is registered. You are also given a special coupon for the day, which was 15% off your in store purchase today. The coupon was able to be combined with the twice yearly sale for some good deals! Also, for attending the invitation only event, participants were given a Nemo bracelet in addition to Dory. The Nemo bracelet is only available to Disney Visa cardholders. 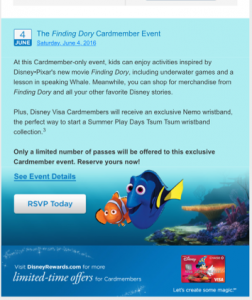 This article was based on my experience at the Finding Dory Disney Visa Cardmember Event  at the Disney Store, each store may run their events a little differently. 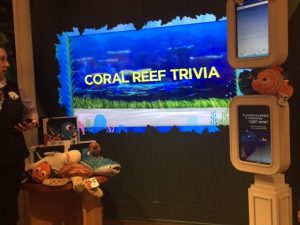 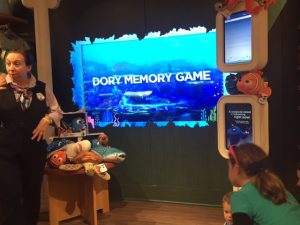 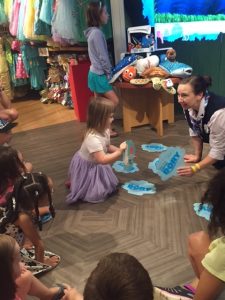