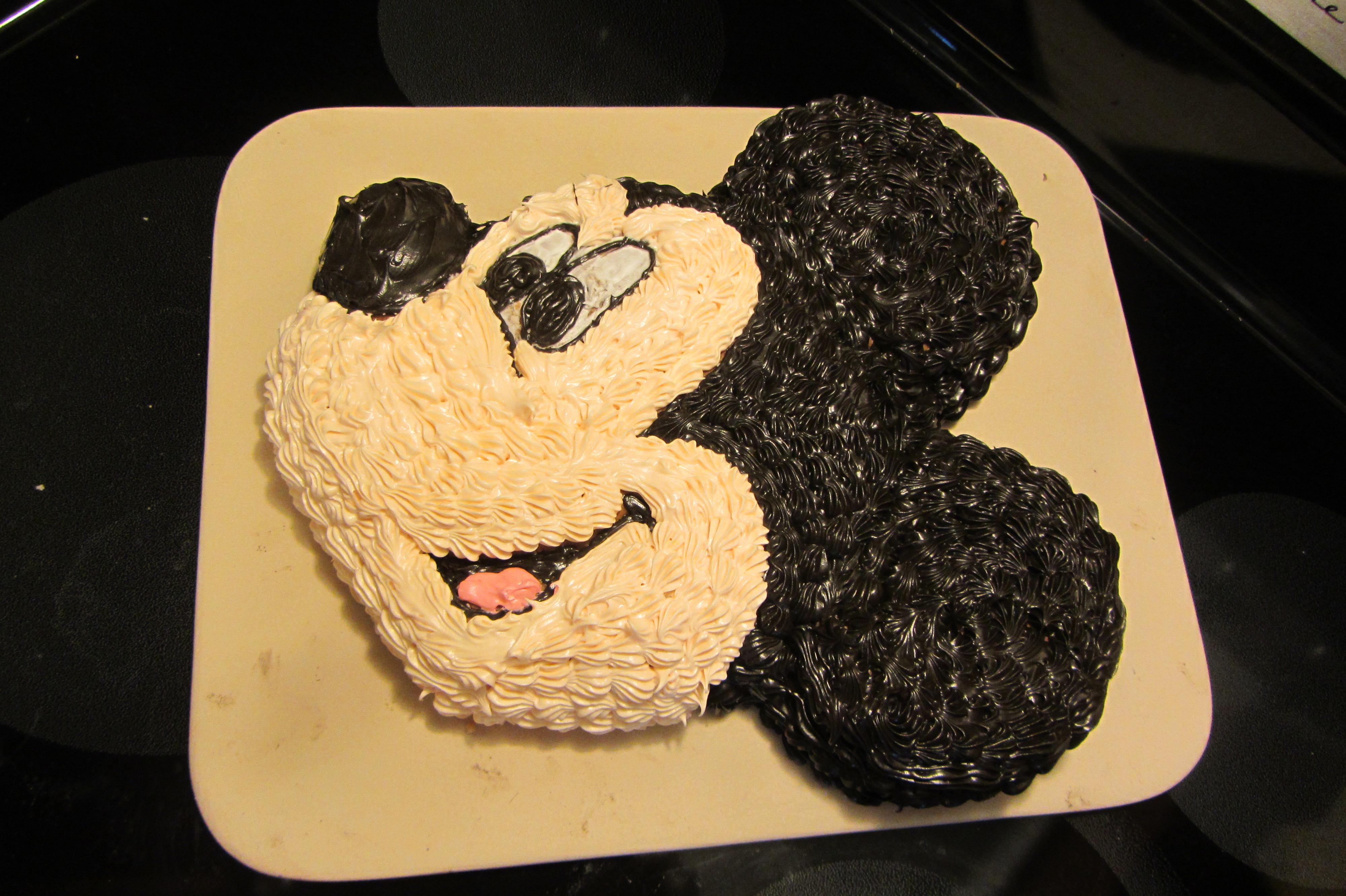 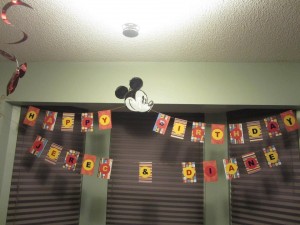 My son was 17 months old the first time he went to Disney World. From that trip on he has been a huge Disney fan! Almost all of his toys are Disney toys, he loves watching Disney Jr. and he loves all the characters. This makes it very easy for me, a huge Disney fan as well, to decorate for his birthday parties! Now we all know Disney stuff isn’t cheap and I don’t like to spend too much on party decorations, so I will let you in on a few of my party decorating ideas I have come up with for his last 3 birthdays.

His 2nd birthday party was Mickey Mouse themed. He shared his party with a friend of ours so I actually made a birthday banner for them both in Mickey colors. This was very easy, I just cut out some card stock for the background rectangles, then used solid color card stock to put circles on the front and then used letter stickers for the saying on the banner. As for some decorations, I used bags I had saved from the Disney store and cut out characters on them and taped them around the house. Since the theme was Mickey Mouse we figured we needed a hot diggety dog bar to go along with our hot dogs and of course you can’t have a Mickey party without a Mickey Mouse cake! 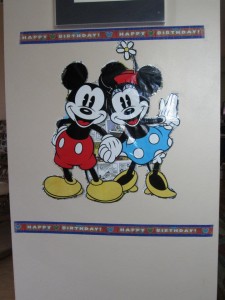 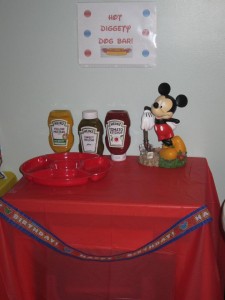 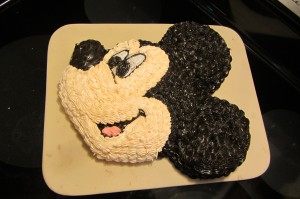 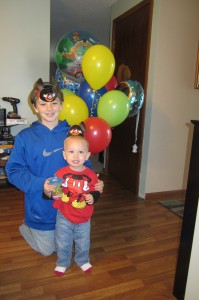 His 3rd birthday party was Cars themed. I decided to buy a banner this year but shopped around and found Walmart seemed to have the least expensive decorations.  Since we had tons of Cars toys around the house it was pretty easy to decorate for this party. I also took a trash bag and folded it and taped it onto the floor then cut out white pieces of crepe paper and taped them to the trash bag making it look like a road. Then I set up a small reading section with Cars books, just in case somebody wanted to read them. As for the cake, of course it was Lightning McQueen. 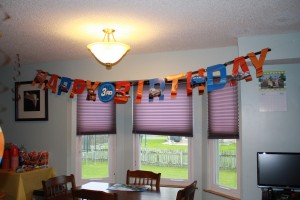 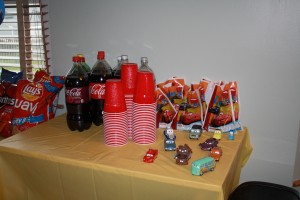 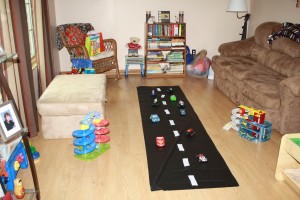 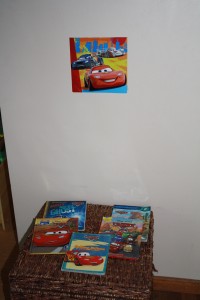 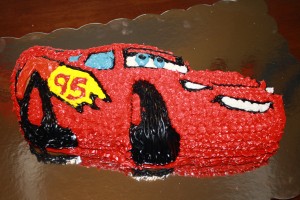 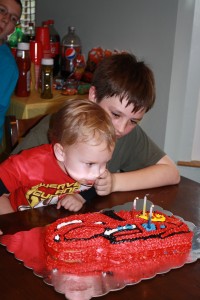 This year was his 4th birthday party and he had been asking for a Monsters University party for months! He saw a cake he liked at Kroger and normally we make the cakes ourselves but I figured this would be easier than trying to make our own Sulley cake. However, I did make Mike Wazowski cupcakes to go with the cake. These were incredibly easy. We used white cake mix, then just added green food coloring to white butter cream icing. Iced the cupcakes, then took the middles out of Double Stuff Oreos and placed them in the center of the cupcake then put a dot of black food coloring onto the Oreo middle. This is another party we had tons of toys for decorations so I had Monsters University characters throughout the house. I did purchase some decorations at Walmart such as turquoise and green table cloths and forks and plates as well as a birthday banner and a few other decorations for the walls. 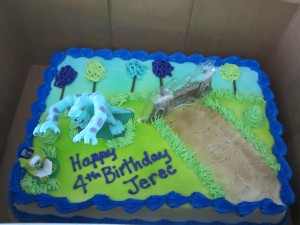 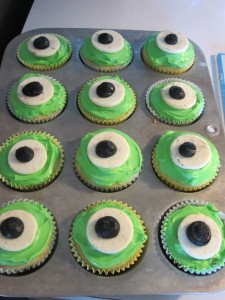 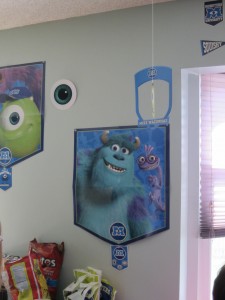 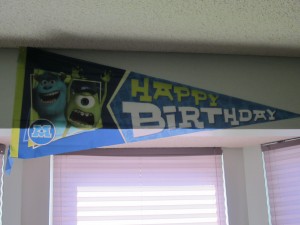 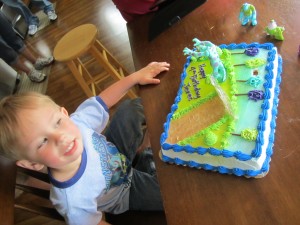 I would have to say our 3 Disney parties have been quite successful and I look forward to having  many, many more in the future!