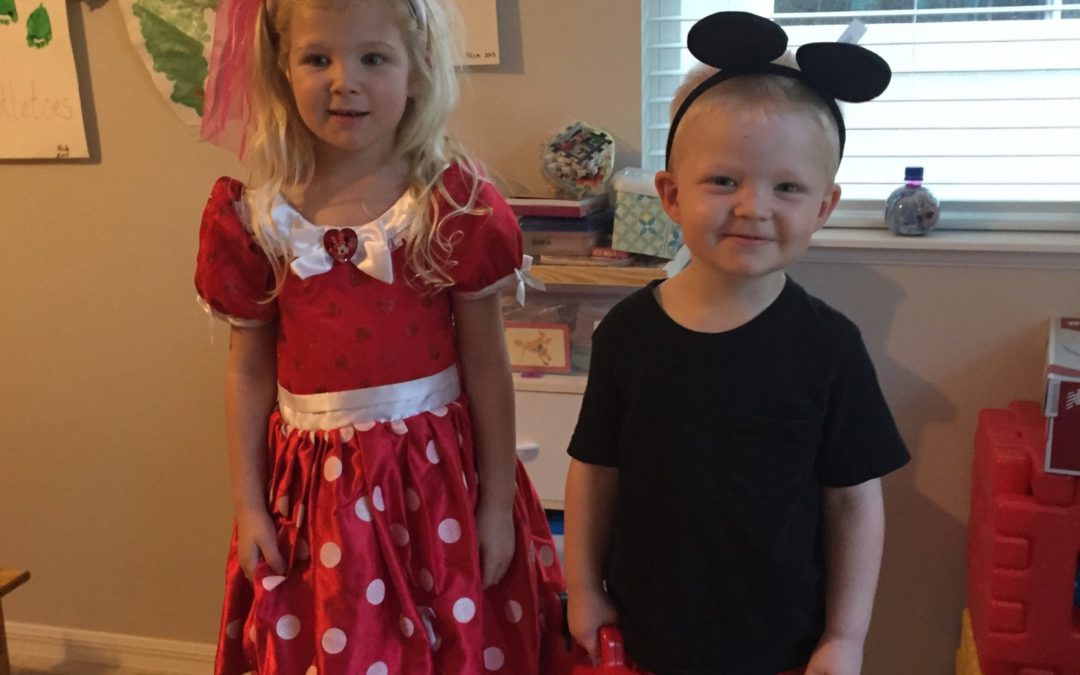 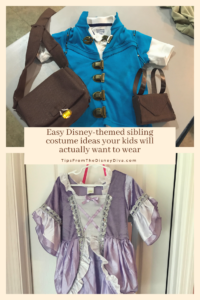 Halloween is just around the corner and in our house we are already starting to plan our costumes.  At seven and five they still like to have a family theme.  This year’s theme is still undecided, but here are a few from years past.

Disclaimer: I am not super good at crafts.  I love doing crafts and Pinterest has done a great job telling me I can do all the crafty things.  Sometimes the directions and pictures are clear and easy and the item turns out wonderful.  Other times it’s a big Pinterest fail that all I can do is laugh and order off of Amazon. 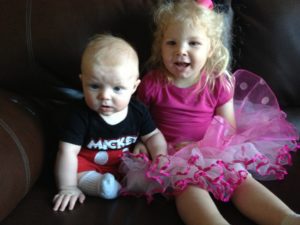 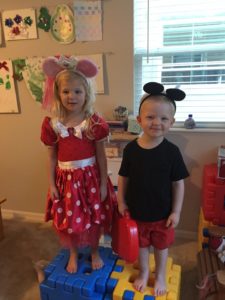 Minnie and Mickey that they put together.

The first sibling duo we did was Mickey and Minnie.  This was on accident since my daughter insisted that if her new baby brother was Mickey, then she needed to be Minnie.  I already had the Mickey onsie, so we started looking for Minnie options.  I was able to find a pink polka dot skirt and solid pink shirt.  I had made her tulle ball hair bows and we stuck a pink bow in the middle to make Minnie’s ears.  She may not have been recognized as Minnie alone, but with Mickey it worked.  They later “recreated” their Mickey and Minnie costumes themselves.  My daughter had a Minnie costume and added her own ears.  Mickey was super easy with a black shirt, red pants, and ears (from Target.)  If this would have been an actual costume and not them just playing dress-up I would have put large white buttons on the shorts (probably with felt and safety pinned).

When she was three, my daughter was obsess with Cinderella.  Since we were going to Mickey’s Not So Scary Halloween Party she wanted to be Cinderella.  I wanted her brother to coordinate with her, but knew as a one-year old he would not do well with an actual costume.  He still had his cute baby belly and was a little chunky, so he made the perfect Gus Gus.  I already had the brown shorts and held on to a slightly too short yellow shirt.  I used an old headband, felt, and lots of hot clue for Gus’s ears and hat.  It was pretty lightweight so he kept it on fairly well. 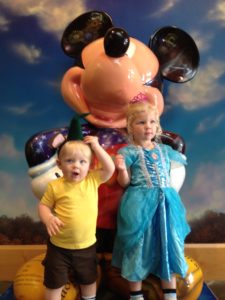 Cinderella and Gus Gus at Shades of Green. 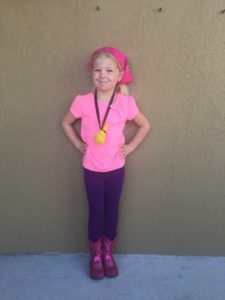 Izzy from Jake and the Neverland Pirates. 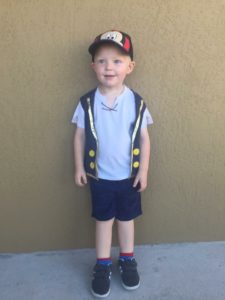 Jake from Jake and the Neverland Pirates.

The last day of preschool is a fun-filled day where kids can dress as the theme for the day.  The year they were both at the preschool it was a pirate theme.  Both kids also really loved Jake and the Neverland Pirates, so we starting looking to see how we could make Jake and Izzy costumes.  Izzy was easy since we had purple leggings and a pink shirt.  She added the pink cowboy boots and we bought a pink bandana.  Her oversized Pixie Dust necklace is felt stuffed with kleenex tied to some ribbon.  Jake’s was a little more work.  He already had the blue shorts, white shirt, and old blue shirt I used as the vest.  I cut up the white shirt and added black ribbon at the top.  I cut the old blue shirt to make a vest and added gold ribbon and yellow felt buttons.  He also has a bandana and cowboy boots, but was not interested in wearing either.

While we have tried to stay from Prince/Princess costumes there was one event we did it.  There was a Royal Ball (Disney themed) that we had tickets to.  It was highly encouraged to dress up since it was near Halloween.  My daughter wanted to be Rapunzel.  Since Flynn Rider is pretty cool, it wasn’t hard to convince my son to be him.  (Don’t worry, he went as his choice, Batman, to all other Halloween activities.  He loved all the attention as Flynn Rider-especially when he won the prize for Best Boy Costume.)  As with many families with young, princess-loving girls, we already had a Rapunzel dress.  We used fake flowers I had lying around to decorate her braided hair and she picked out her favorite crown to go with it. 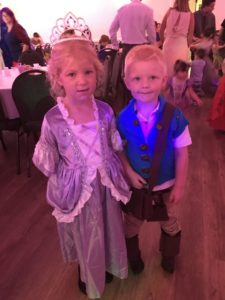 Dresses as Rapunzel and Flynn Rider.

Flynn Rider was the hardest costume I’ve ever done, but turned out the best.  I started with the basics-khaki pants and a white collared shirt. He has a bright blue collared shirt with a stain, so it was perfect to cut up into Flynn’s vest.  I bought the silver embellishments and vest hooks at Hobby Lobby and was able to put them on without any special tools.  I sewed some felt together (by hand and not extremely well) to go over his cowboy boots to make Flynn’s slouchy boots.  I bought a purse and hot glued brown felt all around it making Flynn’s satchel.  I even put a tiara in there, which he thought was very funny.  He has a little pouch that attached to his belt with brown ribbon.  I used an old crayon box and covered it in brown felt. 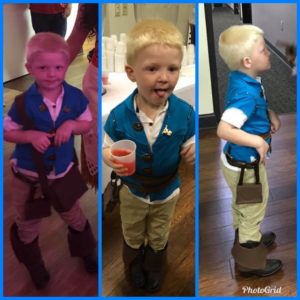 His Flynn Rider costume. It is probably the best costume I have ever made. 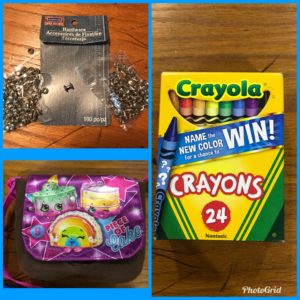 Items I used to make the Flynn Rider costume. The embellishments were for the shoulders. The crayon box and purse where for his belt pouch and satchel.

Whether you decide to make your own costumes or buy them enjoy your time in them.  It’s the memories that are the real magic.  There are so many good sibling, and family, costume ideas.  It is a great way for families to have fun together.  Have you ever done a sibling , or family, costume?  We would love to see them!