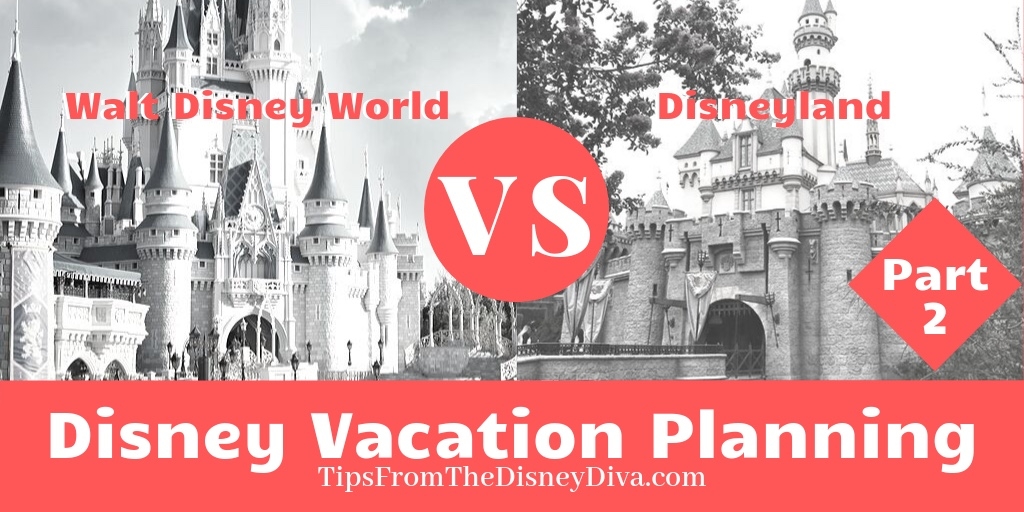 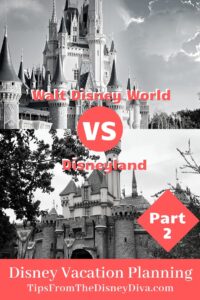 I know Walt Disney World really, really well and have no issues with planning vacations to Florida. I knew Disneyland was different, but I’m not sure I was prepared for how different things were going to be. The dining reservations, the FastPasses, the size, you name it, it’s different. In my opinion, the differences aren’t better or worse but just that… different. One of the things that are different between Disney coasts is how Disney Photo Pass works!

Regardless of where you are, you can keep a look out for photographers and either get in line and wait for your turn, or stop to ask an 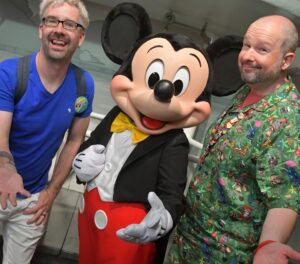 unoccupied photographer. Here is where I want to talk about Disney Photo Pass. Regardless of what you do, you have the option to purchase your photos from Disney Photo Pass. However, there are options if you would like to pre-purchase digital versions of your photos. At Disneyland, MaxPass is purchased not only for access to FastPasses on your phone, but also as a way to pre-purchase your photos taken during your vacation. If you want to pre-purchase your photos at Walt Disney World, you’ll want to purchase the Memory Maker. In either case, you’ll have access to digital downloads of all the photos you had taken during your vacation, sans the watermarks that you’ll see on photos that you have not purchased. And of course you’ll always have the option to purchase printed versions of your photos. In most cases, your digital photos will be available for download for 45 days before they start to expire. This isn’t necessarily the case if you are an Annual Passholder but if that’s you, you probably already know all about this!

I hear a lot of people ask if the Memory Maker or MaxPass is worth it. That first sentence in the previous paragraph is the key! Only you can decide if it’s worth it. If you take the time to hunt down photographers and take the time to have your photos taken, it will be worth it. If photographers are not on your radar and you aren’t willing to occasionally wait in line to have your photo taken, it’s probably not worth it. For me, I will also order the Memory Maker or MaxPass because I think it’s totally worth it because I’m going to make it worth it! I should probably point out that if you are an Annual Passholder, there’s no need to purchase Memory Maker as your photo downloads are included in the cost of passes.

Okay, so we know how to have our pictures taken, we know how to retrieve our photos, but how on earth does our photos get from the camera to the app or website? I’m glad you asked because this is a very different answer, depending on what coast you’re in! Let’s talk about Walt Disney World first, because that’s the easiest one! Walt Disney World has MagicBands which are associated with your account so it’s really as easy as having the photographer scan your MagicBand after your photo is taken. It’s really that simple. When you are on a ride that takes your photo, your MagicBand is automatically detected and your photos automatically loaded to your account. See… that was easy.

Disneyland’s situation isn’t exactly difficult but it’s a bit more complicated. Since Disneyland doesn’t have MagicBands, you’ll need to have the Disneyland app or your park ticket accessible. Personally, I would much rather use my phone since I always use many of the multiple functions of the app. On the app you’ll find a QR code that can be scanned by Disney PhotoPass photographers. Shortly after scanning that 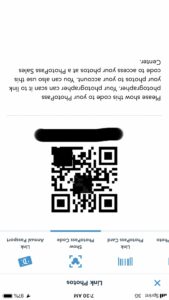 code, your photos should automatically load to the app.

Devo Tip: Open the Disneyland app and find your QR code to link photos. Take a screenshot of that QR code. Open that screenshot photo in editor and flip it upside down, then make it your lock screen wallpaper. Why upside down? Yeah, it will work right-side up, but if you have something at the top of your screen such as the time and date, the QR code will appear under that and you’ll have a hard time scanning!

For ride photos at Disneyland, there’s a bit more work to be done. Some rides take your photos which you’ve probably noticed as you exit and see your photos on screens. You should also notice a unique code on each photo. Find your photos, take a pic of it on your phone. Later, you can pull up linked photos on the Disneyland app or website by entering that unique code. It’s not hard to do but can be a bit more time-consuming.

So there you have it in a nut shell. Those are the basic differences between Walt Disney World and Disneyland in regards to photos. Very similar and yet very different. Personally, I don’t understand why Disneyland hasn’t yet implemented MagicBands. Everything at Walt Disney World is so much easier with MagicBand, especially the photos. So clearly, I still favor Walt Disney World, but once you get the hang of it, Disneyland isn’t so bad either! 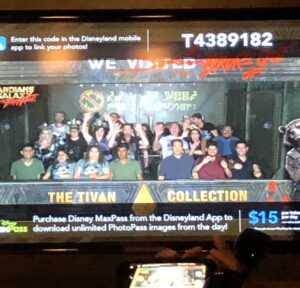 Also, if you didn’t catch Part One of my Disney Vacation Planning: Walt Disney World vs. Disneyland, you can read it here!