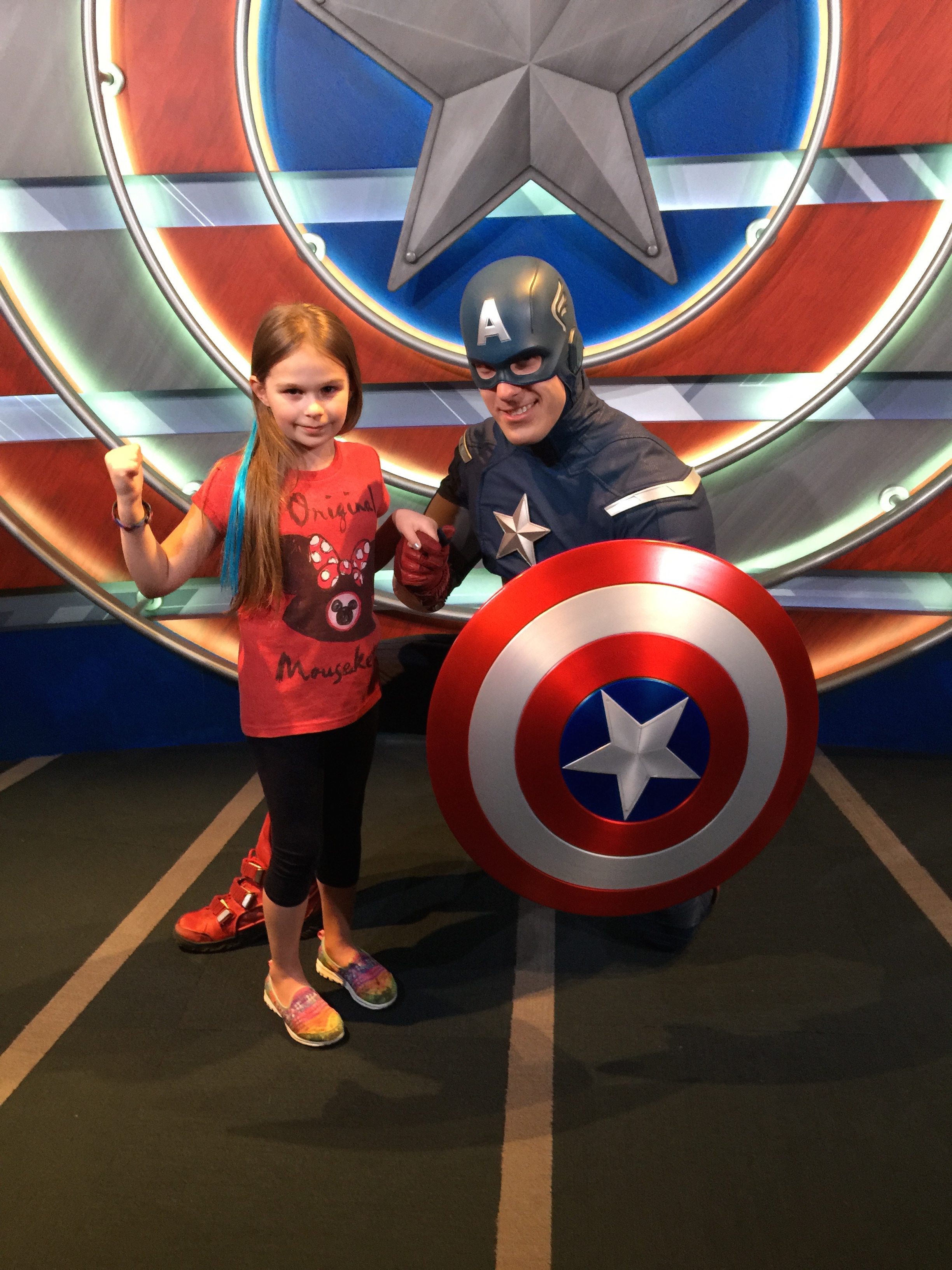 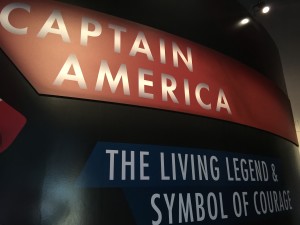 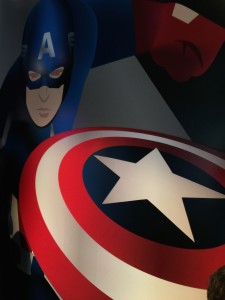 Did you know that you can meet some of the world’s finest superheroes at Disneyland? Oh yes you can, this place has something for everyone!  Among the spinning tea cups, singing pirates and Haunted Mansion are some great heroes that you can meet.  One of those great heroes, is the very first Avenger, Captain America!

Who is Captain America? Here is some backstory for those of you who aren’t familiar with the Cap:
During World War ll, a scrawny man named Steve Rodgers tried to enlist into the army only to fail the physical requirements.  Vowing to serve his country in any way he could, the young soldier was selected to be given the “super soldier serum”. The serum was a success, giving him maximum human efficiency, size and strength, and with it he became America’s successful one-man army, he became Captain America.
However, during a battle, he fell into a freezing ocean and due to the serum he survived being frozen in ice in a suspended animation like state for many years.
The espionage/ law enforcement organization known as S.H.E.I.L.D came across Captain America frozen in ice, thawed him from his frozen state, and he once again began fighting for America, as well as becomes the leader of the Avengers.  He truly is a man from the past as he learns how to live and fight in today’s modern age…

So feel like meeting this cool guy? Just go to Disneyland and walk over to the Innovations building inside Tomorrowland. My biggest tip for you: Please try and get there early, when the meet and greet first opens.  Many times (I have unfortunately found out) if the line is super long “S.H.E.I.L.D agents” will turn you away.

When you do go to see Captain America, they have a great waiting area filled with so much information about his story.  You can also see charts of him “before and after” receiving the super soldier serum which is pretty interesting. Along the wall where you wait you can also see some items on display, including his original uniform and the various prototypes for his shield. 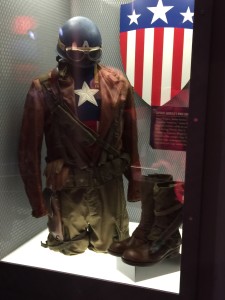 Once it’s your turn to meet the Cap, you turn a corner to a private meet area (and after you get over the star shock) you have just a minute or two to chat, get his autograph and take a few photos with him.  Now remember to be a little patient with some of your questions. This poor guy who lived during the 40’s, woke up from being frozen in ice for about 50 years, so he might not know about ipads or newly popular Baymax.

When we finally met the Cap a few months ago my daughter was beyond happy! She is a young girl with a love for superheroes that many girls in her class just don’t understand.  So she just had to ask him (so she tell the kids back at school) if he has tried a Starbucks coffee yet…and no he hasn’t! (but promised that was on his list of new things to try). 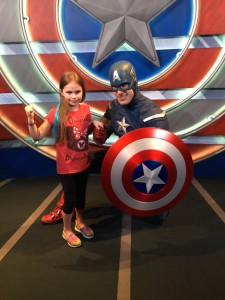 Life Loves: Family, friends, Disneyland, lots of coffee and Superheroes! I have always had a big love for Disneyland ever since I was little. Now, with a family of my own, we have discovered that Disneyland love rekindled with a touch of Superhero flare :)