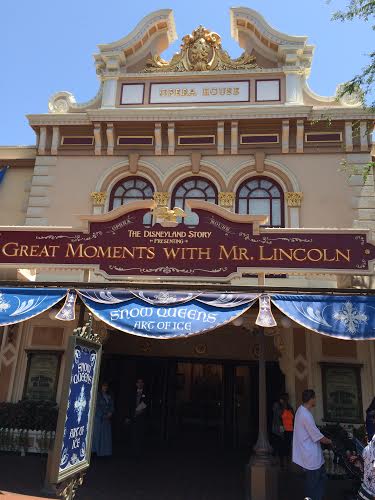 When you walk through the magical gates of Disneyland what is the first thing you think of? Space Mountain? Churros? Or maybe even fireworks? Well these of course are all true but I think if you were to take a seat on a Main Street bench you would quickly realize just how much history fills the gates of Disneyland. Walt Disney himself is such a big character in history and has created one of the most iconic parks in America (some would say the world). As some of you might know, Walt Disney loved President Abraham Lincoln. It was a fascination that started with childhood when Walt had to do a report for school. As he grew, his admiration never wavered and he eventually would go on to honor him in a tribute called “Great Moments with Mr. Lincoln.” 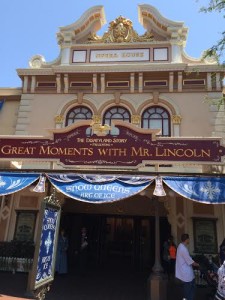 Inside this attraction, there is more than meets the eye. You’ll find all kinds of treasures from old maps and tickets from the first years of Disneyland, dioramas of what the park grew to be, concept art for future Disney endeavors, and something that I find to be extra magical – the bench where Walt himself was sitting when he had the idea for a place for families to go and just forget the outside world. There’s a short film that is hosted by Steve Martin (who actually worked at Disneyland) which talks a bit about some of the park’s history. 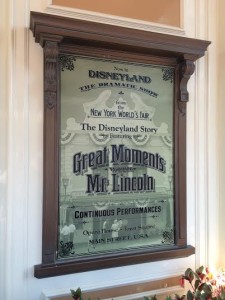 After seeing some of Disneyland’s history and tributes, you walk into a room dedicated to Walt’s hero. 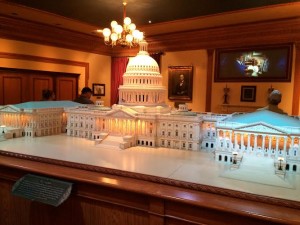 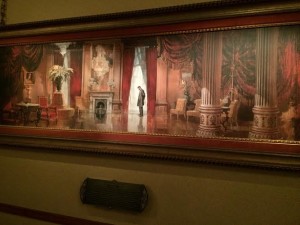 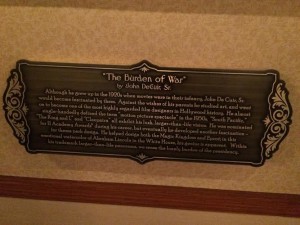 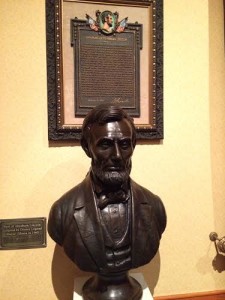 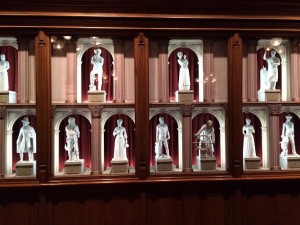 Shown above are twelve statues representing hard working people in America all working to make a great country.

There is a short film shown in the lobby which tells of Abe’s humble childhood beginnings and his eventual journey to becoming President of the United States. You are then ushered in to the theater for the show to begin. Honest Abe then recites part of his Gettysburg Address while standing in his office with a big American flag behind him. The animatronic is so lifelike I have to be honest, I was a bit scared the first time I saw it! I really thought it was an actor!

The show is so captivating and moving that if you haven’t seen it, you’re really missing out. It will fill your heart with pride for America and all of the great things our country has achieved. I really love how nostalgic I feel sitting in the theater with old American music playing and filling the crowd with patriotism for our country.

Of course I think this show is great for all ages, I highly recommend this show for anyone over the age of 5, maybe younger if your child doesn’t get bored easily as it can be a bit long for them to sit through. I think it’s a great opportunity for them to learn about one of our most memorable presidents and a time where parents and children can really connect. I think it would be ideal for middle school aged children, seeing as that’s the age where most school’s focus on government and U.S. History.

Because I’m all about the free AC, I usually do this show mid afternoon after lunch. It’s a nice, quiet break from all of the heat and crowds outside to reflect on a more serious note. The show runs every 16 minutes (did you catch that? 16th president and all!) and usually the wait time is very small. In fact, it’s nice to have extra time to look at all of the paintings and watch the film.

Great Moments with Mr. Lincoln is truly a gem at Disneyland. Sitting at the heart of Main Street, the red and golden sign is such a wonderful tribute to our American history and certainly not to be missed.