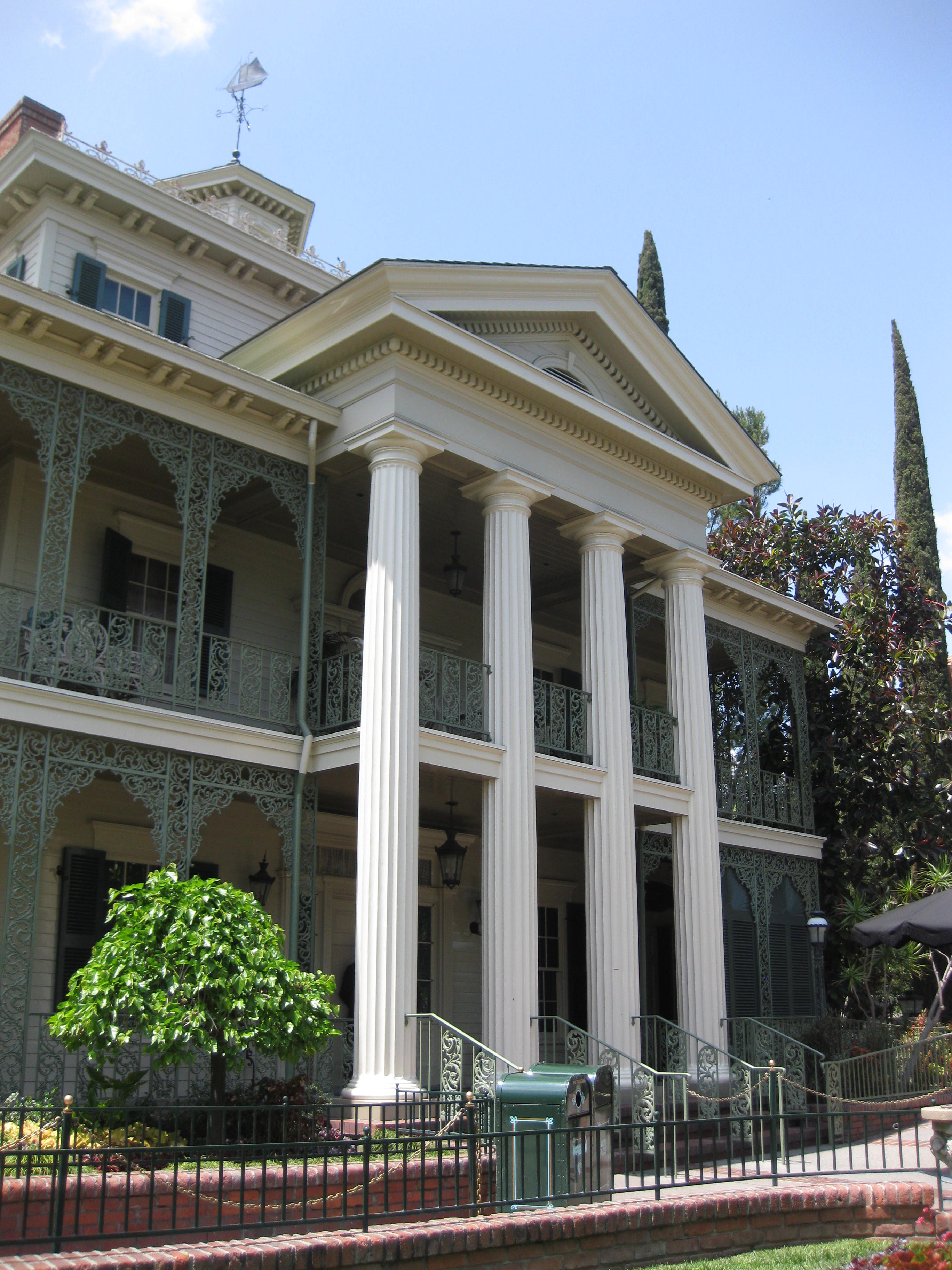 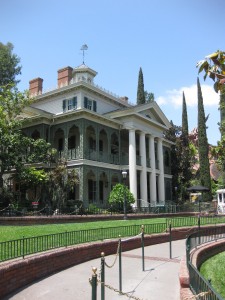 One of my favorite rides at Disneyland is the Haunted Mansion. As a child, I remember being terrified of the attraction because it was dark and things would pop out at you. I distinctly remember a time when a knight was stalking the guests and scared the @#$# off of myself and a couple friends during a class trip. As an adult, it has a special place in my heart for me and my wife. On one of our first dates I gave her some silly line that I was scared of the dark just so she would hold my hand (I know, not sure how that worked). It’s an attraction that we frequented during our Disney date nights throughout the years. Let’s take a look at this iconic attraction, there’s no turning back now!

The groundwork for the Haunted Mansion began back in the 1950’s. Walt Disney started to develop a new idea for Disneyland as he wanted to incorporate a new attraction based on a haunted house. Early versions of the attraction placed the Haunted Mansion in different parts of the park. Eventually the plans settled and the house would be placed in the New Orleans section of the park. The attraction itself took a long time to develop. Rumors stated that the attraction was placed on the back burner as Walt focused on the World’s Fair and was further delayed by Walt’s death. Originally, the attraction was to be a walk through attraction, much like the original idea behind Pirates of the Caribbean. That ideas was eventually scrapped to make way for the Omnimover ride system.

The pet cemetery on the side of the Haunted Mansion

The attraction cue for Haunted Mansion in Disneyland is located primarily outside. The cue walks towards the front doors of the Haunted Mansion before making a hard left turn and then wrapping itself around behind the pet cemetery. The ride wait times can be long during specific parts of the year, but it seems to move quickly. Those who have mobility issues will access the Haunted Mansion at the front doors. A ramp is located by the front stairs. Guests who cannot walk will be allowed to access the attraction using their scooter or wheelchair downstairs.

The scary bride in the attic!

Once inside the Haunted Mansion you will be directed into one of two elevators. The elevators are designed to take you down into the second cue prior to loading. The elevator section is one of the scary parts for small children. At one point the lights will go off and a fake scream rings out in the room. At times, other guests will also start to scream. This is the least favorite part of the attraction for my kids. My wife and I usually hold our kids during this section as they are frightened by the dark and the screams. I have used my cell phone at times to direct some light for my kids and glow sticks are also helpful.

After leaving the elevator you will walk down the loading cue for the Doom Buggies. These ride vehicles are accessed by a moving sidewalk. The lighting effects inside of the mansion are amazing, but it can pose a possible issue with those who have a hard time with their depth perception and/or low light situations. The first part of the attraction is a bit scary. There are things that will jump out at you, doors that are knocking on their own. My kids start to really enjoy the ride around the middle of the attraction where the “Ghost Host”  leaves for a  “Swinging Good Wake”. This is when the characters are dancing around the room. Most of the special effects inside are based on parlor tricks that have been around for almost 100 years. The creepiest character in the Haunted Mansion has to be the bride in the attic scene. Just as you pass the bride (who may or may not be friendly) you enter my favorite part, the graveyard.

In this section the ghosts come alive and you hear the Grimm Grinning Ghosts song that was composed by Buddy Baker and written by X Atencio. One of the singing busts looks like a dead (sorry) ringer for Walt himself. It is actually not Walt, but Thurl Ravenscroft who voices the character. In the grave yard scene look out for the skeletons who jump up in front of the Doom Buggies. I remember them being much faster and scarier as a young child than I do now. I typically point out when I see them for my kids to avoid getting scared.

The end of the attraction is one of my favorite parts. Here you will find three ghosts who are trying to hitch a ride home. My wife and I always “attempt” to get the tall one that we’ve named Lurch (actual name is Ezra-The Skeleton). We typically get the Old Guy (named Gus-The Prisoner) or the hitchhiker (named Phineas-the Traveler). As you exit the attraction you will step onto a moving sidewalk before proceeding on a second moving sidewalk that returns you to ground level. For fun, list very carefully as you go through the turn styles and listen for the house laughing at you!

Jack Skellington takes over the Haunted Mansion from September until January.

Every year the Haunted Mansion is taken over by Jack Skellington as he and his friends try to bring the Christmas cheer to our favorite haunted house. My kids seem to like when Jack takes over a little more than the original attraction. You can read more about the Haunted Mansion Holiday here.

The Haunted Mansion [DVC] is a dark ride, for obvious reasons, but it seems even darker during the day. Diva Tip: Take a ride at night after the sun has set to be able to see everything in the attraction. If you plan your visit at just the right time you will be able to catch Fantasmic! just as you exit or even the Disneyland fireworks over the Rivers of America. Getting to/from the attraction can be difficult for a few hours before Fantasmic! starts so feel free to access this attraction and Critter Country via the Disneyland Railroad. Just get off at the New Orleans Square Station.