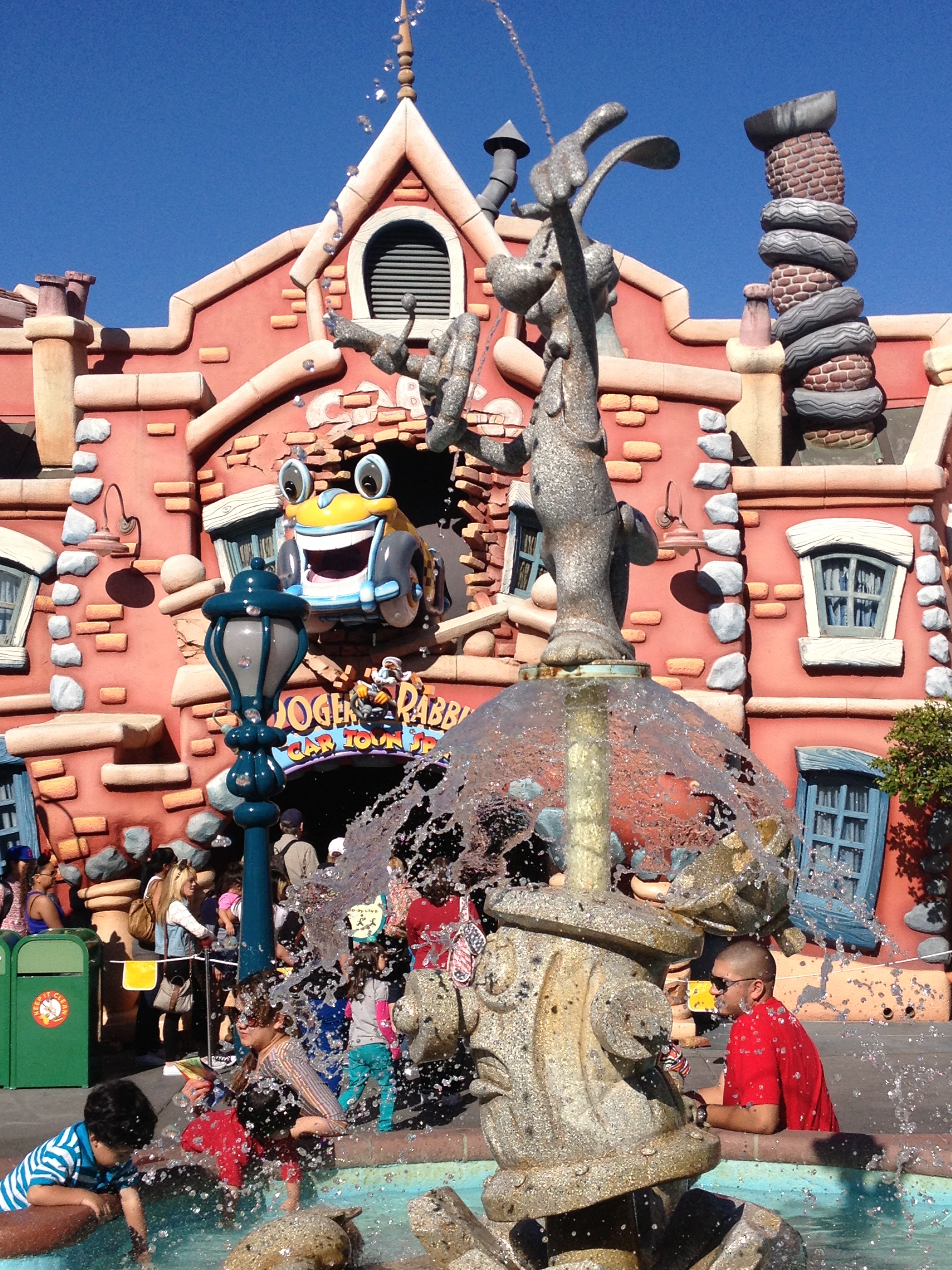 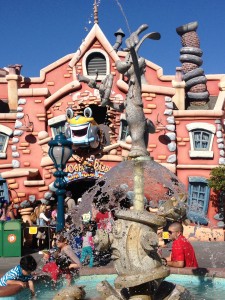 Roger Rabbit’s Car Toon Spin is one of two moving attractions located inside of Toontown. The Disneyland version opened in 1994 and was based on the 1988 film “Who Framed Roger Rabbit.” The queue of the attraction is one of the most elaborate cues in all of Disneyland. As you enter, you move through different sets where you encounter Jessica Rabbit in her dressing room, the weasels discussing their sinister plot, and the boiler room. The cue is a bit deceptive because you cannot really see much more than 50-100 feet in front of you at any time. I’ve gotten into line numerous times thinking I had a short wait in front of me before realizing we were half way through the cue when we hit the end of the line. 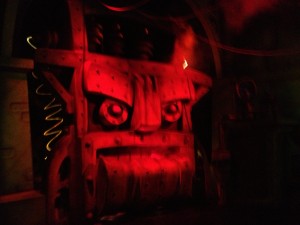 Roger Rabbit Boiler in the Cue. The entire cue is dark and has strange noises. Be careful with younger guests.

I’ve taken both of my kids on this attraction and both of them have struggled to walk through the cue because it is pretty dark and you can hear noises from the characters setting up the story behind the attraction. For those who have small children, may I suggest getting a Fastpass for this attraction. Those who enter the cue via the Fastpass will skip the traditional cue and go into a much shorter Fastpass line. This Fastpass is one of the better Fastpass experiences in the park since the ride is very slow loading and each rotation only allows for about four guests to enter at one time. 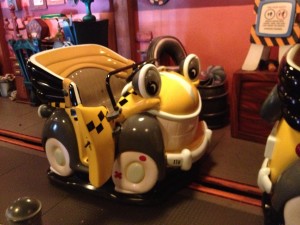 As you embark the attraction vehicles you will load onto Lenny the cab, the cousin of the cab in the movie, Benny. The attraction vehicles follow a track but a directional wheel allows the riders to spin their vehicle as much as possible. Think of a cross between the Haunted Mansion Doombuggies with the ability to spin on the Mad Tea Party, combined! As someone who becomes motion sick on the silliest of rides, I can easily counter steer the vehicle so that it doesn’t cause me to feel sick. When riding with my kids, I usually keep one hand on the wheel and hold the wheel still in order to avoid Lenny from rotating. Sometimes I might need to steer to get the vehicle pointed back forward but its pretty easy to do. 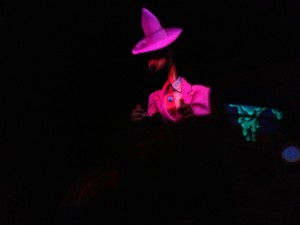 As the ride vehicle leaves the loading station you will quickly encounter Roger and Benny. You will also see the Weasels who are trying to get DIP (The chemical that destroys toons) onto Rodger and turn their efforts onto you later in the attraction. We follow Roger as he tries to escape in a way that only Roger Rabbit can. The attraction is full of sight gags from a Bull in a China Shop to a super-sized pie being thrown at you. You will also get to follow Roger as he is launched into the air before falling back to earth. The end of the attraction shows one of the Weasels who have a spray gun loaded with DIP and is trying to turn the spray directly on you. Just as you think you are about to get Dipped, the spray turns away from you. Roger comes to save the day and help you escape by deploying a portable hole for you. This is one of the coolest effects in the resort.

Roger Rabbit’s Car Toon Spin is an enjoyable attraction for the family. Younger children may find the attraction, and the cue, a little scary. The ride wait times can be a little long so think about heading into Toontown after the area opens. Don’t save this attraction for the last ride of the night since the area is usually closed off for the Disneyland Fireworks and it doesn’t reopen.