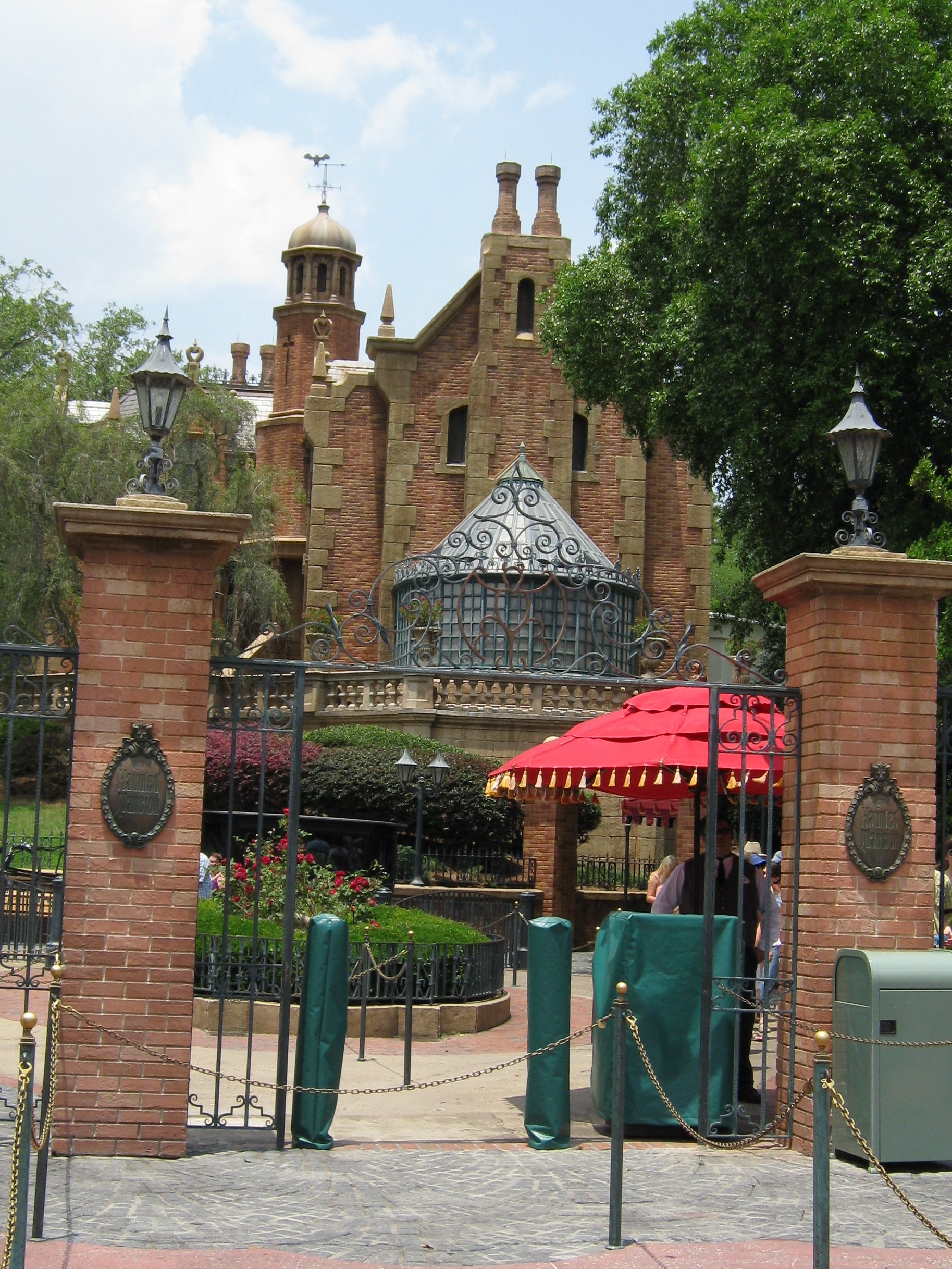 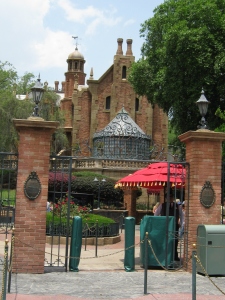 In the summer of 1969, The Haunted Mansion made it’s debut at Disneyland and to this day it proves to still be a favorite with visitors. There are  variations at every one of Disney’s parks around the world, but The Haunted Mansion is still the same at its core; spooky fun.

Originally intended to be a walk through attraction, it eventually morphed into the slow moving ride through the estate home that we know today. It actually took 12 years to complete from inception and ended up costing 7 million dollars; which today would translate into about 45 million. Filled with endless special effects that include everything from breathing doors to hitchhiking ghosts, there’s always something new you’ll discover. 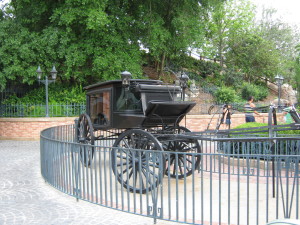 Some of the most memorable portions include entering the mansion,  the circular room with those eerie portraits looming over you, and the way they stretch to reveal  more of the crazy family that lived at the mansion. There’s also the ballroom and the way the ghosts dance so gracefully through the air as the candles flicker around the room. I’ve discovered the secret of how it’s done, but in case you’d rather it remain a mystery I won’t revel it here. For those of you who would like to know, simply look up, “The Pepper’s Ghost Illusion,” named after John Henry Pepper who brilliantly created it in the 1800’s. And finally, the hitchhiking ghosts that try to follow you home. I’ll never forget the looks of surprise and laughter of my boys when they saw them for the first time. Truly a precious memory.

In true Disney fashion, its not just the ride that makes an impression; it’s the atmosphere created while you wait. The thing that always strikes me at Disneyland’s version is the mansion itself. While creepy and ominous, it also has an inviting charm about it. Modeled after the grand houses of New Orleans, it looms over you as you wind your way towards the entrance. The Magic Kingdom’s Mansion looks more like an asylum that sits atop a hill in the distance while you wander past a cemetery and statues, complete with a horseless carriage before eventually making your way inside. 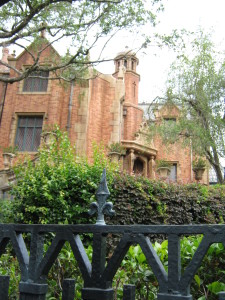 Overall, the mansion is harmless, goose bumpy fun although there are a few areas that may make younger children nervous. In fact, I would recommend that younger children don’t actually look up as is suggested during the introduction in the entrance hall, but other than that a lighthearted laugh from mom and dad as the ride moves through the estate, and your children will soon learn that its all in good fun.

Diva Tip: This ride is available with Fastpass+ and at Disneyland the paper Fastpass option is available certain times throughout the year (namely during the busy Christmas season when the mansion is re-created in the Nightmare Before Christmas theme.