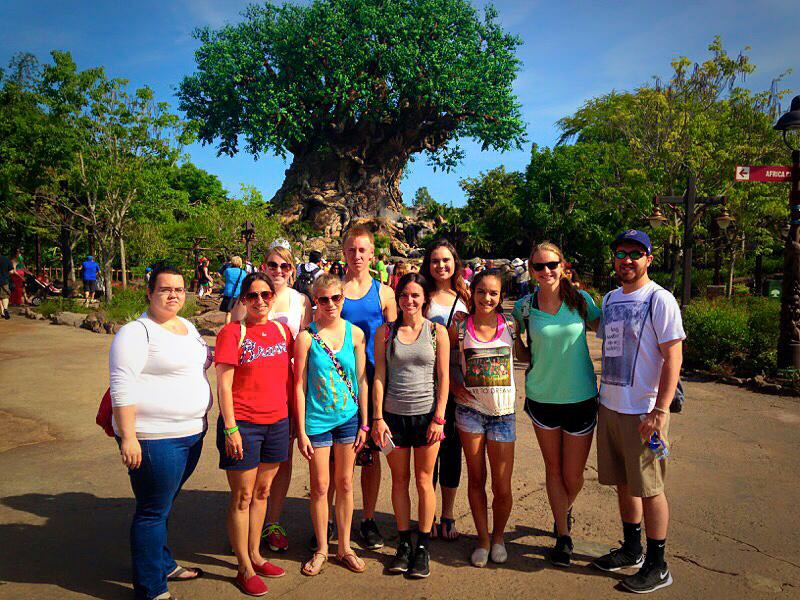 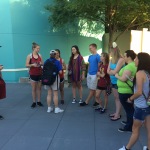 In April of this year, I had the amazing opportunity of being able to participate in Disney’s Youth Education Series Program or Y.E.S for short. Our trip consisted of learning about animation history, Walt Disney, how much work goes into making a Disney movie, and so much more. Myself and 7 of my classmates were able to indulge ourselves into the history of Walt Disney World itself. To view the link to the website of the Y.E.S Program Click Here.  So here is some more information on the program and a description of how much fun we had while at WDW.

First, a run down of the Y.E.S Program: We arrived in Orlando Wednesday night and we were up bright and early Thursday morning for the program. We drove to Hollywood Studios and we were greeted by our Y.E.S guide/teacher. We were all given name tags and lanyards (which we were able to keep as free souvenirs) and then we were off to learn all about animation. We were actually in the park before it opened, which was very neat. We were seated on the benches just outside of Fairfax Fare where we got a little glimpse of animation. We were able to test early 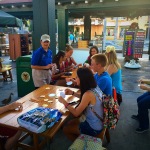 animation tools in a hands on experience using the thaumatrope, phenakistascope, and zoetrope. I know what you are thinking “those are some mighty big words.” Believe me I thought the same thing. But if you have ever seen the movie OZ Great and Powerful and recall the scene when he catches the attention of women by turning on a contraption that spins a projects a moving image on the walls, that is basically what we were using. I know, not the best description but that is what came to my mind when we started.

After that, we walked around to the Magic of Disney Animation where we met Mushu for a quick video on the history of animation. Then we were able to talk to one of the animators himself. We then made our way over to Disney’s Animation Studio where we all sat down and were able to draw a Disney character with the help of an animator walking us through the steps. After that we walked through the Animation Gallery where we split into two groups of 5 to see who could create the best story in 5 minutes. This was very tricky and my team didn’t win, 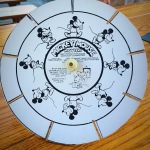 but we all had a good laugh. Then our guide put our skills to the test to see if we could figure the correct order of steps it takes to make a movie. This, again, was tricky but after a few tries we got it right. At this point our program was coming to an end, but not before we watched Walt Disney: One Man’s Dream. This film really shed some light on what Walt went through during his journey of becoming a famous animator. After this our Program was over. We bid farewell to our wonderful guide and then we set off the admire the art that is Walt Disney World.

Now for the experience of going to WDW with classmates: It worked out wonderfully because our program was first thing Thursday morning which meant that after 12pm on Thursday, we had until Saturday night to roam the parks, and we did. We of course stayed at Hollywood Studios for about 2 more hours and then took the boat over to EPCOT. Our traveling party consisted of 8 students and two chaperones. This was a 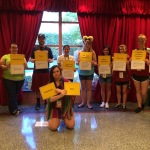 great number of people to roam the parks. We all stood in line for two hours to ride Soarin’, and then made our way over to our Fastpass for the night which was of course Test Track. We all had so much fun and then we watched the fireworks and headed back to the vans to sleep. Friday was our day at the Magic Kingdom. We spent all day there and had a blast. Because it was very crowded, we split off into groups and did our own 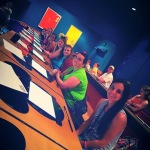 things until it was time for our Fastpasses. My group consisted of myself and the two girls who I roomed and shared a van with, and we had so much fun. I was nervous going on this trip because I didn’t have any close friends going and I was worried that I wouldn’t have as much fun. I was wrong. I came home with new friend and so many funny memories. We all met back up to ride our Fastpass rides and then left to get a bite to eat.

That Saturday we slept in a little and went to Animal Kingdom where we stayed as a group throughout the entire park. After half a day at Animal Kingdom it became very hot, so we went back to the hotel to freshen up and then went to 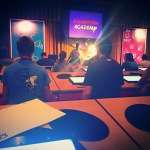 Downtown Disney. Once again we split off into groups and did some shopping. Our trip there was cut short because of some bad weather entering the area. So we went back to the hotel and packed up to go home. It was quite the coincidence that the chaperone driving the van that I was in actually graduated with my brother. We had so much fun on the ride home and laughed until our sides hurt. Overall, the program was wonderful and worth taking all high school students. I wanted to thank my teachers for taking us and for dealing with our craziness for 5 days and helping us make wonderful memories and new friends. As always remember to have fun and Disney on!

I am a major Disney fan from north west florida (the florida/bama line) I love life, family and all things disney!