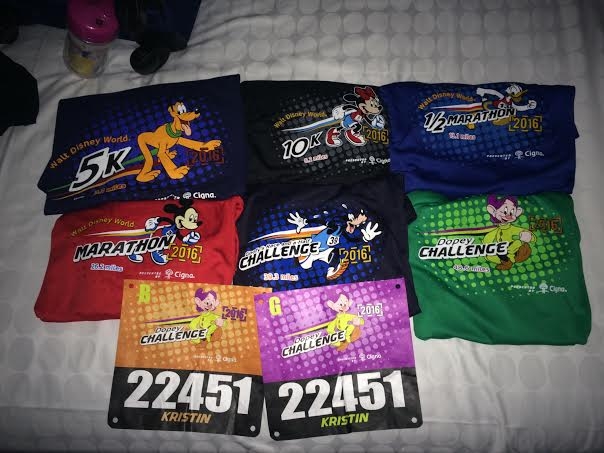 I have been planning a trip to run the Dopey Challenge for about two years now. My obsession with this race actually started after I ran the Tinkerbell Half Marathon in January of 2013 and a google search showed me that Disney World had a full marathon! Well then, from there, I saw the Dopey Challenge, and I immediately thought “Come on! If I’m already going to be there I might as well run all the races, right?” So for the start of our 10 day trip, we flew down to Orlando on Tuesday, which was a day earlier than the
Expo was open. I purposely did this because we would be coming from California, so we needed to have a few days to adjust to the time change. (Side note – this never was successful, but more on that
later!) After a long day of travel, we checked in around 7pm to Pop
Century, had a good dinner, and tried so hard to go to sleep with all
of our Disney anticipation.

The next morning we woke up and made our way to Magic Kingdom before we had to go to get our bibs. Before we even stepped foot into
the park, one of the items on my list had been checked off: see rope
drop! In all of my previous Disney trips, I had yet to see this happen. It was the perfect way to start the day! 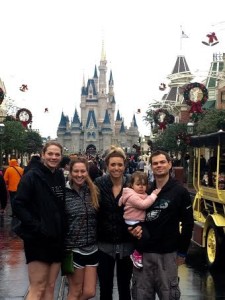 My husband, daughter and I started with breakfast at Cinderella’s
castle, complete with my daughter dancing for Snow White and showing off her shoes to Princess Aurora! This was the first time we had splurged on a meal at Disney that expensive, and I have to say I was very disappointed with the food. The portions were tiny, and my meal was just not appetizing at all. I hate saying that, because I knew going in we were paying for the atmosphere, but to be honest, I’m usually never disappointed with the food at Disney parks. 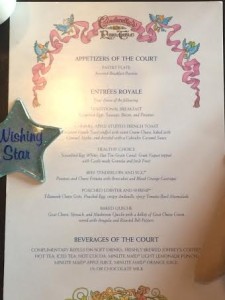 Other than that, we got to see the beautiful interior of the castle with the stained glass windows and high peaks and then of course, the princesses. My daughter, who is almost 2, had a really good time and our waiter was very sweet. Even though I didn’t care for the food, I was pretty happy we made the time to do this. 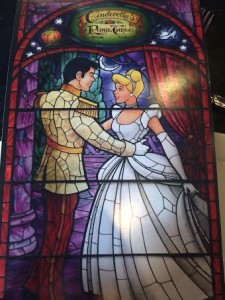 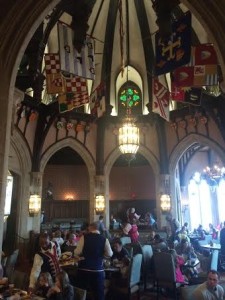 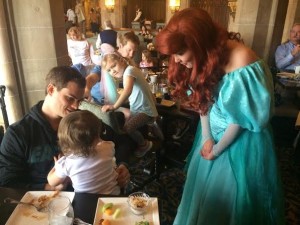 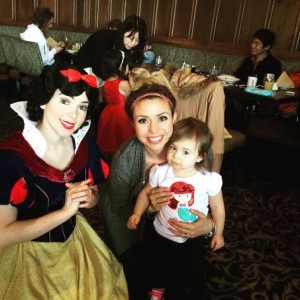 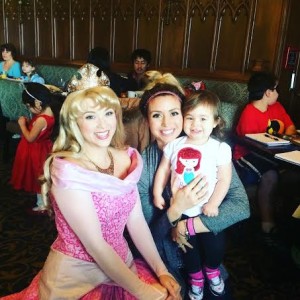 Right around lunch time, we walked over to the Contemporary Resort to catch the Expo bus to ESPN. The Expo was relatively easy to find when it came to bib pick up. I do feel though that the Disneyland Expos tend to be much smaller and easier to navigate.

The ESPN location made it so some of the booths were outdoors and with the crazy wind and rain that day, it made it very easy to just want to leave rather than shop. I did, however, pick up a Dopey magnet and pin on my way out. We were anxious to get back to Magic Kingdom to enjoy our full day at the parks before the races started.

Every time I go to any RunDisney Expo, I always stop at the Sparkle Athletic, Sweaty band, Raw threads, and Clif booths. It’s a great time to grab anything you might have forgotten at home, or a chance to buy something new that inspires you! It’s basically a runner’s candy store! One little thing you might catch is a chance to meet Jeff Galloway who is the official trainer for RunDisney events. In fact, I used his method when I was training for this race! I follow his run-walk-run program which has greatly improved my speed, recovery, and endurance!

I do recommend always having your waiver printed (in case there happens to be a long line) and keep a list of things you want in your head so one you get there, you’re not terribly overwhelmed. I knew going in which booths I had wanted to take a look at to make a quicker decision of how to spend my money. 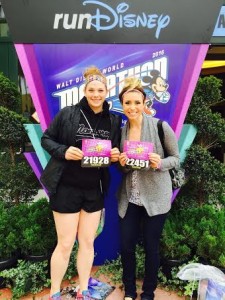 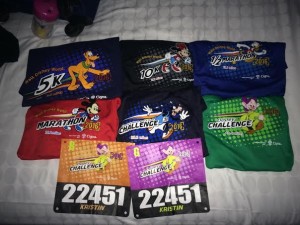 We left the Expo around 2pm and made our way back to the Magic Kingdom to finish our fun, first day. We stayed a bit longer than normal, a 14 hour day, because we were all just too excited to call it quits. Pretty soon we were off to bed for our 3am wake up call! More on this in the next post, stay tuned!