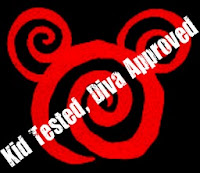 You just sat down to lunch and you hear it… “Mom, I need to go to the bathroom”. You look at your spouse who shrugs and you unfold your giant Disney map to locate the closest loo. Disney maps are really not all that user friendly for the frequent bathroom visitor. You finally locate it and its covered up (aka, a lot of people are in there!) As your child does the “pee-pee dance” and you tell them to “keep holding, keeeeeppp holding….”. Sure would be nice if you knew where the less crowded bathrooms were.

Now I can’t guarantee that if you go in June, or December when the crowd is a 10 out of 10 that you won’t have a wait, but there are a few places that if you’re willing to walk just a little further you can cut down your wait significantly.

If you’re in the Main Street area…

Front of the park: When you first walk into the park look to your left. There will be a visitors center and the fire-station is close to that. Between those two is a good bathroom. Because it is so close to the front of the park most people walk right past it, unless its around a parade time or park-closing. Its set back a bit so its less recognizable.

If you look to your LEFT you will see Caseys’ Corner Hotdogs, walk in that direction where the picnic tables are. Just on the other side of Caseys you will find a great bathroom and a nice place to just sit and relax. The bathroom is literally right between Caseys and The Crystal Palace.

If you walk to your right (toward tomorrowland) there are actually TWO sets of bathrooms there. One is just on the other side of the Plaza restaurant. Its set back a little. The second is one of my FAVORITES!!!

**DIVA FAVORITE** TOMORROWLAND TERRACE BATHROOM – As you go up a slight incline you’ll come up to a restaurant that I have only seen open ONE TIME in all my many trips to WDW. Its called the Tomorrowland Terrace Noodle-Station. On the RIGHT of the station is the bathroom. This bathroom is very rarely used (so it doesn’t stink either) and I’ve never had a wait. The cut-through through tomorrowland terrace is also the least-crowded way to move from Mainstreet to Tomorrowland.

If you’re on the Tommorowland side of Fantasyland.

Directly across from The Mad Hatters Teacups is a pathway that would lead you all the way to the castle. There is a building on your right that is done in a more storybook form (while the one on your right is very tomorrowand). On the BACK SIDE of that storybook building is a great bathroom, always clean and rarely used.

If you’re on the Liberty Square side of Fantastyland.

On the side of Pinnochios Village Haus (resturant) there are good bathrooms. I think they sort of blend in so people don’t use them as frequently because they think its just a resturant.

Also on the OTHER side of Peter Pans extremely long que there are some bathrooms. It really depends on the time of the day whether they are busy or not, but in that area there is a SERIOUS bottleneck of traffic (they’re about to do construction actually to fix that) so I wouldn’t use that one unless your child is just about to burst.

If you’re in Frontierland.

It’s a bit of a walk, but ironically the best bathrooms are just on the exit of splash mountain. When you normally go to the right you veer to the left to enter the que, but if you went straight you’d see a chlds playground under the train tracks. if you continue straight there are some excellent bathrooms on your right. There seems like there would be a lot of traffic from those, but really people don’t really stop as they leave the ride.

If you can sneak in to Pecos Bills they’ve got great (and very airconditioned) bathrooms in there, but they’ve been monitoring their area a lot more (read Beware the Seat Police)

If you are in Adventureland

You really should hit the bathroom between Casey’s Corner & Crystal Palace on the walkway to Adventureland because (in my opinion) theres not a really good bathroom in Adventureland.

And there you go, the best bathrooms in Magic Kingdom.