Don’t Wait: Why You Ought to Take Your Toddler to Disney 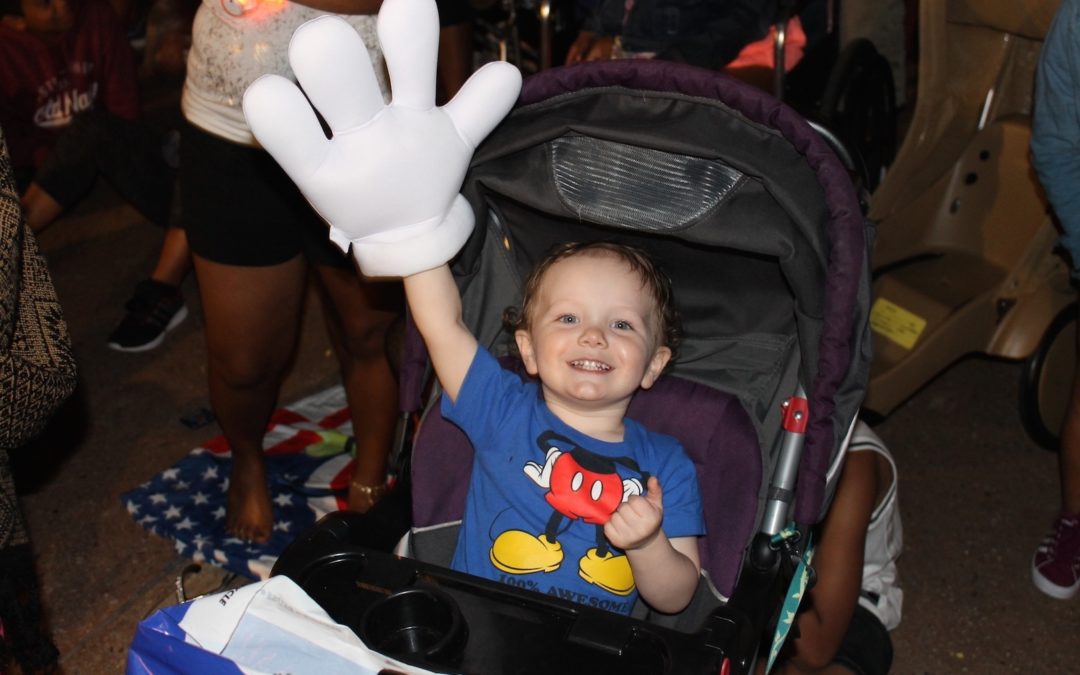 The pavement was hot beneath my skin under the relentless Florida sun.  Sweat traveled in tiny rivulets down my back, and my year-and-a-half-old daughter’s hair was plastered to her forehead.  I had liberally applied sunscreen over the course of the day, but I was still skeptical of its powers.  We tried staving off the heat by sharing a Mickey bar, practically devouring it in our haste to savor it before it melted into a sticky puddle at our feet.  My daughter’s chocolaty grin and bright eyes were testament to her excitement as the air came alive with an upbeat tempo and brightly colored parade floats emerged from the haze like so many desert mirages.  I watched my daughter watching the parade, my eyes locked on hers, thankful for the dark sunglasses that hid the tears pooling in the corners of my eyes.  I watched her, giddy with joy, her tiny hands clapping excitedly, chubby little legs kicking wildly, diminutive voice squealing gleefully.  The magic was palpable as princesses twirled in sparkling gowns and rainbow-bedecked cast members danced and sang in the streets with contagious exuberance, and we were part of it all. 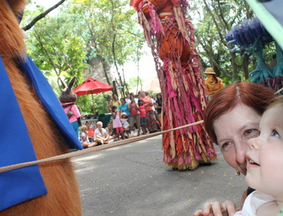 At some point, the heat ceased to matter; I forgot my fear of lobstered skin, and I wished with all my heart that those naysayers of doom who warned me against taking a toddler to Walt Disney World in the middle of summer could bear witness to my daughter’s unadulterated wonder in the face of the enchantment that surrounded her.  I believe that in that place and in that moment I experienced true happiness as I watched my daughter become bewitched by Disney magic, happiness that transcended physical discomforts and suffused my being until it began to seep out in salty tears of joy.  I believe that every parent and every child should experience this magic and witness the joy that comes from being immersed in Disney enchantment. 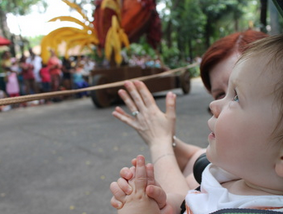 Fast forward four years, and this same scene played itself out again with my almost two-year-old son. His effervescence bubbled over and our popcorn exploded on the hot pavement beneath the stroller, mimicking his merriment as the Festival of Fantasy parade wended its way by us, mesmerizing his child-eyes with princesses, pirates, and the fire-breathing dragons of his fancy. I spent more of the parade memorizing his face, taking in his every reaction than I did watching the creative costumes of the high-stepping dancers. Even the music and its catchy refrain faded into the background as my son, that little boy so filled with elation, became my sole focus. 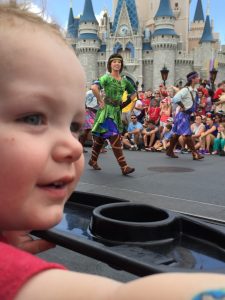 To all those people who say a Disney vacation would be wasted on a young child, to all those detractors who might claim that small children will never actually remember this moment, to all those families afraid to face the inconvenience of pushing strollers through crowds and bag-checking diaper bags at the park entrance, I would encourage you to rethink your position. There is special magic to be had when you take your toddlers (or infants) to Disney. That’s not to say, of course, that everything will be all magic and pixie dust (my son did, after all, throw a glass plate off our dinner table, shattering it on the floor of an Epcot restaurant on our last trip– much to my chagrin), but I have many more happy memories than meltdown moments. 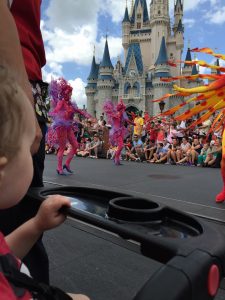 My own first trip to Disney wasn’t until I reached high school, after spending at least a decade jealous of peers returning from vacations sporting mouse-gear.  I still remember my own father’s look of intense expectation deliberately trained on my younger sister and me as we rounded the corner of Main Street USA and saw Cinderella Castle for the first time.  I know I gasped audibly, eyes wide with wonder.  Any teenage-angsty feelings I might have been harboring vanished in the wake of my own amazement, and thinking back on that memory, I yearned to share that feeling with my own children, before it was too late. There is something truly special about Disney magic, something that transforms joy into pure bliss and makes happiness even happier, something that every parent and child should share at least once.

Every day, as I anticipate our next trip to Disney, I remember my daughter’s eyes shining with exhilaration, my son’s gleaming with jubilation, mine brimming with tears of joy, and I await future moments of magic.  I believe in the wonder and optimism of Disney, and I can’t wait to share more Disney moments with them.

In addition to watching your children watch the parades and experiencing the Disney Parks through their eyes, here’s a list of other perks of taking toddlers to Disney that you might not have considered: 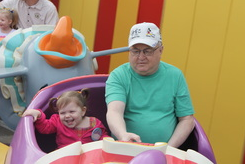 2. Sharing Disney snacks with a toddler is so much better than sharing with an adult. Toddlers don’t eat nearly as much, so you’ll actually get to enjoy more of that Sleepy Hollow fruit and Nutella waffle sandwich or that delicious custard-filled piece of school bread from the Norway Pavilion at Epcot than you would if you were sharing with a grown-up. 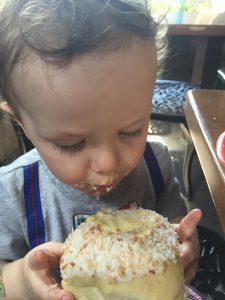 3. Taking a toddler to Disney is a money-saver. Children aged two and under get admission to Disney Parks for free. The same is definitely not true for grown-ups.

4. Strollers are actually pretty convenient storage devices. They’re a great place to store your refillable mugs and ponchos so that you don’t have to carry them around in the parks with you all day.

In closing, my advice to you is this: don’t waste another moment waiting for your children to reach some arbitrary set age to take them to Disney. Contact  Patricia with All for Dreams Travel to book your vacation now, before any more of their childhood slips away. 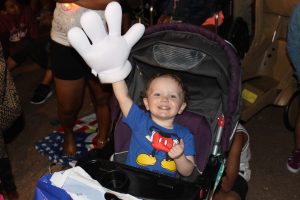 Hi! I'm Stephanie, aka the Fancy Free Diva. I'm a mom from Maine, and when I'm not in the classroom teaching irony using clips from Frozen and Mulan, I can be found playing with my own kids and planning our next Disney trip. I'm an Annual Passholder at WDW and a DVC member, and on cold winter nights I'm usually dreaming about summer vacation when I can take my family back to Florida and be fancy free!