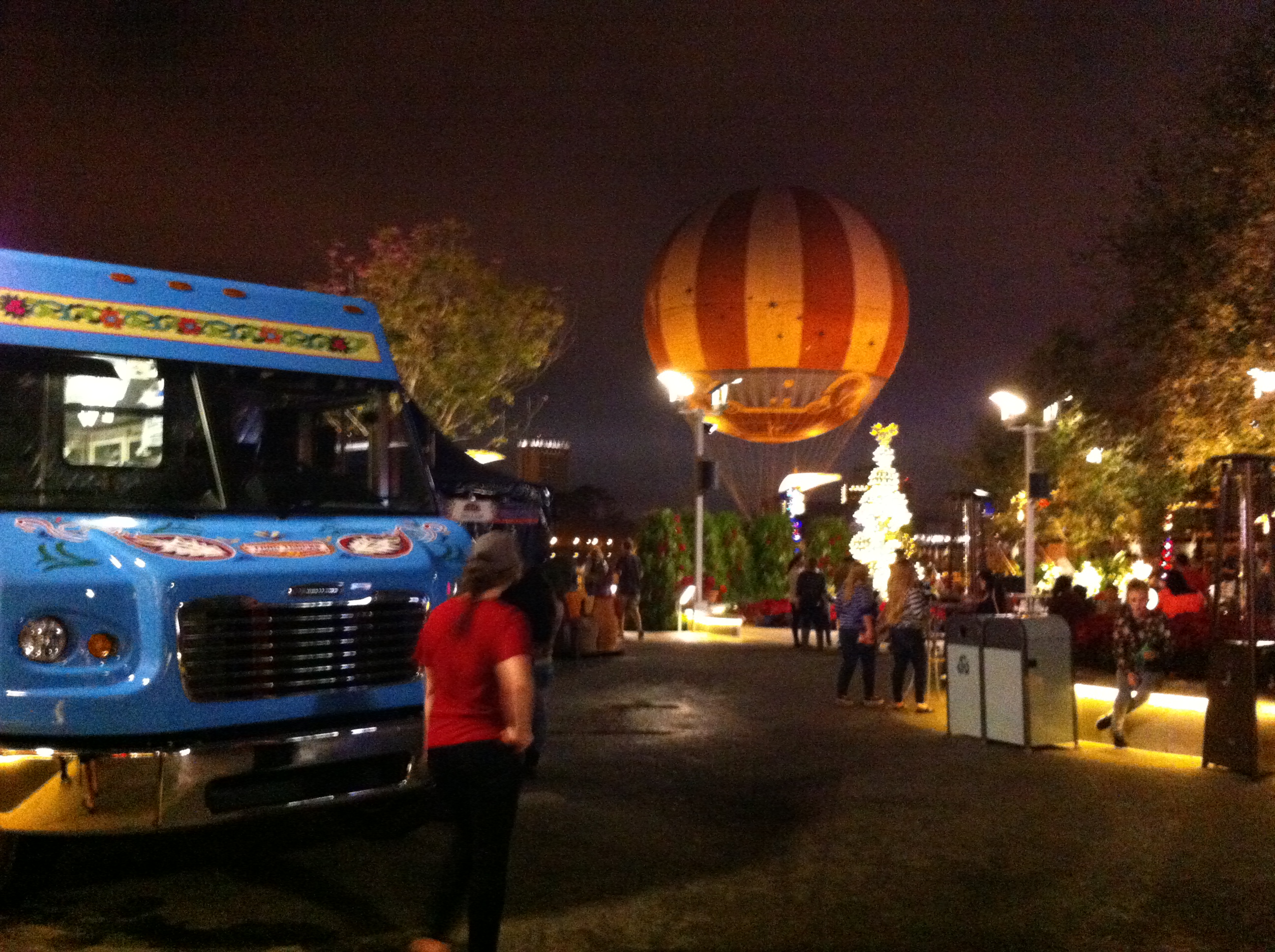 There are a lot of changed coming to Walt Disney World. Everywhere you turn, there are constructions walls and something new being imagined. But, that’s the way Walt himself wanted it. He said, “Disneyland will never be completed. It will continue to grow as long as there is imagination left in the world” and I’m sure he would say the same about Walt Disney World as well. So, while the construction walls may be a little disappointing for now, think of all the amazing things that will be there when they are lifted! 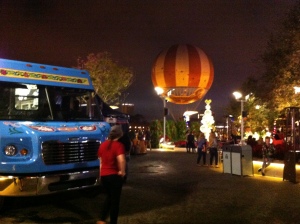 One of the largest projects on property is the changing of Downtown Disney to Disney Springs. While there is a lot of work still to be done, a lot of little construction walls keep coming down to reveal smaller exciting things. One of my favorite reveals was the Downtown Disney Food Trucks in the Westside area near Starbucks. Their are four trucks that feature a variety of different food from all four theme parks, plus Disneyland. Each truck has it’s own theme and features a small handful of items selected from the parks. 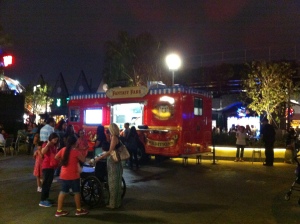 There is the Fantasy Faire Truck, with yummy treats from Magic Kingdom that features the Croaque Monsieur from Be Our Guest, Sticky Chicken and Waffles from Sleepy Hollow, and Hand-Dipped Corn Dogs from Disneyland. Personally, I loved the Chicken and Waffles and I thought they were much better from the truck than from in the park. 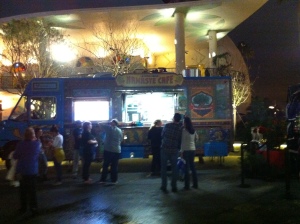 There is the Namaste Cafe Truck that lights up your taste buds with food from Animal Kingdom. It features Butter Chicken, Lamb Kefta, Tandorri Spiced Shrimp and the Naan and Samosa Dipping Safari. I’ve had the Spiced Shrimp from this truck, and let me tell you, if you are not one for spicy food, you may want to stay away from this truck. While the food was delicious, I was glad it was served with rice because my mouth was on fire! My friend had the Lamb Kefta and was also surprised at how spicy it was.

There is the Superstar Catering Truck with food from Hollywood Studios. They feature food like, the Margarita Flatbread, a Slow-cooked Pot Roast Sandwich, and a Turkey Meatball Sub. I personally have not had anything from this truck, but that is more from lack of space in my stomach than lack of want. 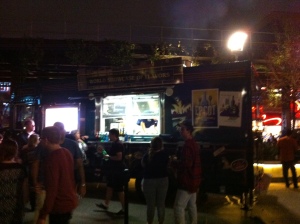 Last, but not least, there is the World Showcase of Flavors Truck, and I’ll only give you on guess where they found inspiration for these dishes. The dishes they feature are Pierogies with Kielbasa and Caramelized Onions, Grass fed Beef Sliders and a Grilled Chicken Breast Gyro. I’ve tried the Beef Sliders before, and they were pretty dang good! The patties themselves were much better than you would expect from a fast food place and the toppings they had on them took your taste buds to the max! 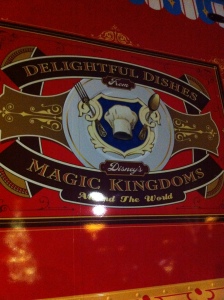 Overall, eating at these food trucks is a good experience. They all have video screens on them that show pictures of the food to help you decide what you want. They also accept the Disney Dining Plan, which I know may or may not sway some people into checking it out. My one negative is that they are a little slow. They usually only take one order at a time, make that order and then take the next one, making the whole process pretty long. I have seen them take multiple orders and then call out numbers, but that was still a slow process. While the food is definitely worth waiting for, I don’t recommend this place if you are in a hurry or if you have a hungry little one ready to gnaw off your leg. And while the variety is nice, if your party wants to order from different trucks, you will be waiting even longer. There is also a positive and negative to the food trucks being parked around a small arena for a performer. I’ve never been a huge fan of going to the West Side at night because of all the music loud enough that I can’t hear myself think and needing to scream over it to talk to my friends and family. I love live music, but I like to be able to enjoy it if I chose, not have it shoved in my face from a mile away. But the arena near the trucks is small, and on the last time I was there, there was a girl playing songs on a violin and singing, which was not only impressive, but enjoyable. I didn’t feel like I had to scream over her to plan the rest of my evening, but I also found myself lingering to listen to her, which is more than I can say for anyone else. So, if you are looking for a bite to eat while shopping, hopping to get some park food on the first night of your trip or just want something yummy in your tummy, I do very much recommend these trucks! I think they might even be in slight competition with Earl of Sandwich!