Driving to Disney World from the East Coast 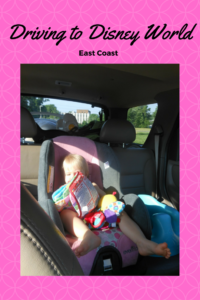 Depending on where you live, driving can be a great option if you are looking to save money on a Disney vacation. The more things you add to a trip the more it can become very expensive. Airfare is one of those expenses that can sometimes cost more than your entire Disney trip! If you live on the East Coast and are looking to save some money, try driving!  I have included my family’s driving route from New Jersey. 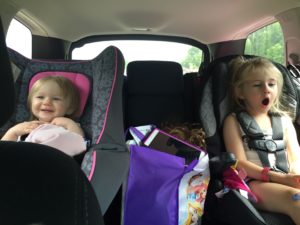 I am not a huge fan of flying.  I would do it if I have to but I would prefer not to if possible. Luckily, I have a husband who does not mind driving. We live in New Jersey so Disney World for us is about a 16 1/2 hour drive. That does not mean you are going to be sitting in your car for 16 hours straight! You are going to be making several stops along the way including an overnight at your halfway mark. 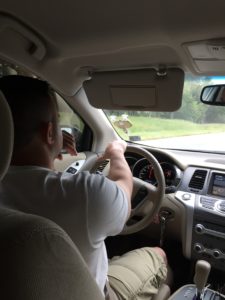 We usually leave for Disney World on a Saturday morning at 8 AM.   In New Jersey, we take the turnpike  to I-95 so there’s less traffic and less congestion on a weekend as opposed to during the week with rush-hour. We take bathroom breaks every couple hours and will even stop off for a coffee or something quick.

I travel with my two young daughters. We have driven to Disney with them several times and it has never been an issue at all.  Anytime we would make a stop, I would get the kids out to stretch and get some fresh air which only took a few extra minutes. My husband and I would pack a cooler with sandwiches or something for lunch just to save time on that first day. (You also have fast food places along the way no matter where you are if you would prefer to do that.)

Depending on what type of vehicle you are driving will affect how many times you have to stop and fill up for gas. We have a Nissan Pathfinder, which is pretty good on gas mileage, especially on the highway. We usually fill up three times the first day, give or take.  This past summer it was around $75 one-way (both driving days) to fill up our gas tank.

We usually book a hotel room at the Holiday Inn located in Florence, South Carolina. A double bed room would probably only run you around $125.  We have stayed at this hotel several times. I like it because it is in an area where there are a lot of other things around you, and not some random hotel off the highway. There are places to eat and other hotels and some stores nearby. With making minor stops that first day, we normally get to South Carolina if there is no traffic by 6 o’clock at night. By staying in a hotel and getting there at a reasonable time, that gives you a few hours to sit back, relax and unwind you can have the opportunity to have a nice sit-down dinner someplace local. It also helps you become well-rested for the following day. What does the following day mean? It means you are arriving at Disney World of course! You will want to be well-rested for that! Staying at the Holiday Inn is nice because they give you a complimentary continental breakfast. This past summer, once the kids were awake around 6:00 or 6:30 in the morning, we packed up and headed downstairs for breakfast. We try to be on the road by 7:00 or 7:30 AM. By doing that, we generally arrive at Disney no later than 5:00 PM that day.

The same thing goes with driving home when you decide to leave Disney World. We try to leave a little bit earlier usually around 7:00 or 7:30 to head home. At that point, I feel like the vacation is over and if you’re willing to brace yourself for a long day, you might just want to get home since there’s not much you can do that morning. You will make the samestops like  on the way down. The only differences instead of staying overnight in South Carolina, we try to get a room in North Carolina. Again, we chose a Holiday Inn off I-95 near the area of Fayetteville, NC.  Gas for the trip home was basically around the same going down: $75. This means round-trip it was about $150 in gas plus your hotel rooms.

On two different occasions we chose to drive straight home.  One year several years back we were making very good timing on our way home which was in April. We did not hit any traffic in any of the states. That morning we had pulled out of Disney World at 6:45 AM and we were home in our driveway in New Jersey at midnight. If you’re making good time and everyone is content, why not do it and save yourself the money for the hotel.

If you don’t mind driving and your family can handle it, I highly recommend it. I like the idea of saving all that money and not giving it to the airlines. For my family of 4 this past summer from New Jersey it was going to cost us $2,000! Driving round-trip and staying in a hotel driving to Disney and coming home was around $500!

Another perk? I like the idea that I can pack and bring as much as I need especially with having small children. It’s nice to bring whatever toys I need for them and all the extra snacks and drinks. I am able to pack toys and things to keep them busy.  If we were to fly I would not be able to bring nearly everything that I do. That includes cases of water, diapers, extra clothing, etc. I would pack extra snacks and breakfast items which all goes right into our room with us in Disney World.  The more food we pack, the more money we can save while in Disney World. 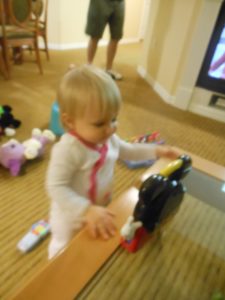 Give driving a try. It is an amazing feeling pulling into Disney World driving under that arch in your own vehicle. It really makes you feel like you’re driving into your home. 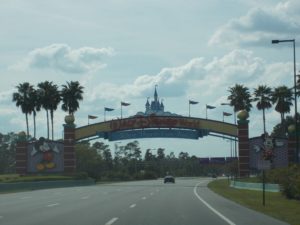